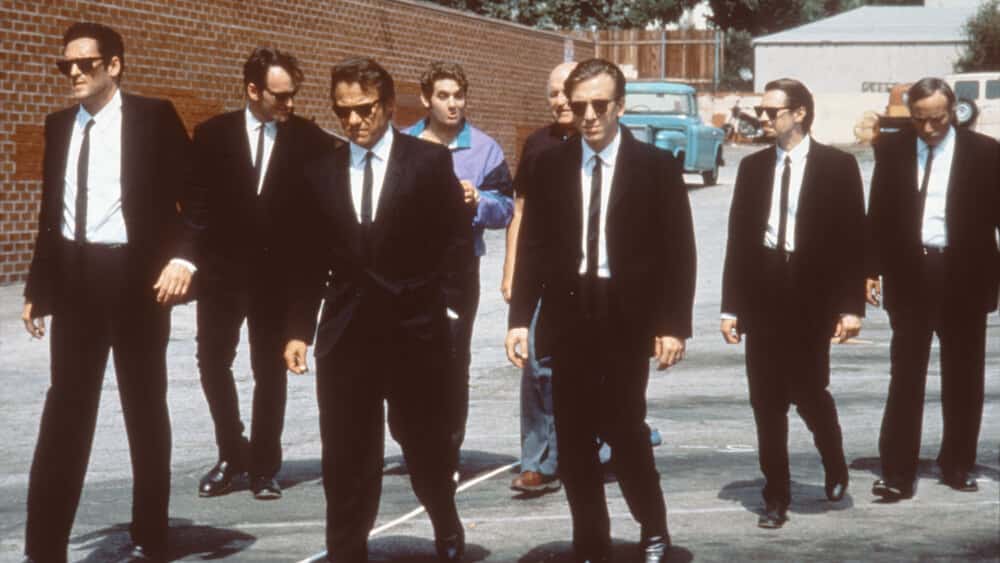 I watched Django Unchained in 2016 and can’t remember much from it at all, and everything else I’ve heard about his films have made him out to be this godlike director. So, when I saw a boxset of five Tarantino blu-rays on a popular storefront for 12 pounds, I thought ‘Why not?’.  I’ve never seen most of these films before, so I also thought I’d write down my thoughts of every Tarantino film as I watch it.

Where better to start than at the first of his eight films (at least until July 2019), Reservoir Dogs?

Everything I’ve been told about Reservoir Dogs paints it as the epitome of film, the very peak of quality. Sad to say that, while I certainly thought it was a good film, I didn’t see the shining beam of light that everybody else saw. As it stands, the story is sound, a mystery about who sold out the titular group of diamond thieves. It’s a pretty damn good mystery, so it’s not the plot that lets the film down. Rather, it is some of the performances. Most of them are great, but a few just had me feeling ambivalent.

Tim Roth, especially, is fantastic in what is so far my favourite role of his, Mr Orange. Oh yeah, did I mention every main character in this film runs about under an alias? Cos they do, and each one pertains to a colour. But anyway, I’m getting sidetracked. Roth is especially fantastic in this, and the others (with one exception) are equally so. I loved the performances of Harvey Keitel’s Mr White and especially adored Steve Buschemi’s Mr Pink, who is possibly one of the best characters in a Tarantino film, ever.

My main issue is Michael Madsen’s Mr Blonde. He just didn’t do much for me, and in direct comparison to his co-stars is by far the weak link of the feature.

In terms of cinematography, this is also not one of Tarantino’s stronger pieces. This was the first of the Tarantino collection I purchased that I actually watched, and before writing this review I’ve now watched four more (Pulp Fiction, Kill Bill Volume 1, Kill Bill Volume 2 and Inglorious Basterds) and, honestly, I think this is the weakest of the four. It’s not that the direction is particularly bad, it’s that it’s nothing special.

So yeah, overall Reservoir Dogs is an excellent, albeit flawed, film. It’s a worthy beginning to the legendary director/writer’s career and a fine mystery film to boot.