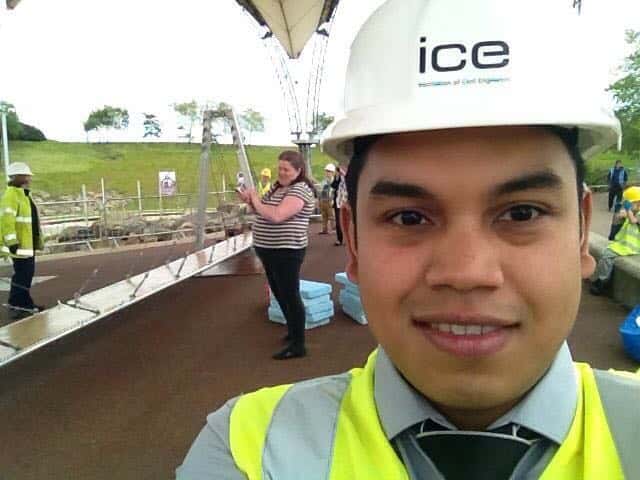 Jeffri Ramli as an Ambassador of the Institute of Civil Engineers

On a busy day in Newcastle, as shoppers mill about with their business, a singer on the side of the road sings A Whole New World with rigor and dramatism, drawing the attention of a pleasantly surprised crowd.

But who is this gentleman? Little did the crowd realise that this singer on side of the road was among the rising stars of the North East. He is Jeffri Ramli, born in Malaysian but living in Newcastle. He appeared on the Voice UK the night before.

A while ago, Jeffri made headlines all over Malaysia with his appearance on the Voice UK, during the last blind audition on February 20. He sang Valerie by Amy Winehouse, which he agreed, was ‘a grand achievement in itself’. But what made him viral was an unexpected request by Will.I.Am, one of the four celebrity judges.

“Just one question, do you know how to do the traditional Malaysian dance?,” Jeffri was asked.

Will.I.Am was referring to the Puco Puco, which is a traditional dance originating from Indonesia, liken it to the Electric Slide.

Jeffri was only willing to show the American performer his moves, eventually leading to having all four judges including, Ricky Wilson, Paloma Faith, Boy George, and Will.I.Am, on stage. They were treated to an impromptu dance lesson while their dance was being broadcast worldwide.

In Jeffri said: “I didn’t even expect it. It’s quite funny but I’m satisfied with the performance. And when it went viral, it gave me a shock and I just couldn’t believe it.”

It was an amazing sight as well for the Malaysians back in Malaysia, who took to social media to see Jeffri, making him an overnight, viral video star.

“It was great being able to promote Malaysian culture.” 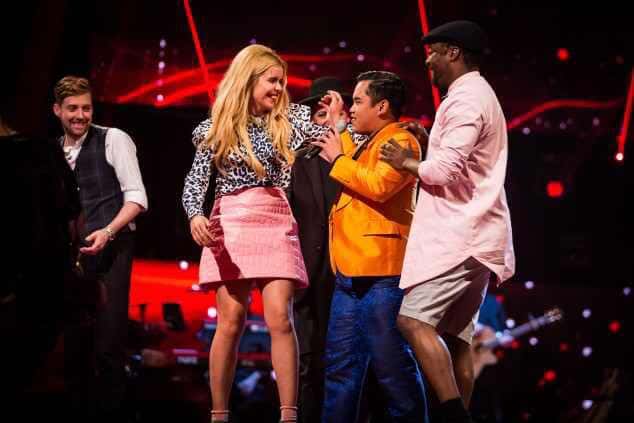 He has performed at renowned venues across the UK such as The Sage Gateshead, The Journal Tyne Theatre, Newcastle City Hall and various international venues abroad.

He has even performed live in front of the King and Queen of Malaysia at the Malaysian High Commission in London in 2014.

But how did Jeffri start his music journey?

Originally hailing from Malaysia’s capital city Kuala Lumpur, Jeffri has resided in the UK for the last 14 years. He lives in Newcastle (as already mentioned), where he works as an engineer with the Institution of Civil Engineers in Britain.

Jeffri started performing from a young age, being quite adapt at it, despite having had no formal training.

He recounts his first performances when he was at the age of six at the Central Market in Kuala Lumpur, where he sang La Bamba to the crowd.

“My inspiration for music came when my father gave me some cassettes of Disney songs when I was young. My favourite songs were A Whole New World and Beauty and the Beast.”

He has since gone on to appear on competitions such the ITV’s X Factor 2014 and has also won the Grand Prize for Best Singer when he was on KBS K-Pop World Festival 2014.

Another surprising fact about Jeffri is that he is fluent in Korean and has actually been invited to perform at the Embassy of the Republic of Korea in London.

Jeffri has also taken an active role in his community by volunteering as an ambassador of Institute of Engineering for their outreach programs.

“I go to different schools, colleges, and universities to promote Civil Engineering and Science subjects. We run a lot of high profile activities, seminars, and learning events.”

Jeffri shares some of his experiences in his journey, speaking about when he first arrived in the UK and what drives his passion to perform.

“It was a real culture shock with so many different accents around. Luckily, I adapted well when I began working.”

“What really drives my motivation to perform is because I want to contribute something to my family and my country, and to prove to my family and others that I can do well performing. And I feel like I have succeeded in doing that.”

Jeffri intends to enter into more competitions. He is also working towards releasing his single, with plans for an album.

“I hope to compete in more competitions and strengthen my craft further. If I could, I would perform in Las Vegas because all the Superstars have performed there, and maybe even in front of Queen Elizabeth II.”