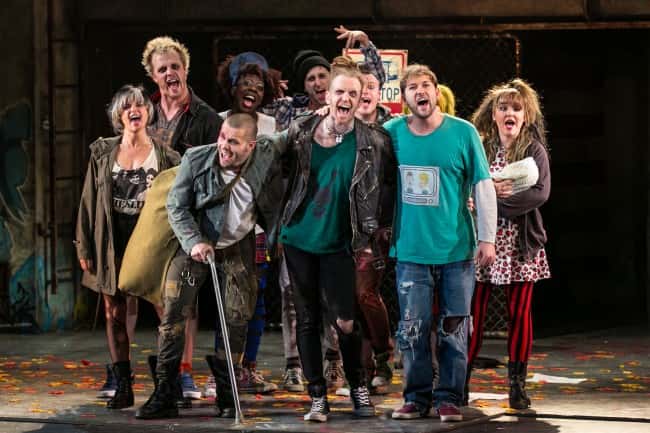 Multi award-winning musical American Idiot is rocking the Empire theatre in Sunderland this week, and Northern Lights went along on opening night to see what all the fuss was about, and boy, we were not disappointed!

Based on the generation defining album by punk-rock legends Green Day of the same name, American Idiot was written by the bands frontman, Billie Joe Armstrong, and centres on three teenagers in the angst ridden aftermath of September 11.

Seeking purpose, two of the boys, Johnny, portrayed amazingly by singer songwriter Newton Faulkner, and Tunny (Lawrench Libor), flee from small town USA to find their own path, while Will (Steve Rushton), stays at home with his pregnant girlfriend awaiting fatherhood.

While Tunny is seduced by commercials, fed through TV screens which hang from the ceiling, to join the army, Johnny becomes infatuated with Whatsername (Amelia Lily), and quickly falls in love with her. The spine-tingling spark between Amelia and Newton on stage is breathtaking – the pair really connect with their characters and make every scene with them in spectacular. 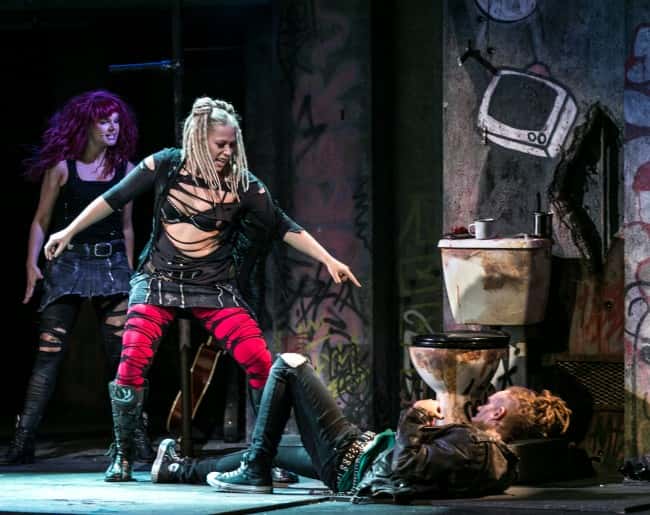 Soon, Johnny makes a ‘new friend‘ in the form of St Jimmy (Lucas Rush), who introduces Johnny to drugs for the first time. He rapidly becomes addicted to heroin and there are some truly haunting and disconcerting scenes involving drug use and suicide that may distress some members of the audience.

The set design is deceptively simple, and really does absorb the venue, with ladders and poles allowing the cast to climb and swing around the stage like children on monkey bars. It’s appropriately grungy, and it was refreshing to see the guitarist and bassist on stage at all times, as they really brought the production together.

Even though genuine and sincere, American Idiot does include snippets of humour, which left most of the crowd laughing in their seats, and the casts rendition of Green Day’s Time Of Your Life at the end of the show is a bit of a tear jerker!

All in all, ‘American Idiot is truly fascinating and a must-see for theatre enthusiasts and Green Day fans alike! 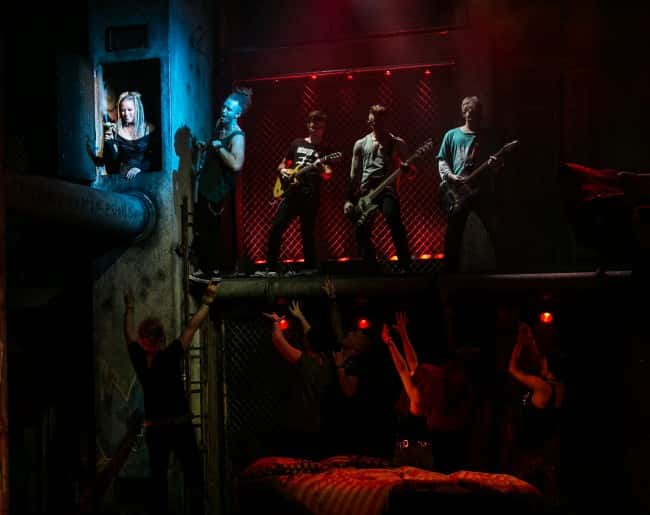