Beamish: travelling back to childhood 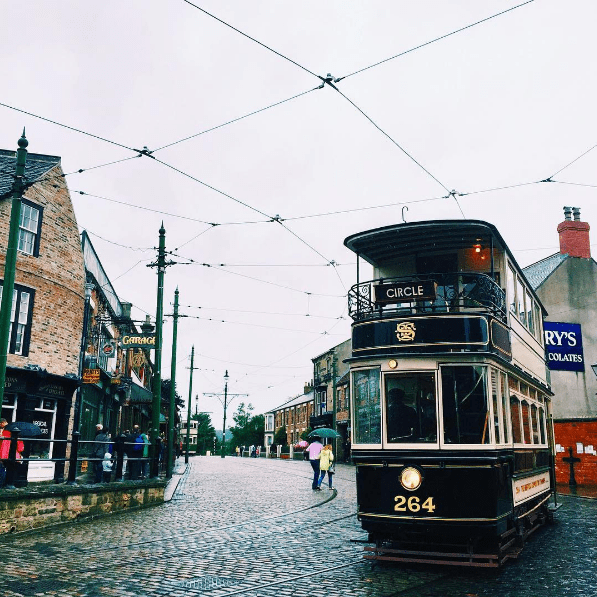 My trip to Beamish, the open-air museum, where the world is stuck in 1913, not only turned back the years for the North East but also for myself. Walking around the museum and being taught lessons from the past with your grandparents made me feel two decades younger. Although I towered over the other grandchildren that attended the museum on Sunday, it was, for this nearly 25 year old, just as special.

If you stand above five foot and six inches, it can be quite difficult to imagine what four-foot feels like on a normal day. But when crouching down in an old mineshaft, you begin to realise that it is much smaller than you think. However, when walking down into the mine the only thought that appears is that you never realised before this moment how small your Nan actually was. She swiftly follows the path down to the pit without hitting her head on the roof once, whilst you watch enviously. 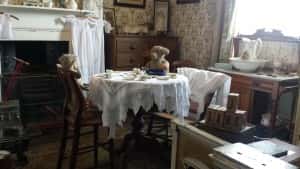 Frank Atkinson, the founder and late director of the Beamish museum captured the essence of Victorian and Edwardian North East England and brought it to life for all to experience. He created a breathing museum featuring a town, pit village, colliery, high street, tramway, and two farms. Visitors could easily spend two days taking everything in, and leave feeling they had truly learned what it was like to live, work and love in the 1900s.

My grandparents had already visited Beamish before I was born, and still chose to come back to 1913 Durham when they travelled from Essex to visit me in Sunderland. They reminisced about buying cigarettes for their parents, and broken biscuits in the grocer’s. Then my granddad proudly told me how him and his family would bathe once a week in the tin bath by the fire. Sunday was bath day. Apparently the father would bathe first, followed by the mother and then the children, and I can only assume that last would be the dog. 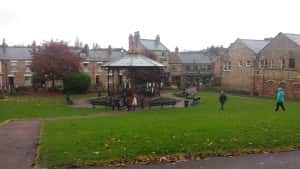 I found myself repeating phrases throughout the entire day: “What?”, “No way!” and “Why?” seemed to be my favourite three. There was so much that my 21st century brain couldn’t understand. Such as: why was the symbol for pence the letter d? And how could tea be one of the expensive and luxury items of that time?

Speaking to all of the ‘habitants’ of the town, my granddad would talk about ‘those days’ as if it was a holiday last summer. As if the early 20th century was an old country home he would want to visit again. My Nan attempted to take a selfie on the tram and realised the camera was facing the wrong direction.

For the under 25’s, the 1900s features familiar items that aren’t so different from today, such as sweet shops, bakers and the co-operative having a loyalty card system – known as a divi. In other areas the past is baffling to comprehend, from looking into the maid’s room at a Dentist’s house, to learning a 12-year-old boy could begin working down the mine. The hardship of life a century ago puts the technologically-obsessed present day to shame; the only worry we millennials seem to have is whether we are connected to WiFi. 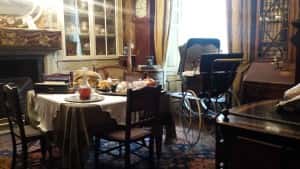 Although the tram took longer than it would to walk around the entire site, and the steam locomotive only moved 200 yards down the track before coming back again, Beamish is like no other place. Walking into townspeople’s houses and seeing them cook dinner, or watching the banker speak to his staff about a missing sixpence fools you into thinking you’re experiencing history for real – even if for only a short while.

But, the best part of the day as to be watching your grandparents come to life as they describe what it was like living through a world war. An individual is never too young to learn from their grandparents, to listen to their stories and let them live in their element. 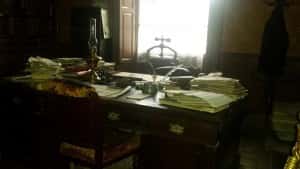 A unique place such as Beamish only makes you wonder what a museum of the times from our own childhood would feel or look like. It’s hard to imagine things from your past will be displayed for all to look at in decades to come. Which is why the Beamish museum is a place for all to see, enjoy and love.

Although the past is history, it should never be forgotten.