How many times is this film going to be remade? At least one more time in this latest instalment by director, Jordan Vogt-Roberts. Undoubtedly, however, this won’t be the last. Although, after the success of the last King Kong directed by Peter Jackson, this one had some very large boots to fill.

There are a copious amount of differences between Vogt-Roberts Kong and Jacksons Kong; the main being that in this newest instalment, we see the giant ape as soon as the film begins. This, however, doesn’t particularly work. When watching a movie about such an infamous and mythical creature, you expect some sort of build-up to the big unveiling. Being introduced to Kong before the majority of the main characters feels a little premature, and in a way, takes some of the excitement out of the film. 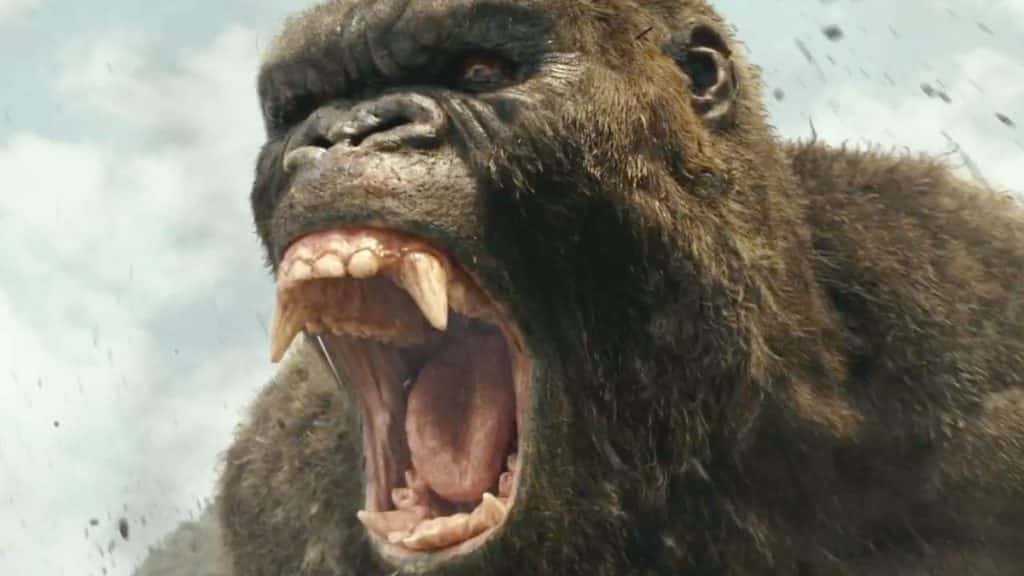 Another difference between the two movies is the star of it all, Kong himself. Peter Jackson had Andy Serkis working with him, who is essentially one of the leaders in the film industry for creating CGI creatures. He worked on Gollum in the Lord of The Rings franchise, and Caeser in the newest Planet of the Apes films. Kong, therefore, was magnificently realistic and detailed, as would be expected. This ape, however, seemed less impressive. Whether the CGI wasn’t quite on par, or Vogt-Roberts was aiming for a different style of CGI to create his Kong, it felt a little too fake at times. The sheer size of him, being the biggest Kong yet, wasn’t enough.

The final main difference between the 2005 remake, to the 2017 film, is the story around why the beast and his secluded island are found. Vogt-Roberts has gone for a much simpler and realistic story, with a man dragging a group of soldiers to the island to find out if the monster he saw when he was a child, is real and alive. He also wants to prove to the world that he’s not crazy, and has in fact been telling the truth. This story should have been the main focus. However, another mistake is made when this character is essentially pushed to the back. 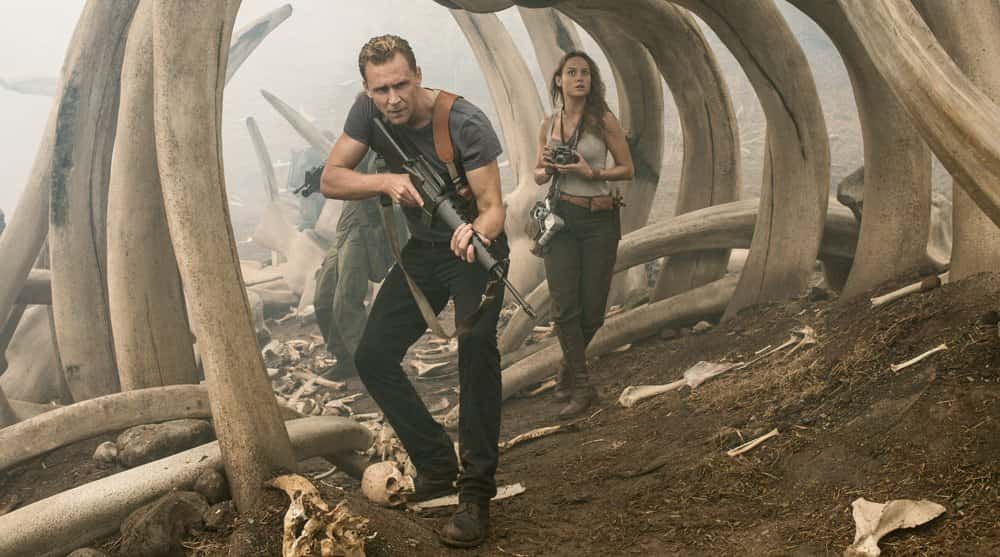 This leads on to the main issue that ran throughout the film; no effort was made for character progression or story-telling. The film feels confused as to who they want as their lead protagonist.

Thankfully, the antagonist, Preston Packard (played by Samuel L. Jackson) is made obvious almost straight away. It has to be said that Jackson is one of the saviours of this movie. Although the film doesn’t take enough time to explain why his character is so bitter and war-driven, his portrayal of Packard showcases every trait that makes you hate humans.

Another actor that helps to keep the film going is Brie Lawson. She plays an anti-war photographer, Mason Weaver who can very much keep up with the men. Her character even saves a few of them, which is an aspect of the main female character that feels very refreshing in this franchise. As well as her capability of fighting to the same standard of the men, she manages to keep the empathetic, understanding side of her character which helps her to connect with Kong.

There is some comic relief in the film from John C. Reilly and his character, Hank Marlow. His comedic timing is on point as always, and his character is far from boring. We are also given a backstory for Marlow, unlike any of the other characters. However, whether he is necessary for the film is questionable. It’s almost as if half way through, it was decided he’d be the main character, and whether that’s the right decision or not is debateable.

The beauty of the location for the majority of this film, however, has to be commended. The backdrop behind the action, the battlefields that are created, and the effects used to make the wonderfully odd creatures that live on this island are mesmerising. If anything, it would have benefited the film to see even more of these imaginative monsters, beasts and giant insects.

The main rule for watching this film is to try not to compare it against the 2005 version. What it lacks in story and character development, it gains in beauty and entertaining action. The biggest connection you feel as a viewer is with the ape, which is how it should be.

With this film being part of Legendary’s MonsterVerse, we have more to come. The hope is that when Kong meets his ultimate nemesis, Godzilla, it will make up for the flaws in this introductory instalment of King Kong.