Review: A Futile And Stupid Gesture 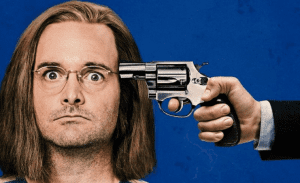 January is the dullest month in the year. It’s the one straight after Christmas. It’s usually the coldest one. The days are actually getting longer, not that you’d ever notice. The only thing to look forward to is the 31st day.

It’s the time of year when we could do with Netflix being exciting, innovative, hugely entertaining…

But what happened? Don’t know about you, but I thought this January on Netflix was the most miserable yet.

From Tom Segura’s mediocre Disgraceful (2018) stand-up special, to the downright weird The Polka King (2018) which provided nothing more than a satisfying Jack Black performance, January was riddled with nothing at all.

But, February is a new month and Netflix seems to be picking up the pace in regard to original programming.

A Futile and Stupid Gesture, starring Will Forte as National Lampoon creator Doug Kenney, is Netflix’s newest offering. We’re seven days into February and this is by far the best thing I’ve seen this year.

A biopic surrounding that of the mysterious Lampooner had never really been considered, with this production being a one-of-a-kind endeavour from director David Wain.

His past work includes Role Models (2008), a run of the mill comedy with a nice bit of direction and enjoyable buddy chemistry between its lead roles. The problem with Wain, for me, is that he’s a great director, but never manages to to utilise his talent fully.

This is prominent throughout this film, with a great deal and variety of camera angles and shots throughout. If anything, this isn’t utilised enough, with the interesting shots coming at the start of the film and the start alone.

Cinematography should never be the focus of a biopic but sometimes it goes a long way to securing a performance.

Will Forte is an odd choice considering Forte is well into his 40s now. Kenney never made it past his 30s, a fact which the documentary oddly prides itself on from start to finish. Although the age difference is obvious, he gives an enjoyable performance in a lead role, working well with the rest of the ensemble-like cast.

Most of the cast seem to be made up of B-list SNL stars such as Joel McHale of Community (2009 – 2015) playing Chevy Chase. To say this is an odd choice is an understatement, especially given the youth of McHale and the obvious physical differences between the two.

A cast of SNL stars sounds, to be quite honest, dreadful. We’ve seen the effects of this with films like MacGruber (2010 – also starring Will Forte).

This isn’t a solely American problem however, British comedians have often fallen to the tempting nature of the big screen. 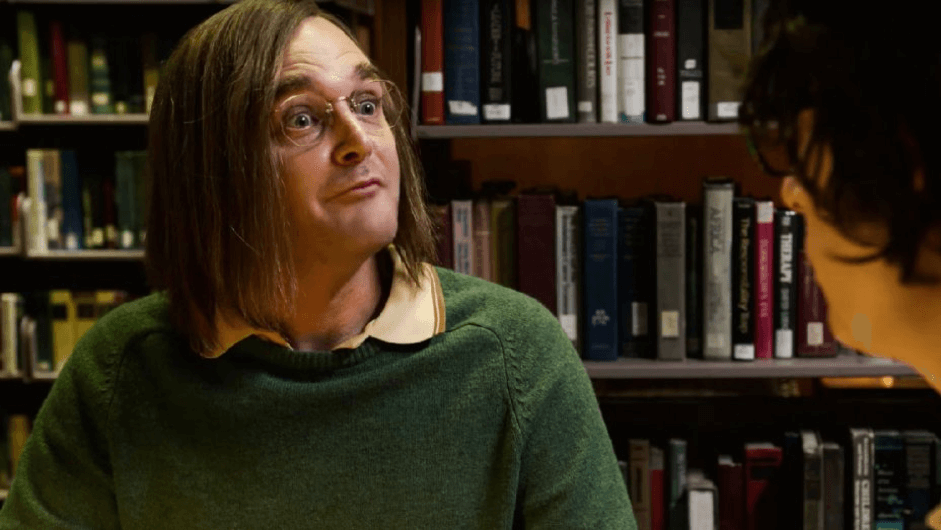 WILL FORTE’S PERFORMANCE IS DIVISIVE, HOWEVER PASSABLE

Understandably, it does take some time for these performances to warm to the viewers, especially Will Forte. Although he does give a considerably grand performance, it is definitely noticeable how half-assed the opening performance is.

To be fair, I’d be half-assing it if I made millions off of the vaguely funny and fantastically dark Last Man on Earth (2015 – Ongoing).

Although his performance in early scenes with his family and college years are lacking, the film begins to pick up the pace when the Lampoon being a business opportunity is introduced.

Writing is absolutely integral to a film of this scale. If it weren’t for the writing being great then it would be a disservice to Doug Kenney, a writer himself. Aside from that one scene which was full of Lord of the Rings puns, the writing throughout was pretty solid.

Coupled with the great performances of the cast, specifically Forte and Domhnall Gleeson (Ex_Machina, 2014) as Kenney’s right-hand man, Henry Beard, the film manages to push its hour-and-forty-minute runtime beyond mediocre.

Although solid, A Futile and Stupid Gesture is no stranger to clichés, specifically the realisation that Kenney and Beard could make a successful comedy magazine. It’s one of those moments that would have been fine as a contained point, however it is used as a crutch for the plot considerably frequently.

I will admit though, there are some great lines throughout this film. The argument for Lampoon being set up as a magazine is that “…kids need something to read while being teargassed,” with some excellent deadpan delivery from Forte.

The montage shots of the magazine cover of National Lampoon were very well implemented, especially the “Negligent Mother” cover, which pictures two housewives chit-chatting while a toy baby drowns in a pool behind them.

Some of the jokes within this film are very hit and miss throughout. The infamous “If You Don’t Buy This Magazine, We’ll Kill This Dog” front cover is replicated superbly well in the poster and also touched on briefly in the film with some enjoyably hilarious scenes.

Some parts of this film do feel very cheap, the introduction of the Lampoon writing team specifically being some of the shoddiest editing and acting I’ve ever had to sit through. It was serviceable, but a film should never strive to be serviceable.

Netflix specials have never been the films to strive for greatness, with the only other enjoyable Netflix special I’ve seen in the past four months being The Fundamentals of Caring (2016).

On the whole, A Futile and Stupid Gesture is a fairly solid biopic that does its job. It’s nothing amazing, nothing that will stand out and, to be honest, will not be a film remembered by anyone that has seen it.

That being said though, it does have some certainly solid performances, especially from Will Forte who gives a surprisingly enjoyable performance in the second half of the film. I should point out that the death of Kenney is performed very tastefully, they have a foodfight at his funeral. It should be noted that this did not actually happen.

But that’s the biggest problem with A Futile and Stupid Gesture, it caters to funny over facts.