The man and legend that was Stan Lee 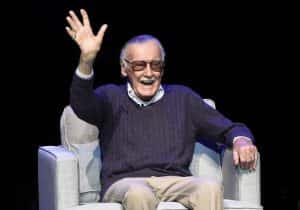 Stan Lee at at the “Extraordinary: Stan Lee” tribute event at the Saban Theatre in Beverly Hills, California in 2017. Source: PA Images

Marvel legend Stan Lee, the creator of much loved characters such as the X-Men, Spider-Man, Captain America and other characters in the Marvel universe, sadly passed away on  Monday, November 12 at the age of 95.

Although this is a sad time, fans can take this opportunity to be grateful for the influence of his work; Lee created a large fan-base across the world and brought imagination and hope to millions.

Lee was born as Stan Lieber in New York City On December 28, 1922. In 1961, with encouragement from his wife, Joan, he sought to create more relatable, realistic characters for Marvel Comics. The result was ‘The Fantastic Four’ and it was the beginning of the ‘Marvel Revolution’.

Classic characters such as Spider-Man, Hulk, Thor and Iron Man would follow.  The resulting Marvel Cinematic Universe, featuring many of Lee’s most famous characters, has grossed over $6 billion at the box office since the release of 2008’s Iron Man.  Lee himself has cameoed in all twenty film releases.

Although he has passed away, fans will see Lee in his last cameo appearance in the next Avengers film, the as-yet untitled second part of Infinity War. It is likely to be a very bittersweet farewell.