Jake Bugg at The Sage: A Preview 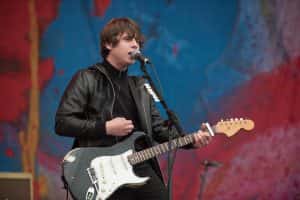 English singer and songwriter Jake Bugg performs on stage at OnBlackheath Festival in London, on September 10, 2017.

Musician Jake Bugg will be coming to the Sage in Gateshead to end his solo acoustic tour on Tuesday, November 27.

The tour began in March at the Innings festival in Arizona earlier this year. After a 12 date North American tour, Bugg performed in Australia before returning home to the UK for his final dates.

The 24 year old from Nottingham will be on stage at 9pm. Fans will be expecting him to play his hit songs ‘Lighting Bolt’, ‘Two Fingers’, and ‘Indigo Blue’, as well as songs from his newest album, ‘Hearts That Strain’, released last year. We should also expect songs from his Number 1 debut album, simply entitled ‘Jake Bugg’.

His latest album received four star reviews from The Times, The Guardian, The Daily Mail, and The Sun. The Times also said he ‘sounds better than ever’.

Bugg’s support act, Declan J Donovan, recently released a new single called ‘Pieces’. Another single, ‘Better’, has had 10 million streams on Spotify. It should be worth catching him at 8pm.

Doors open at 7pm and a small number of tickets are still available. At £24.50, you certainly won’t regret the purchase.