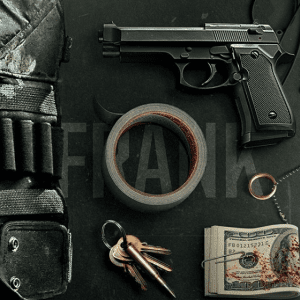 At first, we see ‘The Punisher’, Frank Castle (Jon Bernthal), has gone back to his old ways, slaughtering three unknown individuals after an intense car chase.

Earlier, a young lady in a bar (Giorgia Whigham) mocks Castle for the way he looks. This sets the tone for the rest of the season as she becomes a recurring character. She has a mysterious past and is later found to be on the run, the sole survivor of a small group. First giving her name as Rachel, it turns out it is one of a number of aliases. Later, she is known as Amy.

Although the show has a sinister tone throughout, it also has a bright and comical side to it which it uses it well to keep you entertained through the slower parts of the season.

This is just as well as it also comes with its toe-curling, gruesome moments. An example of this would have been when John Pilgrim (Josh Stewart), the secondary antagonist of the show, has to reset his jaw after a fight.

Billy Russo (Ben Barnes) is only briefly shown in the first episode but gives us a catch-up of what has happened to him since the end of season one. Since the last time, his memory has now become a sort of ‘jigsaw’ as he tries to put it back together.

As Amy and Castle’s bond grows through the season, he begins act as a father-figure, teaching her how to act against armed opponents and defending her if she is hurt by anyone.

Meanwhile, Homeland Security agent, Dinah Madani (Amber Rose Revah), is stuck between a rock and a hard place. She struggles throughout the season to deal with her own internal conflicts.

The showdown between Russo and Castle at the end of the season wasn’t what I was expecting. Compared to the previous season’s fight, it was very disappointing but does makes sense from a narrative point of view.

However, the season’s climax seems to be very open-ended. This could be due to a possible cancellation from Netflix looming. Hopefully, the show doesn’t get shown the axe and comes back with a possible third season, though the way that the Netflix MCU (Marvel Cinematic Universe) is going, it’s highly unlikely.

The show is fantastic from start to finish, even in the slower moments spent building up characters. Every time an episode finished, I found myself watching the next thanks to Netflix’s all-too-handy auto-play function.  If I hadn’t eventually found the remote, I could’ve watched the entire 13-episode season within a day.

It’s definitely a must-watch for any Marvel fan.