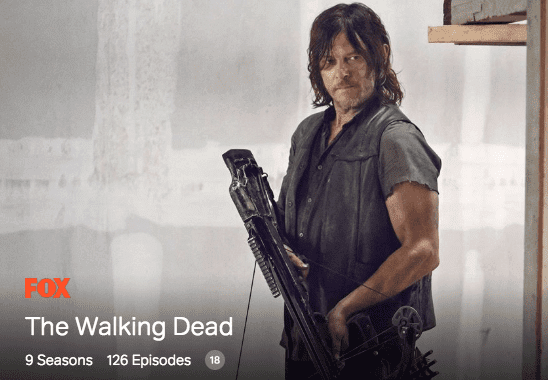 In my opinion, excluding the whole anticipation of the new The Walking Dead villains, the Whisperers, This episode showcased the biggest moment in the second half of season: Beta v Daryl.

Starting off after the events of Episode 12 (Guardians), Daryl is using Alpha group’s essential tool (the dead) against them, creating a distraction to get Henry out of Whisperer captivity along with Lydia. We see the small group (Daryl, Connie, Henry and Lydia) running through the forest, evading any potential pursuing whisperer.

Last week we saw what happens when anyone is ballsy enough to challenge Alpha’s leadership – you better have a good reason, or you’re dead. We now get to see a better understanding of the villainous group’s lifestyle: If you die, they let you turn. Even though the fact that they are willing to turn to walkers for their group, we also see that the group have a sort of sense of community, a bit outlandish, but nice to see.

I understand that Lydia is Alpha’s daughter and they will always have that mother-daughter bond, but how is this going unnoticed with their group? Lydia is Alpha’s weakness, dragging the group around the region and will no doubt lead the two main groups (the newly-civilized communities and the Whisperers) to confront each other once again.

Literally a couple of weeks ago, we saw Alpha order one of her followers to leave her baby for the dead, calling it natural selection. So why should they follow one rule while Alpha follows another? Pot calling the kettle black?

This episode also introduces The Highwaymen. After Jerry passes over a letter to King Ezekiel, there is speculation between the four members in the theatre (Jerry, Ezekiel, Carol – now Queen – and Dianne) that this could be surviving members of the former group called The Saviours, going under a new name. Which it isn’t.

After meeting with the new group, Carol entices the groups to work together (The Kingdom and The Highwaymen) with the lure of watching a movie, since no one has seen one since the outbreak. Their purpose? They will be working on clearing the roads (and keeping them clear) in the build up to the fair. Ultimately, they all come to an agreement, help Tara fight off walkers and help get them to The Kingdom, in time for the said fair.

After evading – or at least attempting to – any potential pursuing whisperer, Daryl and the group look to get the high ground (anyone else getting Star Wars: Episode Three flashbacks?) in attempt to separate the dead from the living. Smart.  However, this well-thought out plan nearly backfires at them.

Connie (who is deaf – and an incredible character) and Henry are able to fight off four different whisperers – even if Henry does take one to the leg. While all of this is happening, Daryl single-handedly fights off three! That includes BETA! One whisperer who just refuses to die!

After trying to silently take out two of these three members of whisperers (with one being very loud), things culminate in one of the biggest fights I have been waiting for since Rick vs Negan: Daryl Dixon vs Beta.

The fight itself is quite short, as you come to realise that Beta isn’t going to quickly kill Daryl because he wants to know the whereabouts of Lydia, which Dixon refuses to give up. The chaotic fight was an entertaining watch, but could have been longer. The ending of it could have been better, even though you know something’s going to happen that will end up with them both surviving.  In this case, it’s Daryl throwing Beta down an elevator shaft, on top of a nearby elevator.

The cliffhanger ending wasn’t really that much of a hook, to be honest. All it showed was an injured Beta getting up and looking around the dark and gloomy shaft, most likely figuring out a way to get out of it.

Let’s hope the show next week has more in-store for us as we near the end of season nine.