The Road To Endgame – Part 15: Guardians Of The Galaxy Volume 2 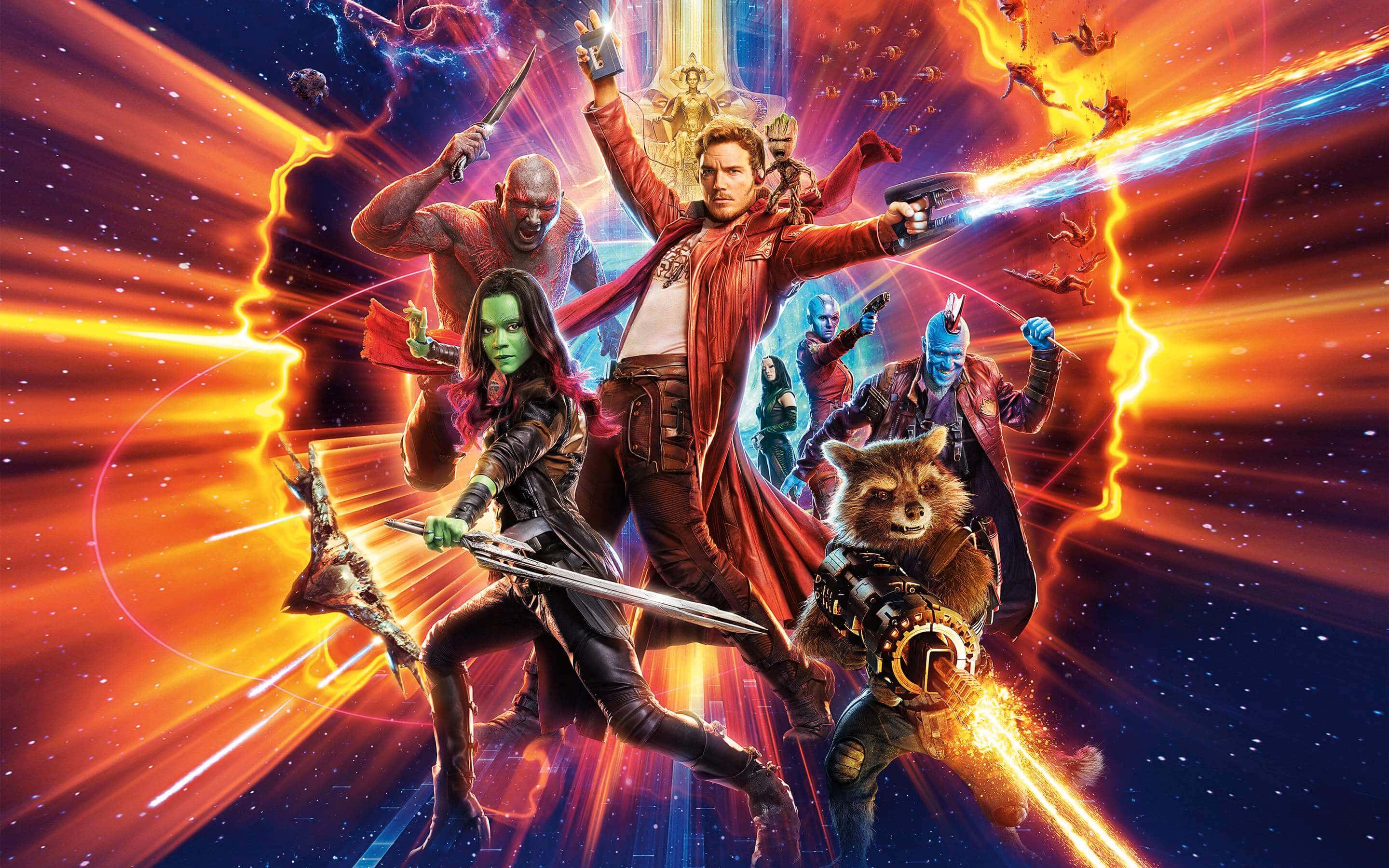 As Marvel Cinematic Universe films go, they don’t get more wacky and colourful than Guardians Of The Galaxy.

The original Guardians Of The Galaxy was great, a sort of palette cleanser for the MCU that was a nice break from the Earth-based stories we’d had until that point. The question is, could 2017’s Guardians Of The Galaxy Volume 2 recapture that same feeling that many of us remember from the original film? Could the 15th film in the Marvel Cinematic Universe still manage to be a good film in its own right?

Short answer, an unequivocal yes. But, you’re here for the long answer aren’t you? You sadists.

The cast bolsters this film to no end.

While the plot is still amazing, the sheer amount of chemistry that the main cast has is incredible. Chris Pratt returns yet again as Star-Lord, a emotionally damaged ex-outlaw. He’s fantastic here, at his peak in fact. I don’t take much stock in Pratt as an actor, but in the Guardians films he really shines. Zoe Saldana is great here as Gamora, although I find her performance lacking when directly compared to Guardians Of The Galaxy Volume 1.

And while Dave Bautista (Drax), Bradley Cooper (Rocket), Karen Gillan (Nebula) and Vin Diesel (Groot, although it bears repeating that Groot only has one line) are all excellent here, it’s really the side characters and new characters that shine throughout the film. Michael Rooker’s Yondu really gets to take the emotional weight here, with his scenes in particular often causing me to tear up. Pom Klementiaff stars as Mantis, the adopted ‘daughter’ of our main new character, Ego. Ego is played wonderfully by Kurt Russell, who is as charming as he always is in his film roles, and is the perfect villain for the piece.

Guardians Of The Galaxy Volume 2 is the best Guardians film by far, and one of the best Marvel Cinematic Universe films in general. The bold visuals and storytelling from director/writer James Gunn is something special, and I simply cannot wait to see what he does going forward. After all, he has complete control over the cosmic side of the Marvel Cinematic Universe, so maybe one day we’ll get Nova….? Anyway, as far as films go in The Road To Endgame, this is one of the finer examples. However, the film isn’t perfect, with some missed opportunities and slight pacing issues that are easy to ignore on the whole, if only for the incredible soundtrack.

Also who was expecting David Hasselhoff to become canon in the MCU?