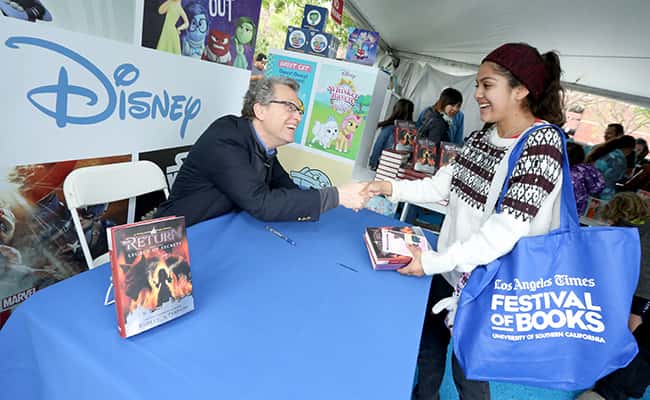 The saga continues in the second entry into the Kingdom Keepers series.

The story picks up three months after the events of Disney After Dark and Finn and the other DHI’s have been enjoying their peace until a mysterious series of events such as their DHI videos being affected and Jezebel. Now known as Jess going missing, lure them to the Animal Kingdom park to unravel the mystery of where Jess has disappeared to and what the Overtakers are planning to do at the Animal Kingdom.

With the help of allies Amanda and Wayne, the stakes are higher as the Kingdom Keepers not only fight to save the magic, but also their own lives.

Ridley Pearson took the foundations built in Disney After Dark and expanded on them as we learn more about the teen’s DHI powers, why they were chosen to fill these roles and we are introduced to mysterious creatures known as Fairlies. Fairlies are children or teens who possess one supernatural ability such as telekinesis, clairvoyance and precognition and even telepathy but why they have these powers and where do they come from is a total mystery.

The bond between the characters begins to blossom as friendships form between them but the desire to be normal and not have all this responsibility is a recurring theme through the books. The struggle to keep the Kingdom Keeper secret adds an element of drama and the parents of the five chosen ones refuse to believe that their children are the saviours of the Magic Kingdom and heck, maybe even the world.

The plot also showcases elements from the real world at certain times such as the Virtual Magic Kingdom which was real at the time the books were written but closed down. IPods and Disney artists, such as Ashley Tisdale and Raven Symone, are mentioned towards the end of the book.

The detail describing the Animal Kingdom in its entirety helps paint a vivid picture of the lush green foliage and the animal enclosures filled with a variety of different wildlife as the action shifts back and forth between the Magic Kingdom where it all began, and their current adventures in the Animal Kingdom.

So will the five heroes be able to defeat the Overtakers once again, find Jess and save the Animal Kingdom?

A tall order but someone has to do it.