The rise of Geek Culture in the North East

In the last few years, Geek Culture has become almost fashionable. With the rise of the superhero movie - at least two in the top 20 UK Box Office Charts since 2014, and the ever growing popularity of video and board games it seems that, at least for the moment, 'Geek' is here to stay.

But what does that mean for the North East? The region is hardly synonymous with so-called Geek Culture. But in the last few years, has this small patch of the Industrial North sown the seeds for a thriving sub-culture?

According to Chris Holland, who works at the Newcastle Travelling Man comic book shop:

“There has always been a presence [of comic book shops in the North East] but there was never really a main high street presence like there is now. It was the sort of thing that you’d have find.” But while he thought the North-East has always had its geek collective, he did think that the Travelling Man’s demographic had changed over the years.

“Once upon a time it was a bit of a boys club, but now I’d say the female buyers maybe outweigh the men. “[Publishers] are pushing so everything’s not so male-oriented, Marvel and DC and all these places are taking big strides in hiring better female writers and they’re actively searching for talent where once before it was very much a boy’s club.”

But it’s not just comic books that have brought an influx of new people to Travelling Man. According to Chris, board games have actually become one of the shop’s biggest sellers:

“Board game culture has become a massive thing…if you mention board games to some people they’d think you were talking about Monopoly, Cluedo – those classic games you had as kids… but now there are board games for absolutely everything: Walking Dead, all the Lovecraft stuff, zombie games, and because there is this massive cross-section of different genres and types of games anyone can pick up something and play. 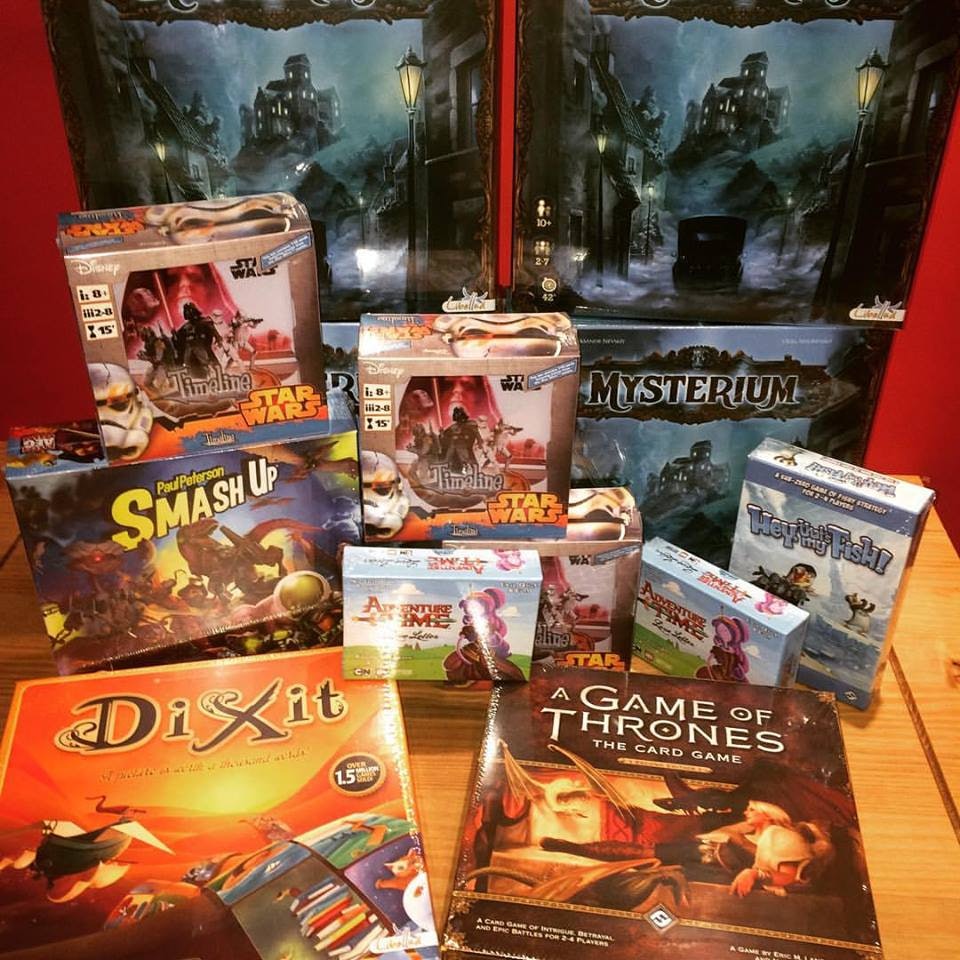 A selection of the board games available today

He wasn’t sure there was specific reason for the growth in popularity, citing a mixture of possibilities. “So over the past few years you’ve had board games, and then comics – probably because of the films and the push they’ve been given, because Marvel’s been bought out by Disney and they’re pushing the product and the public respond.

“It’s all become this perfect storm of getting these things that were once classed as a niche market to the masses, I think the films and technology, big name writers and artists working on titles, things like the board games and everything that tie in to other things, and it’s swelled to the point where everyone has noticed.”

And it isn’t just the Travelling Man employees who have noticed the change. Jill Ubdegrove, press officer for Showmasters, who run the Newcastle Film and Comic Con events said:

“Overall we have certainly sensed the demand for Film & Comic Con events in the UK, and this has been realised with the amount of new events we have been able to hold all over the UK in the past 18 months,

She also agreed with Chris about the wide range of influences on the ever-growing acceptance of geek culture by the mainstream.

“We do believe that in recent years due to the popularity of the super hero movies, Doctor Who and fantasy books, that geek culture has become more mainstream and accepted, it’s no longer the domain of the few.

“We are seeing a lot more young families attending [cons], people of all ages in fact, and people are more willing to embrace the new films, TV and books more so than maybe a 10-15 years ago – you only have to look at the most popular films, TV and books to see there is a growing demand. The quality currently out there supporting these genres has also improved immensely, which only helps to make these products more popular and watchable to the mass audience.

“You can equally add to that the rise in popularity of cosplay, the fun side of the events is growing more and more popular and the number of visitors who want to be involved in this aspect continues to grow stronger with each event, which is fantastic to see.”

Despite the current craze for geek culture however, Chris raised a valid point.

“I think they’re going to push too hard too fast and you can see that in the schedule of films that Marvel and DC have got. And everyone will go and see them but it’ll get to the point where the bottom will drop out of it eventually, it’ll stop making as much money. It’s the same thing that happened with Westerns back in the day.”

But for the moment, it seems that that time is still a good few years away. And I for one, will let my Geek Flag fly proudly, safe in the knowledge that, while my people aren’t maybe the easiest to find, I know exactly where to find them.