Set during World War One, Battlefield 1 is one of the first games set during this period for a long time, especially as a first person shooter game. The game was released in late October and after a while of playing and experiencing the game and all of it’s multiple features it is time to give it a review. 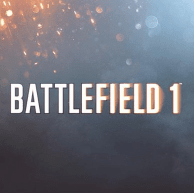 The Battlefield series for a long time now has been set in modern warfare, which is why is why Battlefield 1 is refreshing as it is set in a multitude of different settings where World War One took place, from the muddy trenches in France, to the desserts of the Middle East. The game is essentially split into 2 halves, which are the campaign and multiplayer modes.

The Campaign is called ‘War Stories’ that splits into different scenarios and areas of World War One. These follow different soldiers from different backgrounds and countries taking on the huge tasks that are asked of them to accomplish. The last few Battlefield games have lacked the substance and quality in its story mode, whereas Battlefield 1 is a new fresh take with the new settings and the older weaponry.

Multiplayer does not disappoint, with massive 64 player matches and huge maps, a range of different game modes including the new operations mode which works like an online campaign mode. This is where one team attacks for control over flags and then eventually either push the enemy team back or the other team defends the points till the time limit exceeds.

There are four classes in multiplayer which are Assault (machine guns), Medic (rifle), Support(light machine guns) & Scout( sniper), you will find some classes are more appropriate for certain maps and game modes. One of the most fun aspects of multiplayer are the multitude of different vehicles including planes, tanks and undeniably the epic war airship which has several cannons and guns you can use on it.

Battlefield 1 is an incredible game that achieves the sense of feeling like you’re a soldier in World War One. It brings across how difficult fighting in this war was and makes you appreciate what real people actually did during World War one, which is only enhanced more by amazing graphics and gameplay. It is a must have if you are into first person shooter games or have a keen interest in history.

One Response to REVIEW: Battlefield 1