Released back in 2006, Gears of War is a third person shooter, developed by Epic games, best known for their unreal engine and Unreal tournament.

The story takes place on a planet called Sera where a war rages between the human Coalition of Ordered Governments or the COG, and a subterranean race of mutants known as the Locust horde, the Locusts’ goal is the complete genocide of the human species so they may colonise the surface of Sera, one soldier in the COG Military, Private Marcus Fenix, is a living legend among the COG Soldiers, due to the fact that he was reduced to a P.O.W after a mission where he disobeyed a direct order in an attempt to save his father, Professor Adam Fenix.

After being set free by his best friend Corporal Dominic Santiago and fighting off some locust troops, Marcus is put in charge of team delta-one which consisted of himself, Dominic, Private Anthony Carmine and Lieutenant Minh Young Kim. 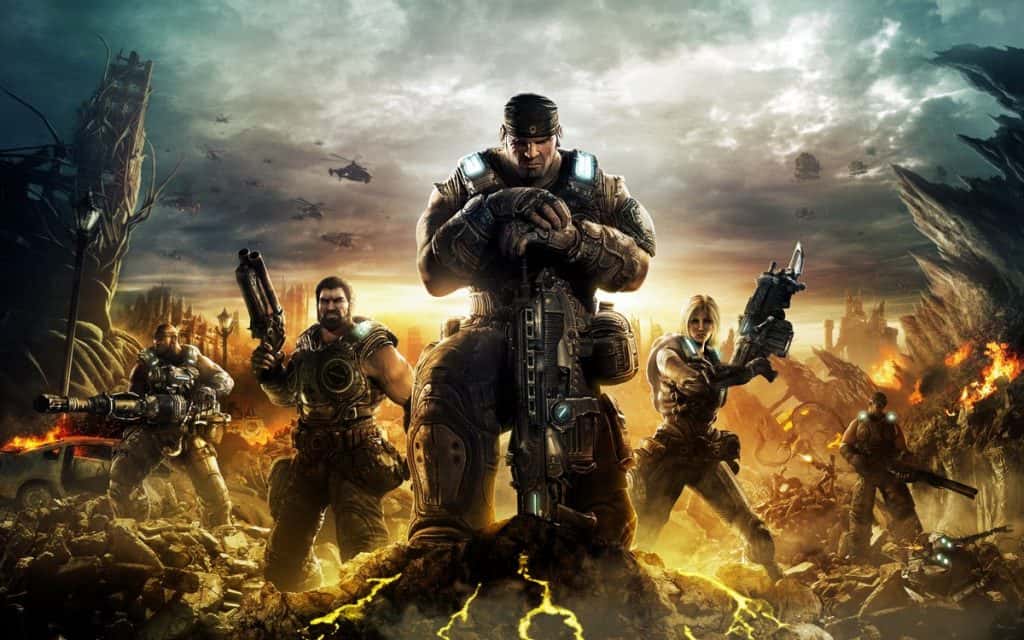 The first Gears of War was by far one of the best games the Xbox 360 had on it’s launch list. A sequel was released in 2008 under the title of Gears of War 2, this time around Marcus and Delta one are faced with an entirely new threat, the lambent, a parasitic life form that infects both locust and human alike. Gears of War 2 was one of the most popular games on the 360 outclassing it’s rival Halo 3 and ODST, with the introduction of a new Horde mode and new weapons Gears of War firmly lodged itself as a flagship series for the Xbox

the third game in the series, Gears of War 3 marked the end of the original trilogy and saw the locust conflict come to a close which is hailed as one of the best 360 games of all time, bringing back horde mode and is home to one of the most infamous achievements ever designed: Seriously 3.0, this requires you to reach level 100 and earn every single onyx medal, which in of itself is a Herculean task.

The last gears game made by Epic was Gears of War Judgement, but there was a cancelled kinect title.

With the advent of Gears of War 4 coming to Xbox one soon, Universal studios have announced that they will be creating a Gears of War movie, the possibility of a gears of war movie dates back to 2007 however in 2010 the budget was cut and several key staff left the production, but overall now with universal at the helm things should prove interesting although no information about the movie has emerged thus far.