A film for the fans. Bringing together fans old and new. A film to answer questions left hanging for 39 years. 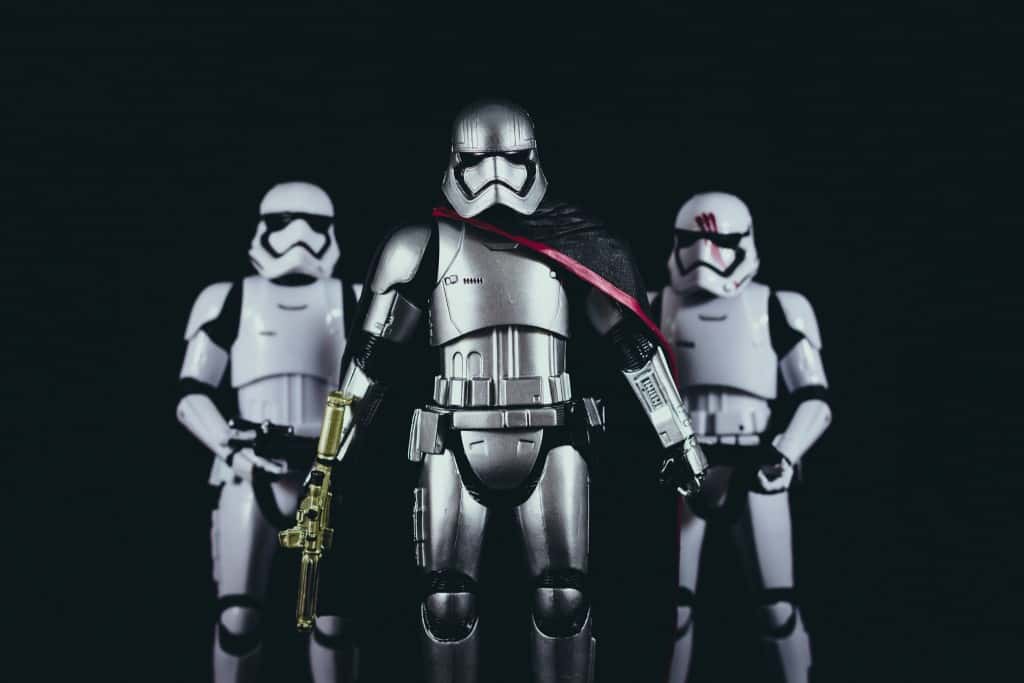 A journey by fans finally complete. We knew the objective, the plans to the Death Star. The destruction of the Death Star via a small, seemingly innocent weakness. We’ve never known the struggle to get there, or the sacrifices made by the Rebels to get the plans.

Set between the events of Revenge of the Sith and A New Hope, Rogue One brings back some classic characters such as Bail Organa, Mon Mothma, Saw Gerrera and Darth Vader.

Rogue One even brings back the classic Stormtrooper uniform from A New Hope that we’ve all grown up with, allowing the Disney Star Wars to return to its roots even though it continues to break new ground.

The unexpected classic returns were, a young Carrier Fisher as Princess Leia, and a resurrected Peter Cushing reprising his role as Grand Moff Tarkin.

The movie does have a point where most people get tired, but thats just where fans get excited. Also featuring early model AT-ATs.

It does, however, set itself apart from the classic saga when it cuts away from the classic title scrolls with a new style of entrance. Plus to help us along, it also identifies planets with little white words on the side. A little bit of a strange thing for a movie that takes in the atmosphere of the originals so well.

Starting off the movie, we see a reappearance of blue bantha milk. This makes way for some familiar faces and a merging of the Clone Wars TV series into the film canon.

Director Gareth Edwards seems to have done his fair share of research, even including specific characters who haven’t been seen on film since A New Hope. Namely, Dr Cornelius Evazan and Ponda Baba. Ponda still has two arms at this point pending his meeting with Obi-Wan Kenobi on Mos Eisely. Also proven is the point they are still jerks anyway.

New characters Jyn and Cassian are now at Mon Mothma’s mercy. Interestingly enough, Mon Mothma makes a reappearance 33 years after “Return of the Jedi”, played by the same actress, but at a younger age in the film.

Bail Organa makes references to “an old friend from the Clone Wars”, a nice subtle touch to call upon Obi-Wan Kenobi. Again, another original actor from the original Saga.

The best original actor to make an appearance still has to be Peter Cushing as Grand Moff Tarkin.

It has to be noted that Peter Cushing passed away in 1994, and this is a computer generated resurrection. Once again coming back to rein in Darth Vader. Its not a perfect representation, but its enough to cause people to question their sanity.

Darth Vader however, is basically still a man in a black suit with James Earl Jones providing a voiceover. Hardcore fans will go nuts seeing him in his bacta tank, again bringing back to memories of the original trilogy.

They’re not very long shots of him, a mere 12 seconds out of a full movie. However, they are more than enough to drive fans off the edge. Vader in his world. A tall villian’s tower, a secret lair.

Unfortunately, someone has gotten Darth Vader to say the worst pun in Star Wars history: “Be careful not to choke on your aspirations”.

During the events of Rogue One, its evident that Darth Vader has basically found the peak of the Dark side. He is at his most evil point, adapting to life with a lack of limbs thanks to the events of Revenge of the Sith. Emotions of Anakin Skywalker pretty much eroded off, villain-thinking in his bacta tank.

Hopefully this isn’t the last we see of Darth Vader in his bacta tank though.

Rogue One is basically a planned film that works without a plan. Characters improvising along the way, working with what they have. Making more with less. Stealing plans that become a key story point for the rest of the trilogy, bringing to life everything we’ve come to know and love.

The new team bring K-2SO, a reprogrammed imperial droid played by Alan Tudyk on stilts so they can get motion captures of him. Completing K-2SO is his altered memory and allegiance, which has also given him a perfect sense of sass. Peaking when Jyn shoots a similar droid with K-2SO coming up behind it saying: “Did you know that wasn’t me?”

Donnie Yen, cast as blind warrior monk Chirrut Îmwe, also now known as Guardian of the Whills. This sets hardcore fans from the rest of the audience. George Lucas’ original name for the space saga: Journal of the Whills.

Whills aren’t exactly Jedis, but but they’re shamans connected with the Force. While no true Jedi appear in Rogue One, many locations and characters come up that hark back to A New Hope. Essentially making A New Hope key to the success of Rogue One as a film.

There is not a real star in Rogue One. The star of the new film, is the meaning of Star Wars itself. Gareth Edwards deserves a strong ‘Yub Nub,’ along with a whole ewok celebration for creating a modern film that truly brings back the feelings of the original Star Wars.

The list of fans’ Easter Eggs will undoubtedly continue as we look deeper and closer into Rogue One: A Star Wars Story.

May the Force be with You.