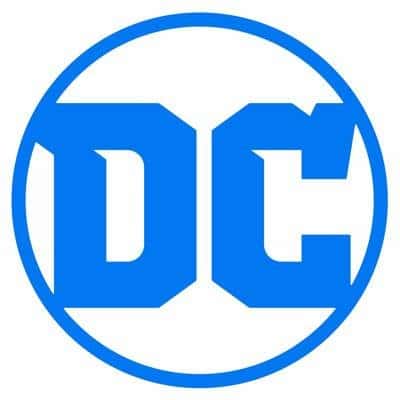 With Wonder Woman getting her own movie this year, as well as the imminent Justice League movie, it’s time we look at the lesser known heroes and villains in DC’s line up.

DC comics has had a slight slump in movie quality in recent years, from the divisive Man of Steel, to the disappointment that was Batman V Superman and last years Suicide Squad.

However, there may be some salvation in 2017 as Wonder Woman gets her own movie and the Justice League unite, but we are taking a look at some of the lesser known Heroes and Villains who star alongside Batman and Superman and could appear in some of DC’s upcoming films.

Nightwing is a hero that aids the Dark Knight, as Batman’s illegitimate son, Clark Wayne was trained by the league of assassins much like his father, originally sent to eliminate Batman.

He undertook the mantle of Nightwing after uncovering his true heritage and eventually branches out as his own hero, similar to Robin, utilising electro shock batons that can form a Bo staff and martial arts from the League of Assassins.

Nightwing could be a great hero to include in the upcoming Justice League movie.

Rachel Roth, A.K.A Raven, is a Half Human/Half Demon hero who is a member of the Teen Titans.

Born as the daughter to the Demon Trigon, who wishes to enslave the world, Raven is very emotionless which makes her the perfect Super Hero do have a film directed by M. Night Shyamalan.

Along the way, she has learned to love and trust despite her destructive powers, Raven could very well have her own movie or even appear in a movie based on the Teen Titans.

John Henry Irons, A.K.A Steel, has had a movie in the past but not many people know about him.

Formerly a weapons inventor similar to Tony Stark, he became the hero, Steel, after his partner was injured during the test of one of his prototype sonic weapons.

Steel has had a movie based on him once before back in 1997, however, it flopped due to the main character being played by Shaquille O’Neal,

Honestly I didn’t find it that bad, and honestly there was some potential, it’s just a lot of the dialogue was stolen from other films, so I say it’s time for Steel to make a return.

Black Hand is one of the most popular DC Villains in the comics as he is the first of the Black Lantern Corps.

A man who came back from the dead, Black Hand became the first Black Lantern, resurrecting the dead into a DC zombie apocalypse, before being isolated to space sector 0666.

There is very little that can stand up to Black Hand, as the Black Lanterns embody death itself, their oath: “The Blackest Night falls from the skies, The Darkness grows as all light dies, we crave your hearts and your demise, by my black hand the dead shall rise”.

If Black hand appears in a movie, be prepared to see a lot of zombies.

Duela Dent, is believe it or not, The Joker’s daughter and naturally she’s just as insane as her father claiming to be the daughter of many dc villains however it’s clear that she is the daughter of the joker, due to her insanity, she would be perfect for a suicide squad sequel

Thomas “Hush” Elliot, was a childhood friend of Bruce Wayne who attempted to murder his own parents in order to gain their fortune and simply because he hated them.

Now, he want’s to ruin Batman’s life as he blames Thomas Wayne for saving his mother’s life, however, he will not allow any other villains to finish off Batman. as he feels that it is his right.

Hush deserves a space in some kind of Batman movie potentially being a secondary antagonist.

Razer was once an alien from the forgotten zone. After his wife was murdered, Razer was recruited by Atrocitus into the red lantern corps. Razer’s lantern powers are fuelled by his unyielding rage and never ending anger, in addition he is one red lantern who reformed, having a sense of honour and becoming an ally to The Green Lantern, if they ever make a new Green Lantern movie, they could make it about the red lantern war.

Victor Stone is the half man, half machine muscle of the teen titans.

A former athlete, Vic only wanted his father’s approval and after suffering a grave injury, his father fought to save him using cybernetics.

His strength and weapons are unmatched and the potential is there in spades for a Cyborg movie.

Every comic geek’s ideal girlfriend, Starfire is the Princess of her home-world, who journeyed to Earth to get a greater understanding of humans.

After being the love interest of Robin in the 2003 ‘Teen Titans’ animated series, Starfire is also one of the few DC comics characters to have gender change as time went on.

Originally, Starfire was the name of a male alien of the same species, however, it was replaced by the Starfire we know today.

Creating a Starfire movie may be tricky but if they make a live action Teen Titans movie then I’m certain she’ll become even more popular.

Slade Wilson was a soldier in the US army. Having joined illegally at age 16, he became the ultimate soldier, eventually volunteering to become a super soldier mercenary, Deathstroke.

The Terminator, a mercenary for hire, Deathstroke is the ultimate killer within the DC universe, he has actually appeared in the legends of tomorrow series but he has not had a cinematic appearance,

A Deathstroke movie may be one of the best decisions DC could make, and I think Keifer Sutherland would be perfect for the role, especially since now he looks like Big Boss from Metal Gear.

Helena Bertinelli is a vigilante operating in gotham, effectively a female colleague of Batman, Huntress is very similar to the Dark Knight, and if they make a movie featuring Nightwing, she would be the perfect mother figure for Nightwing, since Talia Al Ghul bit the dust in the Dark Knight Rises

Ray Palmer aka Captain Atom is a former Air Force pilot, turned nuclear powered super hero, after being framed for a crime he didn’t commit, he volunteered for an experiment to escape the death penalty he became Captain atom following this experiment, he deserves his own movie.

Hanzo Hazashi A.K.A Scorpion has actually appeared in a branch of the DC universe twice, first in DC vs Mortal Kombat and second in Injustice Gods among us, given that there are so many dimension hoppers, Scorpion could appear in a movie if mortal kombat developers are ok with it.