Which American Sitcom should you be bingeing on Netflix this summer? 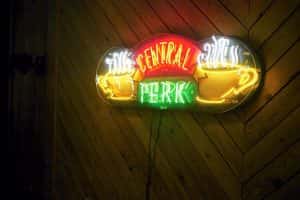 It goes without saying that there is an endless array of sitcoms — which can only be described as witty and endlessly relatable — on streaming giant, Netflix. I will take it upon myself to narrow down those available, and find the best option for you.

If you’ve just broken up for the holidays, or find yourself with a week of work, naturally your first instinct is to avoid the seemingly unmanageable build-up of work that you’ve managed to accumulate. Turn on the TV, put your feet up and have a browse through Netflix – surely you deserve it (it does cost you £5.99 a month after all).

The majority of us start of at the Films section and look for the latest instalment in the Bourne franchise, or even a one-off Di Caprio movie — if its got the name, it must be good!

The daunting realisation that a two-hour-plus, sitting of Django Unchained will eventually come to an end, and the rolling of the credits has a deeper message — you’ve had your me time and now it’s time to work.

After browsing through the ratings on Netflix, I managed to whittle it down to three candidates; Friends, How I Met Your Mother and The Big Bang Theory, and after giving myself time to watch the initial season of all three sitcoms, I feel as though I’ve got a decent idea of which is most binge-worthy for you this summer.

All three shows are great, and very much deserving of their ratings. So if you do, somehow, have time to sit around and watch all three, then I’d fully recommend that you go ahead and do so — after all, you need to try and get the most out of that £5.99 subscription cost.

I’ll start off with Friends – for no other reason than that it is first in alphabetical order. This isn’t the most comprehensive of reviews as it is only based on the first season – however I can confidently state that the 24 episodes I watched definitely had me wanting more from the Central Perk gang – I’m now even referencing the show within this review. The humour of the show is unchallenged by our other two contenders, and the relationships between each Friend(s) — see what I did there? — is really brought to life by the star-studded cast.

In regards to How I Met Your Mother (HIMYM) and The Big Bang Theory, I would describe HIMYM as a brilliant sitcom, however, when compared to Friends, it falls slightly short. The only edge I would give HIMYM is it’s inclusion of a love triangle.

The Big Bang Theory is just as witty, but lacks a sense of relatability, unless you of course work at Caltech.

In conclusion, I would suggest you give all three a chance and see what you think.