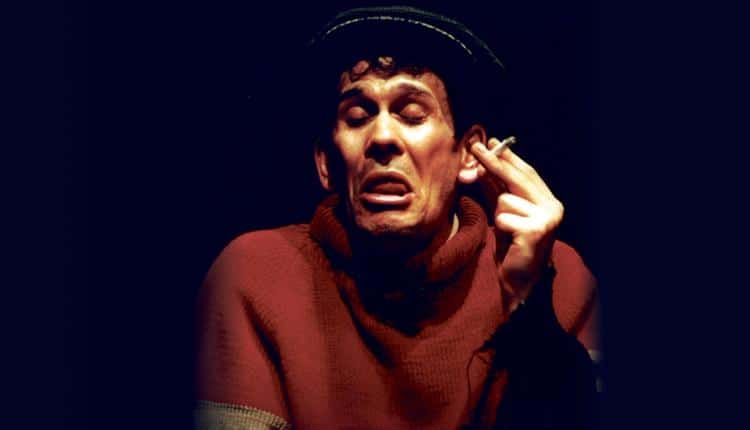 Most famous for his ‘little waster’ character, Bobby Thompson became a folk hero across the North East. With his ragged jumper and cigarette stub fixed firmly in the corner of his mouth, Bobby would entertain crowds up and down the region until his death in 1988.

Showing at the Theatre Royal in Newcastle during the 30th anniversary of his death, The Bobby Thompson Story is a tribute to Bobby’s incredible life. The story starts from his first talent show shortly after being orphaned, and continues through his life as we watch Bobby go from rags to riches, and then back down into rags, before a final resurgence back into riches.

In this one-man production, the journey through the life of Bobby Thompson is guided by Pete Pevereley who expertly switches between narration and the different characters portrayed by Bobby throughout his career. From his famous little waster character giving humorous advice about dealing with debt and the taxman, to Private Bobby Thompson telling stories of his personal dealings with the King, Queen, Chamberlain, and even Hitler.

The most difficult portrayal, however, must have been Bobby himself. As while Bobby found repeated success in his career, he had a turbulent personal life filled with alcoholism, gambling, problems with the tax man, and three marriages.  Despite this, the show never does become too bleak and – much like Thompson himself – expertly toes the line between pathos and comedy. Deriving a lot of its humour from these potentially depressing events with excerpts from Bobby Thompson’s stand-up where he could take anything bad that happened to him and create comedy gold.

The set design was very good, with a little stage in the centres surrounded various costumes used by Bobby on mannequins which would be moved onto the centre stage to be talked though and strike quite a powerful image behind the microphone stand. One of the best moments of the show, however, doesn’t come until the costume of the little waster is taken off the mannequin and worn by Peter himself and, for five to ten minutes, gives a picture-perfect stand-up routine by Bobby Thompson himself.

Another highlight of the show is when Thompson is brought back to give a modern-day routine targeting Theresa May, Donald Trump, and the national debt. And it’s this which showcases the care and thought that has went into this great tribute to Bobby Thompson as it truly did feel as if the comic legend had come back to give his own thoughts on the state of the world.

Tickets are available for the Saturday showings at 2:30pm and 7:30pm, and can be found here for £12.