North East based comedian Cal Halbert has opened up about the mental health issues facing his profession.

Halbert himself has struggled with anxiety and mental health throughout his career, as many professionals within the industry do.

Halbert stated: “You feel strong emotions whether a gig goes well or not and that cliff fall once you come off stage can be a really difficult thing to face.”

A-List comedians such as Robin Williams, Jim Carrey and Jim Jefferies have all suffered from severe depression.

Halbert himself opened up about how even as a prominent comedic figure he still struggles with on-stage anxiety.

Halbert said: “I never really had the confidence to speak in public though. I used to really struggle when it came to confidence and I would have an anxiety overload – still do in some cases. That’s how I started doing impressions and accents as it was no longer me in those situations, but whichever persona I’m portraying.”

The key advice Halbert gave to those suffering in the creative industry is “go and get professional help.” 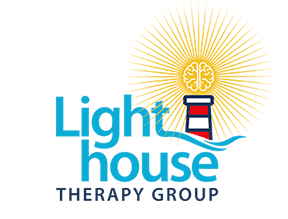 The Lighthouse Therapy Group, a mental health organization operating in Sunderland, have stated there are several ways for those suffering from mental health issues to seek help.

Mark Walsh, a representative from Lighthouse Therapy said: “The key step is for the person to be aware that they can overcome the problem. The next step after that is finding out which course of help works best for you.”

Walsh stated there were numerous pathways a person suffering from mental health issues could take; “GP, Counselling Directory on the Internet or just actively seeking out help”.

Halbert spoke fondly of his experience, saying: “I got to work with an entertainment giant in Simon Cowell and Syco, but I got to experience it with one of my best friends, Alfie Joey.”

Halbert also offered his advice to anyone attempting to branch into impressionist comedy. “Keep practicing your voices” and “…understand you’re not going to be able to get every voice straight away (or at all)” were Calbert’s key pieces of advice.