Added on 28th January 2019  Ewan Gleadow  Netflix , netflix film , orsen welles , Review , the other side of the wind

Review: The Other Side of the Wind 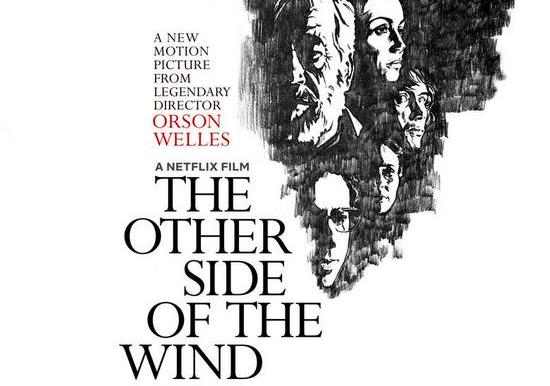 Although having passed away in 1985, Orson Welles is still releasing movies in a manner more frequent than Quentin Tarantino. If that’s not a testament to the impact of Welles’ work and how much of an auteur icon he has become, we don’t know what is. Quite genuinely his final piece of work ever, The Other Side of the Wind was released on Netflix to rave reviews from critics and fans alike.

But Welles’ work is sometimes overly hyped from his name alone. Citizen Kane is hailed as the greatest movie of all time, but in hindsight it’s just okay. The Other Side of the Wind will suffer this too, but in a much smaller, contained manner. This is technically an Orson Welles movie, considering he did in fact direct all of the footage you see. But he didn’t oversee the editing of this movie, which leaves this film as a representation of what a bunch of Netflix editors thought The Other Side of the Wind would look like.

If Welles’ had originally intended The Other Side of the Wind to be a strange mess that didn’t make much sense at all, then job well done. The editing style alone makes this movie almost impossible to follow. Maybe as film fanatics we should be impressed with how irreverent it is and why not making sense is the best way for the movie to be made, but that’s just wishful thinking.

Netflix movies are never anything to write home about. It’s a theory that began when they started releasing movies like Bright and Game Over, Man. But even we had hopes for a movie with such a star-studded cast and crew. It’s a shame then that it falls to the expected cliché of Netflix movies not being worth any time whatsoever.

There is no worse movie sin than having a plot that just doesn’t go anywhere. A film within a film, the story follows the evasive Jake Hannaford, a director making his return to Hollywood. If anything, the film focuses on the rumours and murmurs of the rest of the cast, who talk of nothing but Hannaford. Their interest in his personal life outshines his ability to make good movies. Sooner or later, it becomes clearer that to some degree, Hannaford is a reflection of Orson Welles.

Our only fascination now though remains with a past possibility that Orson Welles could’ve won another Oscar, 77 years after his win for Citizen Kane. Novelty aside though, The Other Side of the Wind does have its moments. Most of the scenes with John Huston are very well done, playing the illusive and sporadically insane Jake Hannaford. Huston’s performance is possibly the best part of the film, his performance capturing the machoism of Hollywood directors at the time.

The Other Side of the Wind suffers from the worst hype of all, critical analysis. Those believing it to be a semi-autobiographical feature of the final years of Orson Welles, others thinking it to be an act of revenge on the Hollywood giants that toppled him post-Citizen Kane. Whichever way you take this, just know the film on a foundation level just isn’t very good. A build-up of over forty years for a movie that fails to make an impact against some greatly held expectations.