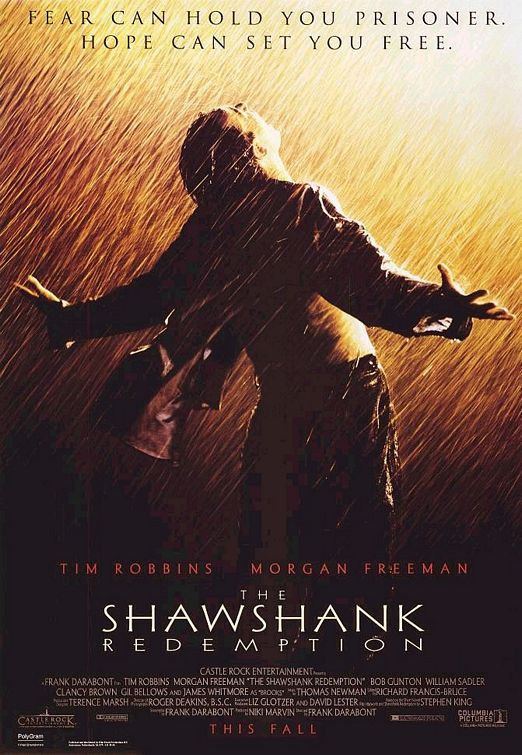 Often hailed as the greatest movie of all time, The Shawshank Redemption celebrates its 25th Anniversary this year. Adapted from a Stephen King classic and starring Tim Robbins and Morgan Freeman, there’s definite potential for this movie to stand up to such claims of greatness a quarter of a century after its release.

With this being my very first viewing of The Shawshank Redemption, it goes without saying that there is no historical or nostalgic tint to this work. This is an unbiased look at an acclaimed classic.

What’s instantly noticeable is the severely strong chemistry and relationship between Robbins’ Andy Dufresne and Freeman’s Ellis Redding. For the better half of two hours, we see the highs and lows of the decades-long prison sentences the two serve together.

None of this would be possible if it weren’t for some superb performances from the two of them. Freeman has that soulful heart of gold that he brings to so many of his roles, and Robbins manages to regain his innocence, providing the film with a steady protagonist. Freeman’s semi-narration works wonders for the slower parts of the movies, and also provides the important evolution of time; his role here makes the audience aware that years and years have passed in such a short time frame.

It’s this feeling of time passing that is most important to The Shawshank Redemption. Without it, there would be little impact: it would turn a marathon of a sentence into a feeling of a quick stint in the slammer. Narration in movies is often rather haphazard, but here it works, solely because it sets out a clear time frame for the audience, easing us in with some enjoyable characters.

As far as the supporting cast go, they’re all equally as stellar as the two leads. Bob Gunton and James Whitmore are the real standouts of the remaining cast members. Gunton serves the cold-hearted Warden Norton role extremely well while Whitmore rounds up the much more emotional parts of the movie’s first hour.

It’s definitely okay if you cry during this movie – I did, a handful of times. The performances really surge with emotional power for the entire duration of the movie.

But these performances wouldn’t matter in the slightest if it weren’t for the keen eye of director Frank Darabont. His personal, creative flair blends well with the more conventional shots of the time, creating a mixture of iconic scenes and impactful drama. Nothing highlights this better than the Mozart Opera scene, which brings together every technically creative aspect of movie-making and highlights them in all their glory.

It seems that Darabont, to some degree, understands the importance of both pacing and character development, which we presume is why so long is spent on developing both the primary and supporting cast. Tommy Williams (Gil Bellows), in particular, seems a tad shoehorned in to the latter half of the movie. It ultimately works well though, luckily paying off in the long run, bringing a much needed sense of closure to the film.

Possibly one of the greatest adaptations of a Stephen King novel (ever since Misery anyway), The Shawshank Redemption is perfect not only from a performing standpoint, but also a technical and visual one. A superb movie with enough ups and downs to keep an audience invested, it’s a true milestone in filmmaking achievements, with Darabont’s direction and the performances of Freeman and Robbins pulling the film together in an almost miraculous way.

What better time to view The Shawshank Redemption than on its 25th Anniversary?