Events that changed Daryl Dixon throughout The Walking Dead 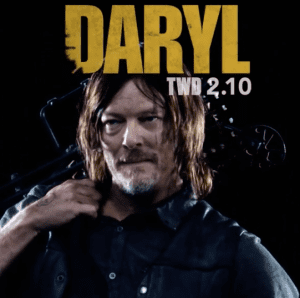 In the third episode of the first season we meet the crossbow-wielding, tracker that is Daryl Dixon (Norman Reedus). This is also the first episode that Rick Grimes (Andrew Lincoln) is introduced to the Atlanta group that his wife; Lori (Sarah Wayne Callies) and Carl (Chandler Riggs) are kept safe by Shane Walsh (Jon Bernthal).

We also find out in this episode that his brother Merle Dixon (Michael Rooker) is handcuffed to a rooftop; forced to cut off his own hand with the risk of being eaten alive by ‘walkers’ (the groups’ name for the dead). We see his love between the brothers here as Daryl, Rick, Glenn (Steven Yeun) and T-Dog (IronE Singleton) go back to rescue him.

Due to his brother cutting off his own hand on the roof, Merle goes missing and the majority of the fourth episode is spent looking for him, in addition to finding a small bit of trouble from another group. After this, Daryl starts to settle down within the group without his brother – which we find out later on in season three that he and Merle were going to rob the group when the opportunity came.

In our opinion, this was probably the worst season of The Walking Dead as it just felt like filler apart from two major things Sophia’s disappearance and Shane’s death. Other than this, nothing actually happened.

When Sophia went missing in the first episode everyone worked together but when Carl got shot, Daryl fronted the hunt for her; as he is the best tracker of the group. He went out of his way to find the lost girl when other people were occupied, going out late at night in the forest to going out on horseback to cover more ground.

However, when Sophia was found in the barn full of walkers he isolated himself from the group. Possibly angry that she was at the farm all along when they were risking their lives for a girl that was already dead. This, in turn, stopped him from working with the group as he refused to go into town for Rick when Beth (Emily Kinney) went into shock after the slaughter of walkers at the barn. 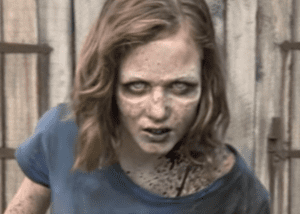 This reunion after two seasons is short-lived as Daryl is put to fight his brother to the death; as The Governor (David Morrissey) uses him to test Merle’s loyalty to Woodbury – a safe zone constructed under the leadership of The Governor. With help from Rick and Maggie (Lauren Cohan), they are able to escape alive.

As the season progresses to the end though, The Governor requests Michonne (Danai Gurira) to be handed over as part of a false peace treaty. When Rick asks for Merle’s advice on what to use, Daryl’s brother takes it upon himself to do the deed – leading to his death by the hands of The Governor.

Rick goes to track down Michonne and Merle but Daryl stops him; knowing he is better suited for the job. He then finds his reincarnated brother eating the remains of a Woodbury resident turned soldier, which leaves him to put down his brother himself.

By the midpoint of the fourth season, the prison that was the main point of focus through the third season is destroyed and The Governor and Hershel (played by the late Scott Wilson) were killed. This lead to the loved group being split up for the majority of the second half of this season.

During this split, Daryl was with Beth and probably believing the rest of the group were dead, Daryl went heartless with the fact they may never see them again; leading to a bond beginning to grow between the two. However, Beth shortly ends up being captured by unknown individuals (who later seem to be a group living in a hospital in the middle of Atlanta).

As Daryl tries to chase down the fleeing car, on foot, he ends up sitting at some crossroads; alone. He ends up being introduced to a small group of people: The Claimers, who are on the trail for someone who killed one of theirs. We later find out that they are on the look for Rick, this leaves Daryl in a dilemma – let rick Rick die or defend him and receive a beating. To which he defends him, and fights back after a slight beating as Rick and co. kill the remaining group of The Claimers.

At the midseason finale of the fifth season, after they escape from Terminus (a safe zone that they were kept a prisoner in for cannibalistic reasons). Daryl spots a vehicle drive by with a symbol that he noticed on another when Beth disappeared.

After tracking them down to a hospital, Daryl and some members of the group return to trade officers for Beth and Carol (Melissa McBride). To which Dawn (Christine Woods); the officer in charge, shoots Beth in the head as she stabs her with scissors.

This, in turn, causes Daryl to shoot her in retaliation, adding to his human kill count on the show. Later on, before they arrive in Alexandria (a safe zone), Daryl once again isolates himself from the group and burns himself with a cigarette before starting to cry. This shows us that, an often emotionless person, is grieving from the loss.

The Saviors, the main antagonist in seasons seven and eight, are introduced in the second half of season six and is the main build-up of the rest of the season until Negan’s (Jeffrey Dean Morgan) arrival in the last episode.

With this, Sasha (Sonequa Martin-Green), Abraham (Michael Cudlitz) and Daryl run into a bunch of bikers blocking the road, who indicate their property ‘belongs to Negan.’

During this encounter, a Saviour takes Daryl around the back of their truck for their supplies and Dixon silently deals with the guy and goes on to blow the rest of them up. This indicates to us that from here on out 1) Negan is coming and 2) Daryl, for sure, does not trust or wants anything to do them. He understands they aren’t good people, which bleeds into his hatred for the group during the All out war arch.

In the premiere episode of the seventh season, we are fully introduced to the charismatic tyrant, Negan. We are shown only a small portion of his group, but we know their organisation is larger than it was shown in this episode (with the attack on an outpost in season six). During this time, to get Rick and the group in line, Negan kills Abraham and Glenn as punishment for killing the people stationed at the attacked outpost.

During this introduction, after smashing in Abraham’s skull in with Lucille (Negan’s iconic barb-wired baseball bat), Daryl attacks him out of rage and ultimately results in Glenn receiving a smashing as well. Killing him off the show.

As the season progresses through the first and second halves, it is made clear near the end of the season that Dixon feels guilt and regret for being the reason that Glenn was killed. He looks to Maggie for forgiveness, as they hide away from Saviours, fuelling his hatred for them even more as we head into the eighth season.

All out war (season eight)

The war between the united communities – known as ‘The Militia’, which consisted of Alexandria, Hilltop and The Kingdom, is the main point that this season revolves around. The ultimate aim being; kill Negan.

With this, Daryl looks to kill every single member of the Saviour group or at least the soldiers – leading to a confrontation between himself and Rick as they find explosives that he hints to use to end the war and the Saviour groups. This is where his hatred for the group becomes clear and boils over for his vendetta of avenging the deaths of Dixon’s loved ones.

By the end of the season, we see that to carry out Carls visions for the future, Rick spares Negan’s life to Maggie’s dismay. Near the end of the episode, we see Daryl, Jesus (Tom Payne) and Maggie working up to create a coup against their former leader Rick, for keeping Negan alive.

As the All Out War arch had finished we see that Rick has attempted to create some sort of civilisation in a post-apocalyptic world.

In this season, the secret meeting that Daryl, Jesus and Maggie had at the end of the last season finally gets underway. For Maggie to get the opportunity to kill Negan, Daryl distracts Rick, to which he figures out quickly and they end up going toe-to-toe one last time before; as it’s easier for Daryl to move on from the war once Negan dies.

After their little heart to heart, and getting out of the pit. It is clear that they still look to each other as family, even with their own differences on how the war should have ended. But as rick saves the communities from a large horde of walkers (as he leads them away after being impaled on a piece of rebar) by “blowing himself up”, Daryl and the rest of the groups continue to push on for civilisation, leaving behind the foundation for a legacy for both Rick and Carl.

NO! I’m not crying! You’re crying!

Up to this current moment in The Walking Dead, Daryl is now having to adapt as a leader and adapt to a new upcoming challenge – the whisperers (a group of people who disguise themselves as walkers) in order to stay alive.