After seeing the first Lego film back in 2014 and being surprised at how good it was, we were worried that the second part would not live up to its predecessor, but we were wrong. 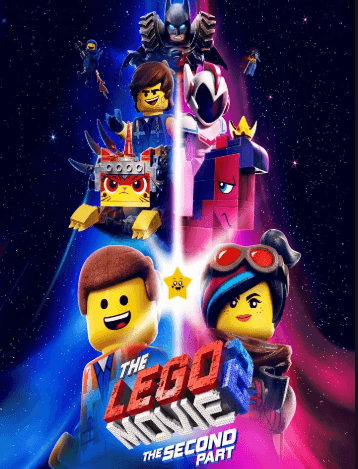 The Lego Movie 2 is just as fun as the original, continuing the story from where we left off with the invasion of the Duplo. This is due to the real-world father letting both his son and his daughter play in his Lego collection.

The characters of the first film are all back from Spaceship Benny, Princess UniKitty and Metalbeard, however, they have a smaller role as the film chooses to focus more and expand the characters of Emmet and Lucy. The film is Emmet’s struggle with himself to change, as Lucy would like him to be a tougher individual to fit in with a tougher time. Emmet is hesitant to change but he learns from his future self that he must, and in a huge plot twist (that was very clever) Emmet and Rex are the same characters. Rex is Emmet from the future showing him what he would look like if he was a lot tougher. The morale of the story is that Emmet did not need to change.

There was another theme of playing together, throughout the film where the people of the Lego world met with the people of the Sistar system. They were thought to be evil, but at the end of the day wanted to be friends and be together otherwise ‘Amomagedden’ would put them all in the ‘bin of storage’. This sounded a bit Toy Story to us, but it was the mother saying if they don’t play nice together all the Lego would have to go into storage.

Some people have said the film is leaning towards the musical side which we can understand since music played a big part – characters would randomly break out into song, including Batman himself. This was not overused and we didn’t mind the inclusion it made to the film, making it more ‘Disney esc’ as Disney would be its competition.

The film is pretty much a parody of other films jam-packed with references. It breaks the fourth wall constantly. There was a moment in which the characters were stuck with no way out, however, Rex had brought his CPD ‘Convenient Plot Devise’ to move the plot on. There were on screen references to Back to the Future, Doctor Who, and Marvel, with cameos from characters such as Gandalf, Aqua man, and Superman and oddly Bruce Willis as himself crawling around the air vents as he did in Die Hard.

The Lego movie 2 is aware of its boundaries as in it has no boundaries to creativity – just like the toy the film is trying to sell. In no other film would you find Velociraptors with Guns, or a Steam Punk Abe Lincoln with a rocket chair, or a talking ice cream cone. This film knew that it could go as crazy as it wanted.

We would have liked to have seen the inclusion of more Lego subthemes like City, Cowboys or Knights as the film decided to stick to the characters established in the original. This is fine but there is potential when you have Cleopatra, Green Lantern and Gandalf in the same film for there to be a lot more creativity with the characters.

We would recommend this film to anyone as there is a lot of references in the film for adults as well as children so don’t be put off. We would also suggest multiple screenings as there is so much packed into this movie it is likely you missed something on your first viewing.