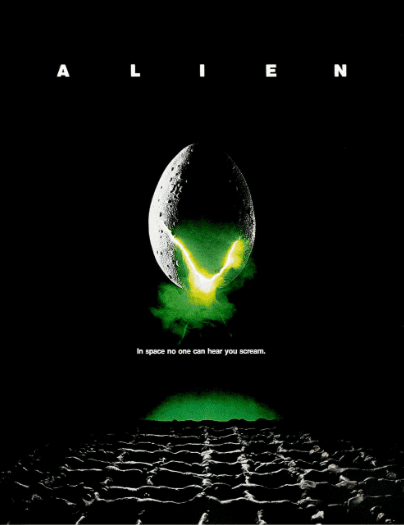 I had never seen Alien before so I was going in to the cinema with little idea of what to expect: obviously I knew some plot details as it is such a famous film it is hard to avoid the occasional spoiler. Basically though, I went in to the film as if it was 1979.

There were some parts of the story I thought were very clichéd, such as the fact the that the crew split up and Alien hunts them down one by one; when a minor character has had too much screen time you know they’re not going to live much longer.

Then I realised I am judging it as if it came out in 2019. This is the film that started all the clichés, and the original audience must have been terrified.

The plot threads are interesting, with the titular xenomorph certainly being a threat but the antagonist of the story in fact being the corporation the crew work for.

The corporation, through its manipulation of workers’ laws, manages to get its team to investigate a ‘distress’ signal from a planet: little do the crew know that this was all a ruse in order to get hold of the most dangerous creature in the universe.

It wants the alien for its weapons research and so everything, including the crew’s lives is no longer a priority. The crew is expendable.

The characters all have their own individual personalities but you know this is a horror, so don’t get too attached. The main charcter, Ripley, played by Sigourney Weaver, is the perfect female lead, and I think modern films such as Star Wars should take note on how to create believable strong, independent sci-fi women.

Ripley is just a normal member of the crew: she’s nothing special, has no secret powers and not everything goes her way. Her ordinariness contrasts well with the seemingly unstoppable threat of the alien, creating genuine tension. This, in turn, is why the audience cheers for her and why she has gone down as such a memorable sci-fi character.

The film still holds up today and I would say is better than some films that come out now. This is because the film relies on practical effects: there is little CGI in the film, which adds to the sense of horror as everything seen on screen has a real physical presence. The alien, meanwhile, is brilliantly designed by H.R. Giger. You don’t get a good full shot of it in the film, there are merely flashes of something deadly as it picks off the crew. We become increasingly desperate for a better look at it, probably to lessen our own sense of terror, as it quickly becomes apparent that everything it comes up against is done for.

The attention to detail in the design of the ship, the costumes, and the sound makes it a perfectly crafted world that takes you in straight away. The  sense of claustrophobia of the ship means you cannot get comfortable watching the characters search the tight corridors and packed storage areas for the alien creature.

The music and sound effects (or in some places, the lack of sound) really add to the creepy vibe on the ship; when the music and the sounds stop just before the Alien jumps out, some of cinema’s best jump scares are created. The music always puts you on edge, even if nothing is happening, you hear the music building up to something. The effects sound as if they have been recorded in a tin can, skilfully adding to the convincing vibe of an old mining ship.

In conclusion, Alien is hugely influential and still one of the greatest films ever made.  Anyone who considers themselves a cinema buff needs to see the film and its sequels.