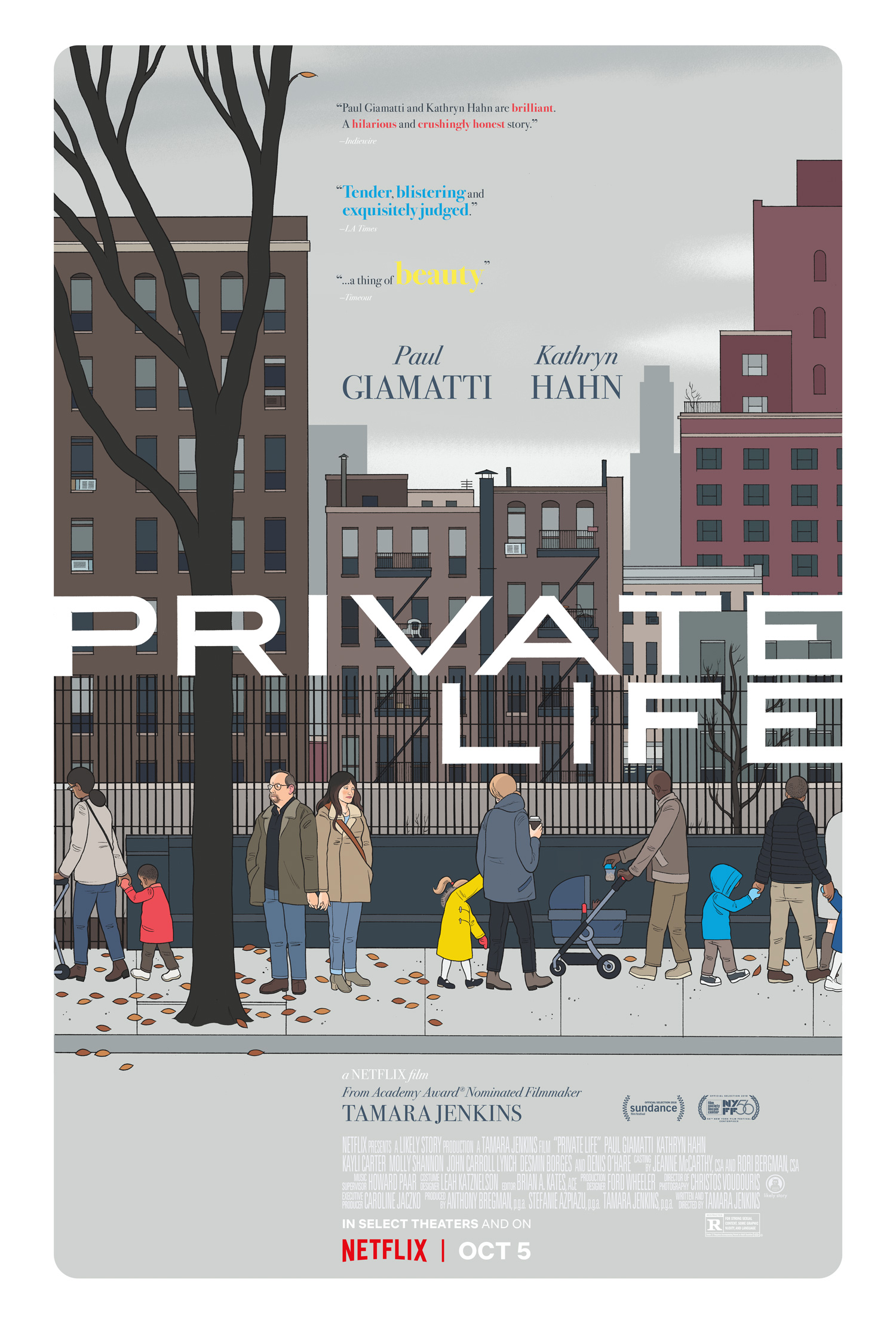 Netflix are often incapable of creating solid dramatic roles for those in their talent pool. However, Paul Giamatti has saved several movies before, and he seems to have done the same for Private Life: a drama that could have been riddled with issues is saved entirely by strong performances and solid direction.

Possibly the biggest strength of Private Life is pairing Giamatti with Kathryn Hahn and Kayli Carter: the trio giving excellently strong performances throughout the runtime of the movie. Giamatti, in particular, provides a great supporting role as Richard, alongside Hahn’s role as his wife, Rachel.

Rachel and Richard are desperate for a child of their own, and the movie follows the struggles and turbulent nature of attempting to conceive, and the many lengths and stretches people will go to.

This tension is held up for most of the movie, which is intent on showcasing the impact this has, not just on a couple without a child, but a couple with children too. There’s a great balance in the movie that often comes across as rather flimsy, between the pros and cons of having children.

As mentioned before, if it weren’t for Giamatti’s performance, all of this would have come tumbling down. He counteracts Hahn’s performance well, with his insecurities and uncertainties about actually bringing a child into the modern world. His motif is well captured and the performance is convincingly realistic, which is certainly reassuring given the delicate nature of the subjects throughout the movie.

Sometimes though, director Tamara Jenkins suffers from auteur blockage. Steering too far into the vein of Paterson way too often, the film grinds to a halt occasionally to briefly appreciate its camera work. It negates the story somewhat, but the few odd moments where this happens are enjoyable to some extent.

Jenkins on the whole serves the director’s chair well in her first feature film in just over ten years. She has found an incredibly specific niche of filmmaking, nuanced family dramadeys.

But if Private Life is calling itself a comedy, Halloween should be calling itself a musical. Where the movie often misses the mark in the humorous and benign comedic timing, it makes up for it by being a generally well fleshed out drama.

Filled with metaphor, descriptive assertions and familial illusions, Private Life subjects us to the harsh realities of failed parenting techniques and the desperations many couples go through on a daily basis.