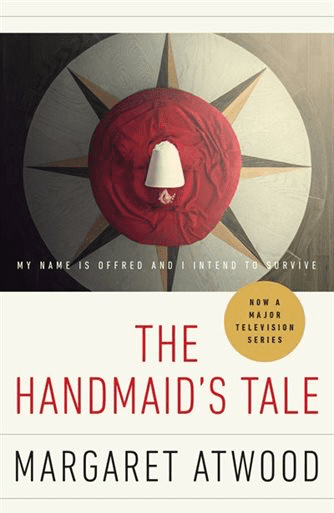 This year marks 34 years since the release of Margret Atwood’s dystopian fiction novel, The Handmaid’s Tale, yet it is more relevant than ever.

It touches on issues of patriarchy, female oppression and the use of the female body as an object of sex, issues of which women in many parts of the world today face daily, their lives dictated by biological determinism and misogyny. Atwood was inspired by events she witnessed in Iran whilst traveling the world, and wanted to shed a light upon these issues within her novel.

The book centres around the totalitarian theocratic society of Gilead, where we are introduced to Offred, our narrator. Offred, of course, isn’t her real name, but the patronym that has been assigned to her from her new commander – Fred (she belongs to him, therefore her name is ‘Of-Fred’).

She is unhappy in her role as handmaid at Gilead; her only options are to bear children for the commander and his infertile – but very wealthy – wife, or be hanged at the wall if she attempts escape. She doesn’t really have much of a choice.

Offred often fondly reminisces about the past, thinking back to the time when women were allowed jobs, money and basic freedom. More significantly, perhaps, she references her past life; her husband, Luke, daughter, mother and best friend, Moira, which gives us a glimpse into who Offred was, before she was Offred.

These shadowy insights into Offred’s past life show the contrast between the new barbaric society, and the old, nostalgic world. The thing that keeps Offred alive is her hope for things to return back to how they once were, or even just the hope of escape.

The plot of the book follows Offred’s tumultuous time within Gilead, and the struggles she faces. We meet various characters along the way who ignite emotions within us, some of love and some of hate. Atwood meticulously crafts her characters so we feel these certain ways towards them thorough the narrative voice of Offred.

The ambiguity of the novel as a whole truly enthrals the reader, leaving them to make their own connections and (to some extent) write their own parts of the story.

Atwood manages to perfectly balance dry wit and humour with tackling significant modern-day issues, in a way that all can understand. The novel is so well crafted that you just cannot predict the  twists, which perhaps is why it is so gripping.

What makes The Handmaid’s Tale so striking is that the issues it raises remain scarily relevant to society. After finishing this book, you will look upon the world around you with a new perspective: that’s just the power this novel has.