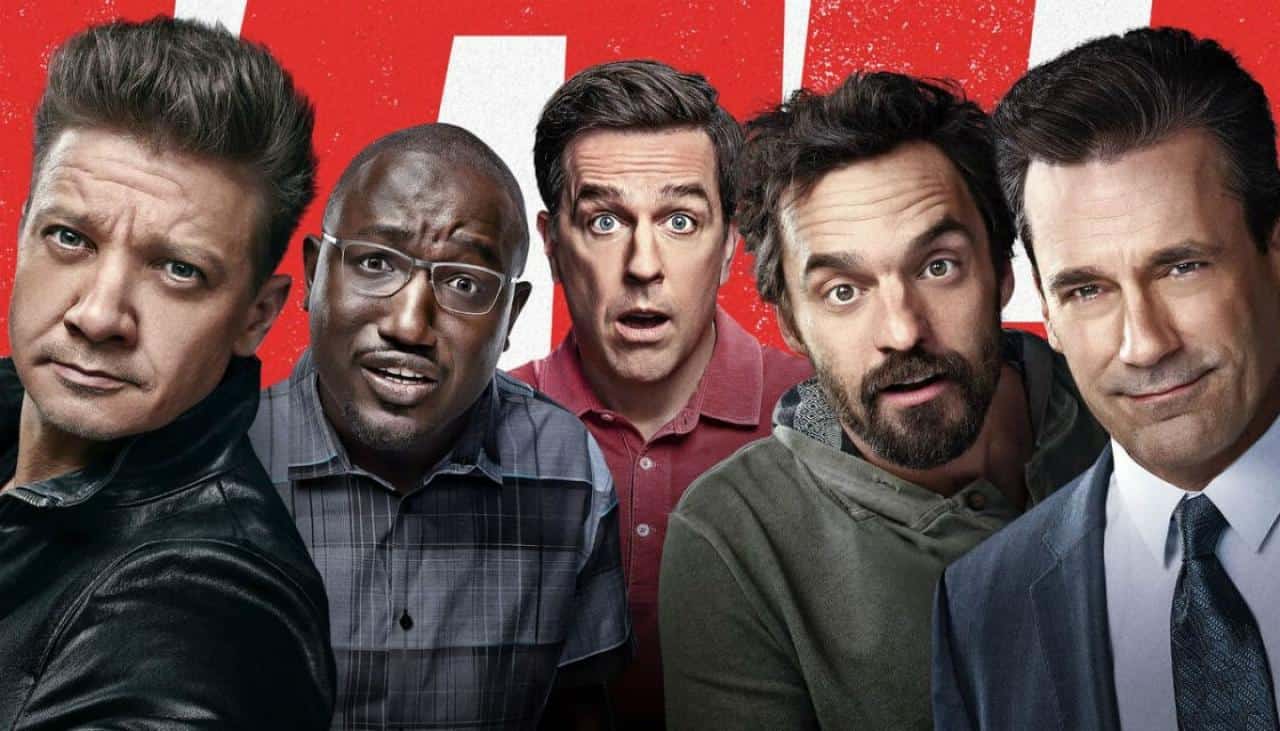 On the Brightside, at least now we know what Hawkeye was doing during Infinity War. He was playing Tag with his friends.

Tag is a stupidly good film, especially for the concept that it’s based on. I went into this film expecting a mediocre, middle of the road comedy. Nothing special. But when I finished it I realised that I’ve just watched one of the most heartfelt and funny films of the last year. The jokes almost always land, I didn’t go five minutes without bursting out laughing at something. The cast all has this uniquely heartfelt chemistry, the kind of which you don’t really see in modern ensemble comedies.

Tag has a simple premise. What if you played the same game for thirty years? What if you never stopped playing that childhood favourite of yours? From this, it manages to set up comedy setpiece after setpiece, never once letting up, yet still managing to be an emotional film. The cast of the film is really the glue that holds this film together, though. They’re all amazing, playing off each other like a charm.

Ed Helms stars as Hogan, the defacto leader of the film. Technically he’s the main character since he’s the one that appears first and has the most stuff happen to him, but the film prefers to focus on the cast of friends as an ensemble rather than as singular characters. That’s not to say there’s not affecting character moments during the film because there’s several throughout, including one particularly shocking one towards the end of the film that I won’t spoil. Hannibal Buress stars as Kevin and boy, I haven’t ever seen any of his stand-up material, but now I really want to. Jake Johnson also stars as Randy, and while his character got the least amount of laughs out of me, I still managed to get a few chuckles now and then. But what really gets me isn’t the cast members I’ve named so far, who are all pretty decent. No, it’s the next two that really get me. Because Tag also stars Jeremy Renner (Y’know, HAWKEYE) and Jon Hamm. Yeah, that’s right, the Jon Hamm. And both of them are absolutely fantastic in the film. Renner’s character especially had me rolling with laughter at the scenes where he very methodically escapes capture in increasingly outlandish ways.

Is Tag going to win any awards? No, but it’s still one of the purest fun films I’ve seen in the last year. Check it out and I promise you, you won’t regret it.