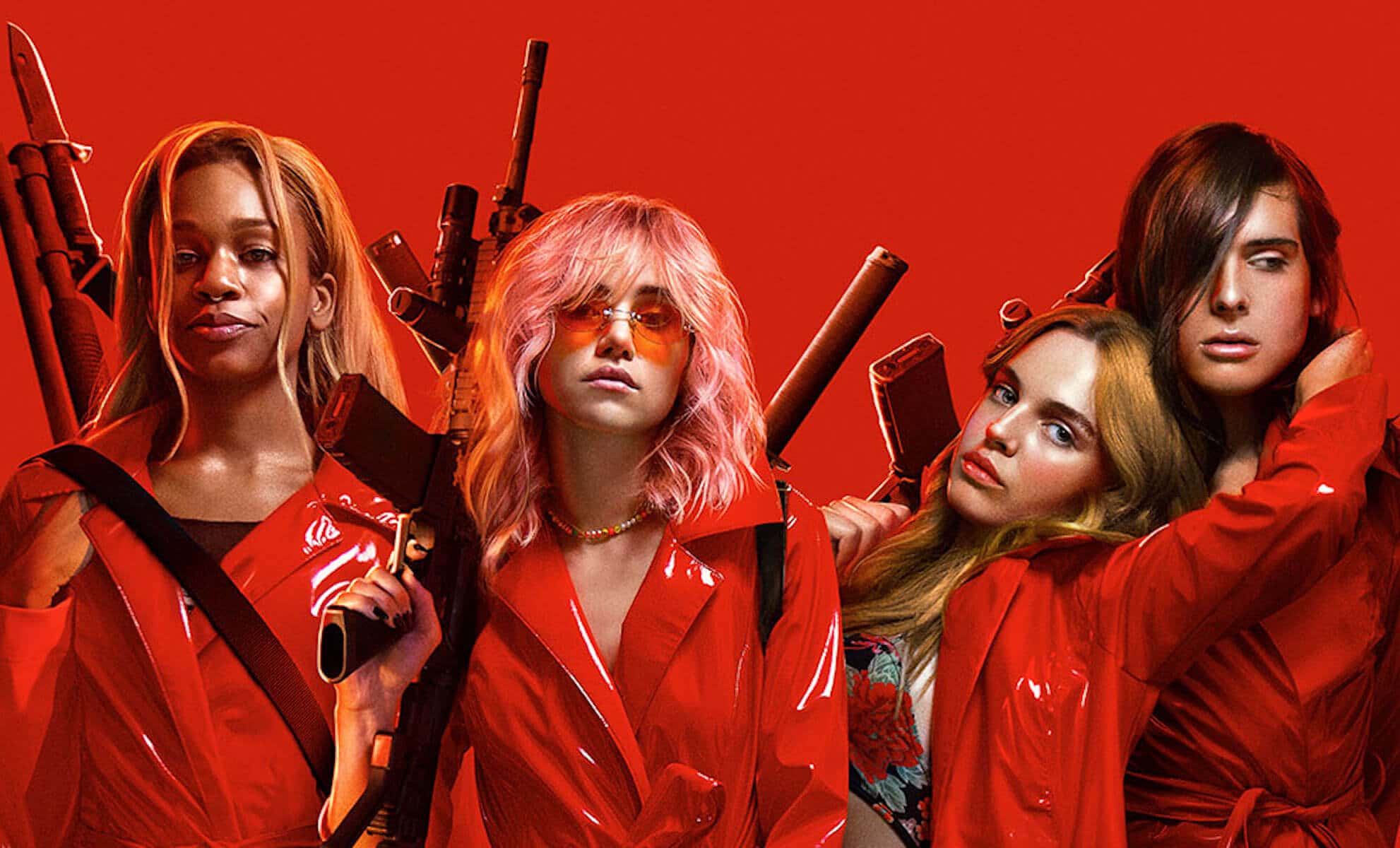 For a film that seems to think that the best way to capture an audiences attention is hyper-violence, Assassination Nation is painfully dull for the majority of the runtime. It’s supposed to be a criticism of modern society, but it instead comes across as a convoluted mess of a film, a mediocre attempt at social commentary. But the question is, in this mess of bright colours and hyper-sharp eyeliner, can any of it be salvaged? Is any of Assassination Nation actually decent?

Assassination Nation is all about a town gone mad after all their private information is leaked by an anonymous hacker. That’s the set-up anyway, but it leads to death threats and various other threats towards our four main characters, who are so dangerously bland and frankly stupidly awful that I can’t even muster up the energy to remember their names. I think one of the characters might be named Lily? But there’s neither here nor there. The issue with this film is, for its claims of being a black comedy satire, it’s way too slow to get going (nothing really happens for around the first forty minutes) and it’s simply not funny in the slightest.

At least the violence is fun, when it eventually starts that is, the stylisation really helping the film. But the cast is painfully dull and at points just plain awful. Normally I’d separate the actors by who they play and give individual points as to their performances, but all four of the main cast (Hari Nef, Bella Thorne, Suki Waterhouse and Odessa Young) all suffer from the exact same problems. which is that they’re just dull to watch. Thorne especially apparently hasn’t improved as an actor since her Disney Channel Shake It Up days, which is both the least shocking thing about this film and the most damning.

If I had to say one nice thing about Assassination Nation however, it would be that it looks pretty damn good. Director Sam Levinson makes the film look incredibly stylised throughout its duration, it’s so colourful and beautiful. It’s a shame that the rest of the film doesn’t live up to the directing in the slightest if it did I’d probably class this as one of the best films of last year. The action is also pretty fun when it starts, all swords and shotguns against a horde of people.

In the end, however, all Assassination Nation has is some decent action and visuals amidst a sea of mediocre dialogue and characters. Give this one a miss.