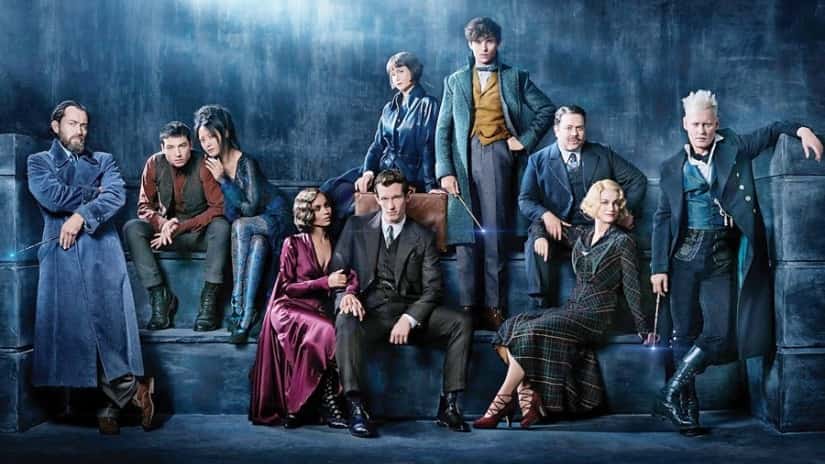 God, typing this review is going to kill me.

I adore Harry Potter. Like, it’s essentially part of who I am. Throughout my formative years, I read Harry Potter at night, I always watched the films with my mum (and on very rare occasion, my little brother). I signed up to Pottermore when I was twelve. I remember going to bed and listening to audiobooks. I could recite terms from the books and films at you for hours. So it really pains me to say that I did not like Fantastic Beasts: The Crimes Of Grindelwald. It pains me to say that I think this is one of the worst fantasy films I’ve seen in a while.

Fantastic Beasts: The Crimes of Grindelwald continues the story started in the original Fantastic Beasts film. The difference is that the original Fantastic Beasts was coherent and had main characters that were likeable even in the slightest. I find myself having the same issue I’ve had with Rowling for years here, that her writing has become lazy and shoddy with disregard for previous events. Characters throughout the film (Queenie being the most notable example) are nothing like they were in the original, to the point where you can’t even claim it’s character development. It’s just bad writing. Anyway, the general gist of the story is that Newt and his ‘friends’ from the first movie (the film mutilates their characters beyond any recognition) have to track down and stop Grindelwald from doing… something? The general amount of stuff that takes place during the film made it almost impossible to focus on one thing at a time without completely losing focus on another plot point. And as previously stated, Rowling seems to have this issue too. She can’t focus on more than one thing at a time. Maybe this is why the tone is so horrendously inconsistent.

Well, at least the performances are good, right Ryan? Right? Well, sort of. Eddie Redmayne is still great as Newt Scamander, the second best performance in the movie in fact (although to be quite honest, with his competition that ain’t saying much). My issues here aren’t with him, nor my favourite actor from this piece, Dan Fogler (Jacob Kowalski). My issues arise with Zoe Kravitz, Ezra Miller, Johnny Depp, Alison Sudol and Katherine Watson. NONE of them, and I mean none of them, seem very invested in the roles, none of them have any charm or wit to them, none of them are actually any good in the film. The characters aren’t interesting enough to merit getting invested, and the random plot twists Rowling throws in just because she can don’t help the matter at all. At this stage, I’m convinced J.K Rowling should be forced to stop writing screenplays or alternatively, get a better editor. Otherwise, you end up with painfully bad messes such as this. Oh, and Jude Law plays Dumbledore but his role is so inconsequential it’s easy to forget he’s even here. He makes for a painfully awful Dumbledore too.

As much as it pains me to say it, I simply cannot recommend Fantastic Beasts: The Crimes Of Grindlewald. I didn’t find it fun, I didn’t find it interesting and I certainly did not enjoy it. This is definitely one that any wizarding world fan should skip, and any standard movie-goer will abhor.