A Second Look: At Eternity’s Gate 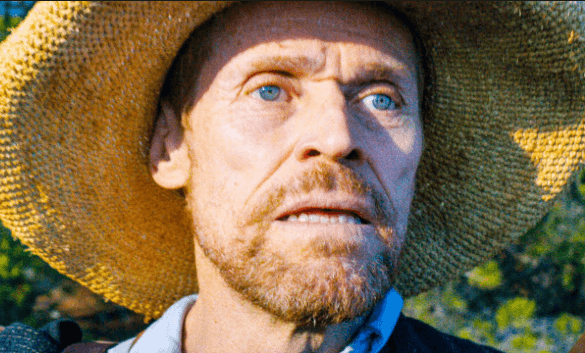 The film At Eternity’s Gate is about the life of the tragic, passionate artist, Vincent van Gogh.

He is played here by William Defoe who has an American accent all throughout the film, unlike the rest of the cast who sound distinctively French.

This seems purposeful, a way for Vincent to appear as more of an outsider, living his lonely existence in Arles, the tiny French village.  Meanwhile, director Julian Schnabel shows the surrounding, sweeping French landscape in its full beauty.

We follow Vincent all through the film and gain an insight in the artist’s reflections on the beauty of nature and also his darker moments, such as when all the people of Arles – and the world – seem against him.

These views of the artist’s deep, passionate, stormy mind are perfectly portrayed by Defoe, while the relevance of the title of the film itself is also well revealed: the artist’s visions of the eternity of nature seem to echo the fact that his paintings will be greatly appreciated in all the years to come, while in his lifetime they are only derided.

The film’s only flaw is it does stretch on for too long, which may be off-putting for some viewers. However, like Van Gogh himself, for those willing to give it their time, At Eternity’s Gate will be appreciated and leave a lasting impression.