Review: The Girl on the Train at the Theatre Royal 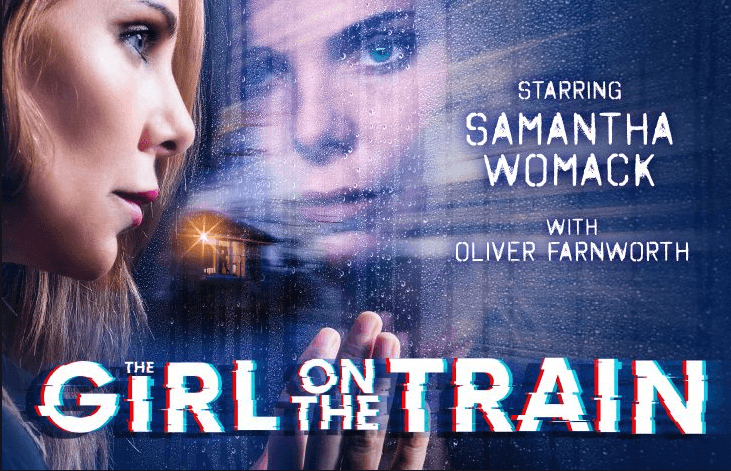 On April 29, 2019, the UK tour of The Girl on The Train arrived at its sixth destination: Newcastle’s Theatre Royal. I was lucky enough to be invited to the opening night of the production to experience the theatrical adaptation of my favourite book and film.

Adapted by Paula Hawkins’ best-selling novel and a box office hit film starring Emily Blunt, The Girl on the Train follows Rachel Watson, a lonely alcoholic on her train journey into the city of London every day.

During her aimless commute, Rachel passes her old home where her ex-husband Tom still lives with his new wife, Anna, and his baby, Evie. In an attempt to form a sense of escapism from her pain, Rachel begins fixating on Scott and Megan Hipwell, a seemingly perfect couple who live a few doors away from her former partner.

Rachel’s habit of living vicariously through this couple is brought to a sudden stop when Megan goes missing. After seeing something that ignited rage in her the night Megan went missing, Rachel tries to regain her memory while assisting in the investigation. Rachel soon loses the ability to trust herself and her memory, fearing both that something bad has happened to Megan and that she could be responsible.

As a fan of the film and the book, it would be impossible for me to not compare.  The film, of course, contains Emily Blunt, a powerhouse of diverse performances and range of emotions that cannot be matched.

However, Samantha Womack gave an impressive performance as Rachel. Womack made Rachel’s frustration at her lack of memory very convincing, especially when Rachel’s unhinging mental state finally reached its pinnacle during the second act. Her acting was slightly anticlimactic in the first act of the show, but Womack saved the performance towards the end.

Lowenna Melrose gives an emotional performance as Anna, Tom’s uptight wife, as does Kirsty Oswald who plays a troubled Megan. I would have liked the character of Megan to be more present in the show (as she is in the book and film) and would have liked the promiscuous and selfish side of the character to have been explored. The chemistry between the actors could use some work, as could the delivery of performance at certain points, but all of them make an effort.

I will state that although the theatre production of The Girl on The Train is engaging at some points, I found myself dissatisfied with the way Rachel’s alcoholism was portrayed. Hawkins’ novel is of such dark subject matter, and is about Rachel, a divorcee who is barely holding herself together due to an immense struggle with depression and alcohol addiction.   In the opening scene of the show, Rachel has just woken up, and she makes her way to the kitchen and swigs wine right from the bottle, which the audience surrounding me chuckled at. The use of humour surrounding Rachel’s drinking was a recurring theme, and given that alcoholism is a serious issue, I feel none of those scenes should be funny.

The Girl on the Train is very macabre, and although I understand the attempts to lighten the mood for audiences, the use of humour made some points of the show disengaging for me, and slightly took away from the characterisation of the source material: one of the main strengths of the book is that all of these characters are bad in some way.

Aside from this, the theatre production of The Girl on the Train often succeeds in engaging well with the audience. Sound designers Ben and Max Ringham successfully immerse theatregoers in the story via the harsh sounds of the train screeching on its tracks and Rachel’s traumatic flashbacks as she tries to recall what happened the night Megan went missing.

The set design  by James Cotterill was also impressive: Rachel’s grimy and basic apartment felt so small that the claustrophia of the four walls could swallow her, while Tom and Anna’s modern and immaculate kitchen convey their status well.  Most important of all, the synthetic train that separates Rachel from the audience, displaying her sense of absolute isolation, is extremely effective.

The theatre adaptation of The Girl on The Train has a unique approach and does succeed in capturing the essence of the film and novel in some ways, though not in others. Each actor brings in a praiseworthy performance, the setting and soundtrack creates an immersive experience for the audience and overall, Simon Friend, Amblin Partners and Josh Andrews have made a solid attempt at reconstructing and adapting Paula Hawkins’ work.

The Girl on the Train will be playing at Newcastle Theatre Royal until May 4.

2 Responses to Review: The Girl on the Train at the Theatre Royal