Anyone Fancy A Game of Coffee? 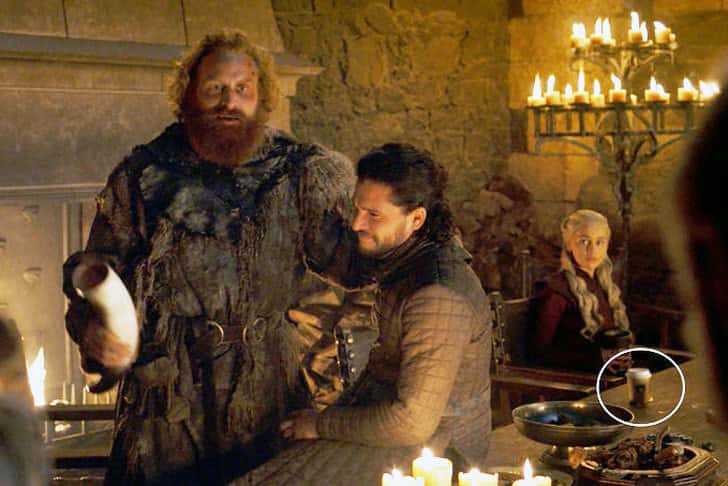 After long hours of filming – and even longer hours spent in the hair and makeup trailers getting ready – it’s no wonder that the actors and actresses of the new season of Game of Thrones desperately needed a bit of a caffeine boost.

Still, it was a shock to hawk-eyed viewers when a coffee cup made an appearance in one of the scenes in the fourth episode of season eight.

Of course, internet has had its fun with this blooper and, as expected, made memes out of the situation.

Here are some of my favourites:

Fun Fact: Starbucks was originally called “Starkbucks” and was founded shortly before the Battle of Winterfell #GameOfThrones pic.twitter.com/i66SZbixi4

However, I think that HBO perhaps left the coffee cup in deliberately, despite the millions they spend in perfecting each individual episode.

Think about it: we are now into the final season of the show, the media is saturated with minute plot details and potential spoilers, so why not give everyone something else to rave about?

It certainly means Game of Thrones stays in the headlines for longer, which may cause more people to remember to tune in next Sunday to watch the show. If so, HBO may just secure a larger profit whilst also keeping production costs high. It won’t do Starbucks any harm either.

However, it turns out that Daenerys Targaryen, Mother of Dragons, is more of a tea gal:

The latte that appeared in the episode was a mistake. #Daenerys had ordered an herbal tea. pic.twitter.com/ypowxGgQRl