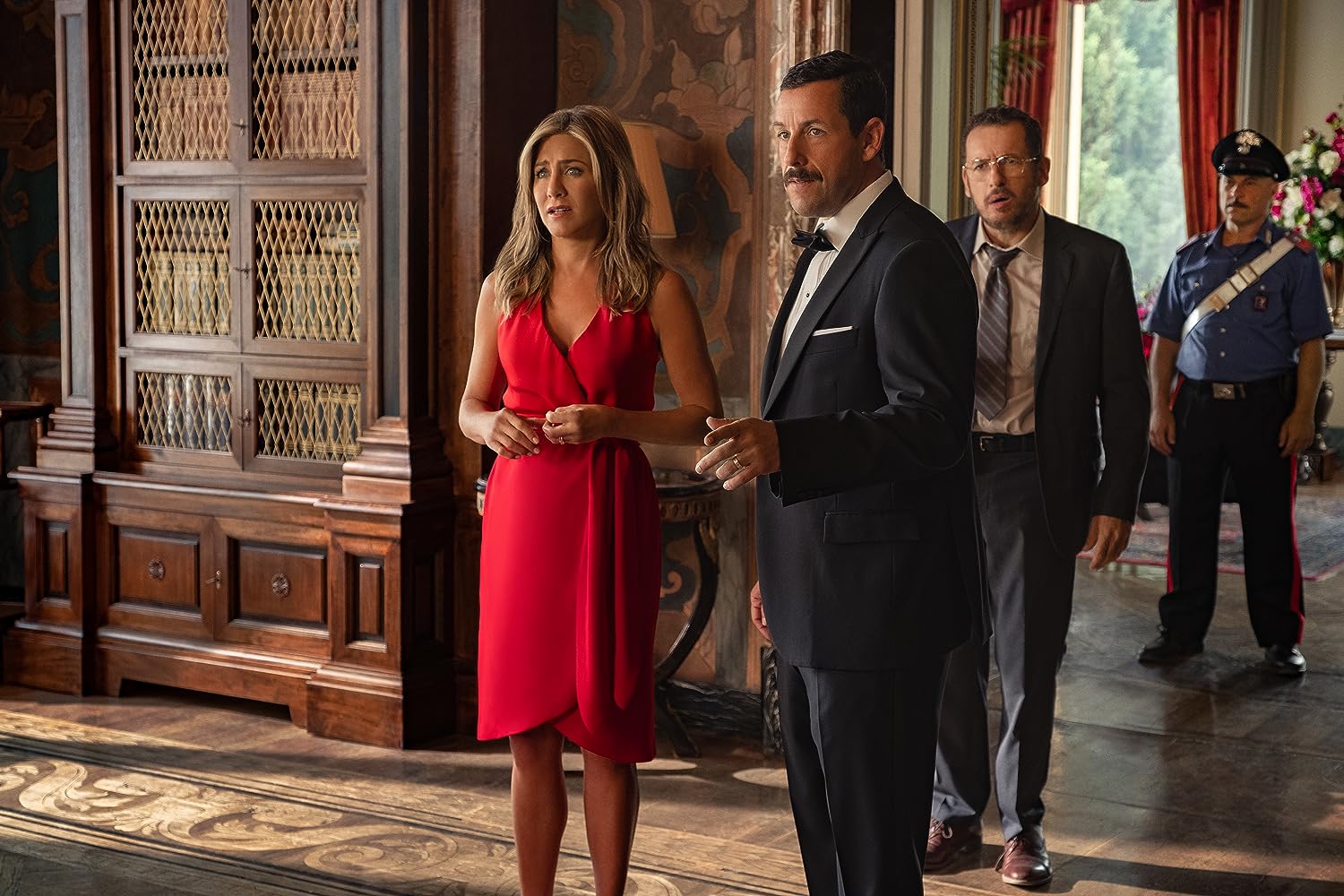 Oh, great, another Adam Sandler comedy. Sandler has been about as on the ball as a dead seal in these past few years of filmmaking. Jack and Jill seemed to be the catalyst of what has become a landslide of awful, cheap and downright dispiriting films that have taken their toll on the Sandman. His latest feature, the Netflix original Murder Mystery is more or less the same Sandler shtick, but with the added bonus of a horrible supporting cast and a leading duo that have about as much in common as star signs and reality.

A worn-out looking Sandler plays a worn-out looking police officer, Nicholas Spitz, who looks to make his way up to a detective level of work so he can earn some extra money and take his wife, Audrey, (Jennifer Aniston) to the honeymoon they always dreamed of. Disaster and foul play strike however, when Charles Cavendish (Luke Evans) invites them aboard his yacht. From there, the mystery unravels, as Nicholas and Audrey must find out who killed Malcolm Quince (Terence Stamp). See? There’s a murder, and a mystery. Quite the literal title.

Its humour and dialogue are about as blatant and interesting as that very on the nose title. None of the jokes stick out as anything special or particularly interesting. Literally the most forgettable piece of film Sandler has ever produced. At least the likes of Billy Maddison and Pixels are memorable as awkwardly stifled Sandler pieces. Why Murder Mystery can’t elicit some form of energy or interest in the slightest is beyond me. Such a nothing piece of film. There are few films where I feel like I’ve wasted my time entirely, but this is one of those rare occasions where nothing positive has been offered up.

One of the rare instances where watching with a group of friends did not improve the quality of the viewing, instead it just added to the list of people that were annoyed and bored by the end of its seemingly endless running time. Full of flat jokes, annoying performances from one of the strangest ensembles in modern memory and worst of all, phoned in performances. Even after all of this, I still have faith in Sandler’s ability to complete and produce a functional and funny comedy. Only time will tell, but the search for a good Adam Sandler comedy most certainly does not end with Murder Mystery.