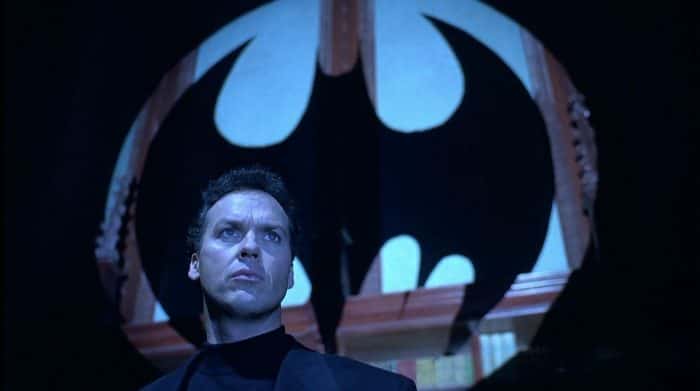 The Michael Keaton version of Batman became 30 years old this year. So how does it hold up in 2019? Is it better or worse than the most recent versions of the man dressed up as a bat?

Batman is without a doubt an iconic character, and one of the most well known DC characters of all time. Many actors have tried to play the role; from Adam West to most recently Ben Affleck, some succeeded like Christian Bale, some have not done as well. This movie had it’s 30th birthday back in August, and to be honest it’s still an interesting story with a shocking twist at the end.

I don’t understand long, dull introductions to films. James Bond has the little bit of action at the beginning followed by the lengthy song, but there’s always something on the screen that keeps you interested. In this, the camera pans around a dark, grey object for just over two minutes as they rolled the opening titles ie. ‘in association with DC comics’ and ‘produced by…’ such and such etc. For those two minutes I was wondering what I was staring at, was it the moon? It turned out to be the Batman badge. Two minutes for that! One minute would have just been enough, two minutes was definitely too long.

In all honesty, I don’t think I have ever been more confused about an opening sequence than this movie. Knowing about the background of Batman and the death of his parents. At the start, we see a small family, a little boy with his mother and father. Half expecting that to be Bruce Wayne and co. when they walked into a back alley and the father was shot, I was expecting the mother to die as well but that never happened. It didn’t even turn out to be Bruce, a man with a batman shadow was shortly seen afterwards, obviously Mr Wayne.

Michael Keaton was ranked within the top three of the Batmans out there to date. Watching Batman’s first encounter with Jack Nicholson, who played the joker was in a sense, funny. It reminded me of when you wake up with a stiff neck, where to look around you have to move your entire body around just to face that direction. I understand it was probably down to the costume design, as the suit looks to be an all-in-one, so he probably couldn’t move his head around without separating the costume from itself.

I want to know what the Joker’s name, I really do. In this, Nicholson is formerly known as Jack before he becomes the Joker. Joaquin Phoenix was known as Arthur. However, Heath Ledger and Jared Leto were only known as the Joker. So, which one is it???

Besides that Nicholson definitely played the Joker well in this adaptation of the character. He made him crazier while at the same time funny, especially as his first proper introduction as the Joker.

This scene alone, including the remaining screen time Nicholson has in this movie, puts him at least par with the late Heath Ledger in my books. However, I feel they both outrank each other in different aspects. Nicholson mainly plays the character in a more comical sense with a side of insanity while Ledger portrays the comic book character in a more sinister, serious tone. Nonetheless, I believe they are the best actors to play the Joker to date, followed by the newest actor to join the list, Phoenix.

To answer the question at the beginning, yes, it still holds up in 2019. Despite the technological advantages we have today, the 1989 version is still pretty good. Looking past the long introduction, the background imagery (as you could tell it was either the early ’90s computer-generated imagery or a set), and the costume flaw, it still, probably, has fewer continuity errors than the Bale trilogy. One moment being when Wayne (Bale) was testing out the Batmobile for the first time and turns the car left, but the car skids right. Even though the 89 film is still good, I still think Christopher Nolan’s Batman trilogy (2005 – 2012) just scrapes being better than Keaton’s version.