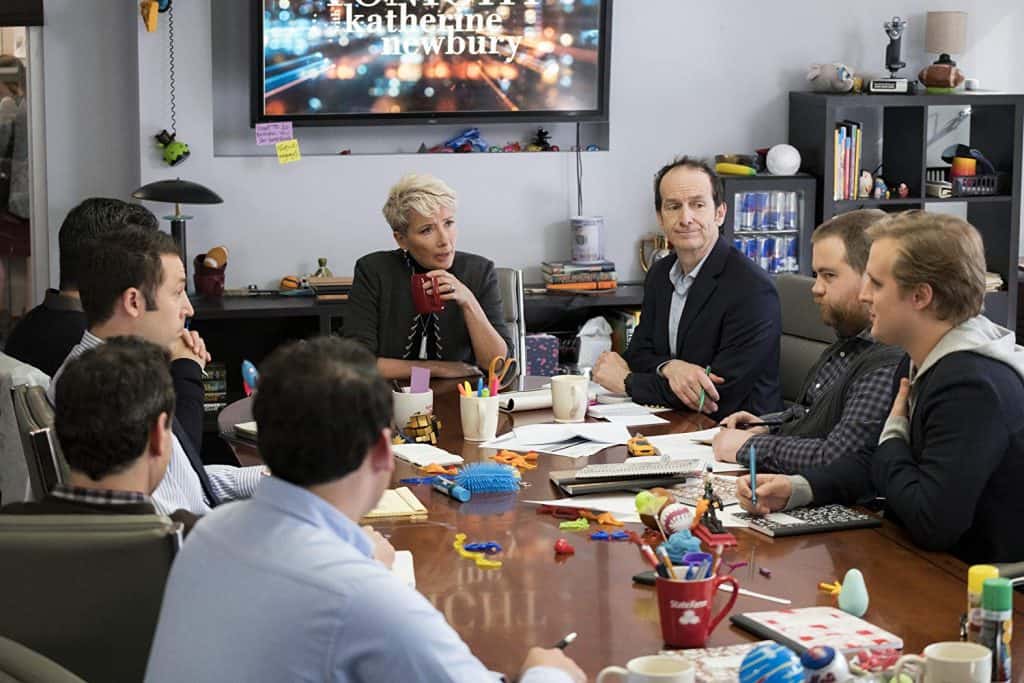 It fascinates me that Paul Feig was attached to direct this but dropped out due to his scheduling conflicts with another film that also starred Emma Thompson and looks incredibly mediocre. Too many middling to bad projects, and simply not enough time for Feig. I doubt Late Night would’ve differed greatly with a different director, with a script so formulaic and a cast so repugnant of change, it’s no surprise that its tightrope walking of the same intrepid tropes of the comedy genre are so worn out.

Written and starring Mindy Kaling of The Office and Oceans 8, her latest project, Late Night, looks to tackle the world of late-night talk show television. If anything needed to be ridiculed currently, it’s the vast array of late-night talk show pieces of cannon fodder that are thrust onto schedules without a care in the world. John Oliver, James Corden, Stephen Colbert, Trevor Noah, even people with talent like Jim Jefferies and James Acaster are tucking into the world of panel show television. Now seems to be a great time to tackle the issues that prevail in the world of executive decision making and the behind the scenes of television.

It’s debutant tackling of the big MeToo movement issue is mismatched with the tone and pacing of the movie. Instead of giving us either a light-hearted and jovial piece of comedy or a serious takedown of a large issue, Late Night instead tries to blend the two together in tremendously awkward fashion. Some of it sits well though, Emma Thompson as ever proves herself to be a treat, someone who’s work can be thoroughly enjoyed by any audience. She is a glimmer of hope in an otherwise miserably mediocre film though, and comes short of saving us from the misgivings of director Nisha Gantra’s comedy piece.

The big twists and turns of the movie are so deep rooted in what we’ve come to expect from every comedy film, it’s hard not to groan when you see the tropes rumble towards you. With optimistically tearful highs and depressingly glum lows, the film does nothing to counteract or change the stereotypes of the genre. Ironic, considering the movie looks to tackle the stereotypes of men and women working in the comedy industry, and the impact they each have on the workplace.

Late Night’s biggest issue, however, is how unilaterally dull and mediocre it is. Everything falls into the right place, but what stops it from achieving anything greater than being a forgettable comedy is that everyone involved is scared to take the leap outside of cliché. If anything, Late Night is a frustrating example of squandered potential, a film that had the choice between being a voice for a political movement or a straight-shooting comedy film, but couldn’t make up its mind and instead jumps between the two opposing themes in dramatically stupid fashion. Late Night is basically just Broadcast News but without the interesting characters or consequences that come from having a cast oozing chemistry.