Review: In the Loop 10th Anniversary 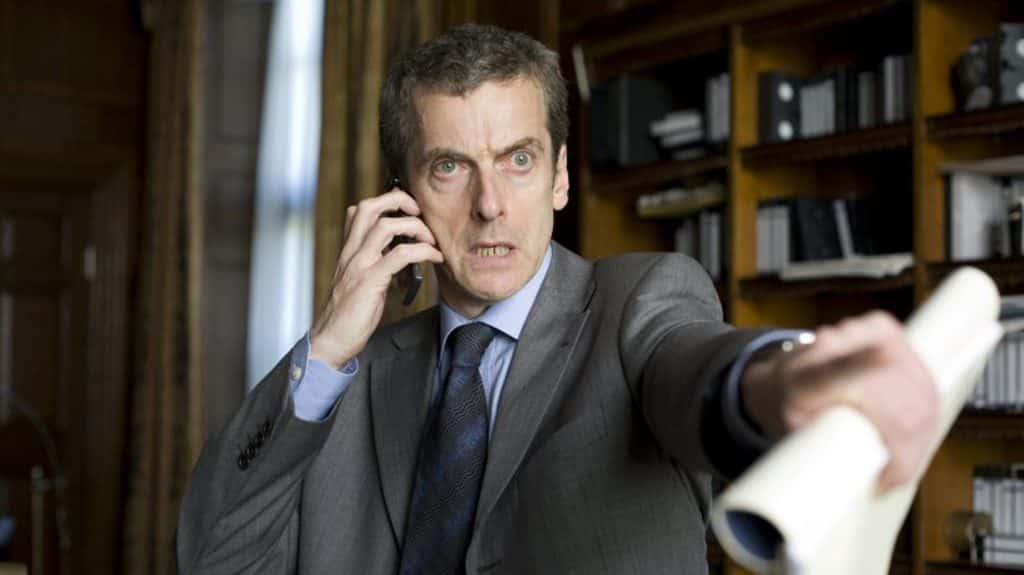 Politics isn’t exactly a subject that can provide much humour anymore. That’s a statement with factual credibility to it. The death of Charlie Brooker’s Yearly Wipe alongside the grim standings of Brexit: An Uncivil War are two examples of how the modern political piece is going to be dissected for which wing of politics it sits on, rather than that of the actual content itself. It makes it far more refreshing to re-visit In the Loop, ten years after its initial release. 2009 seems like a different time period entirely, and it certainly shows after looking back on this Armando Iannucci classic.

Based on the stunningly perfect BBC political satire The Thick of It, it’s one of the few film adaptations of British television that doesn’t make me want to scrape my eyes out with a trowel. In the Loop is an eclectic high of a film, one that relies greatly on superb writing and keen performances from a large cast of actors who look to break into the big screen branch of entertainment. You’ll probably recognise a large handful of faces throughout In the Loop from their various guest performances on various television programmes. Regular performers from The Thick of It return also, providing different roles to the ones they star as in the television show.

But only one cast member returns as the character he plays in the show, and rightly so. The inclusion of Malcolm Tucker is synonymous with the greatest episodes of the show and the rigidly high expectations I had for the film. Peter Capaldi shouts and swears his way through his greatest film performance to date, as the character that truly defined his career. In the Loop provides us with some of his greatest lines, and fans of the show will feel right at home with his leading role.

Effectively, In the Loop is an adaptation of an already brilliant show, but fitted and formatted for the big screen. It is an efficiently lengthy episode of The Thick of It, much like The Rise of the Nutters was a fantastically elongated piece to bridge together seasons two and three of the BBC show. Its writing is key to its success, never flatlining once in its comfortable running time. Every scene has something uniquely hilarious to it. Such a vast range of characters provides us with enough energy to bounce through several different styles of comedy with relative ease.

Its direction comes off well also, with the stylings of the television show only amplified to cater to a big screen experience. Possibly one of the greatest comedies ever created, In the Loop is a masterclass of hilariously well-timed segments built on a foundation of political thrills and conspiracies. A tremendous attempt at dissecting the earlier political problems of the century, while at the same time staying well away from real world events in a manner solely devoted to creating hilariously well-crafted scenes.