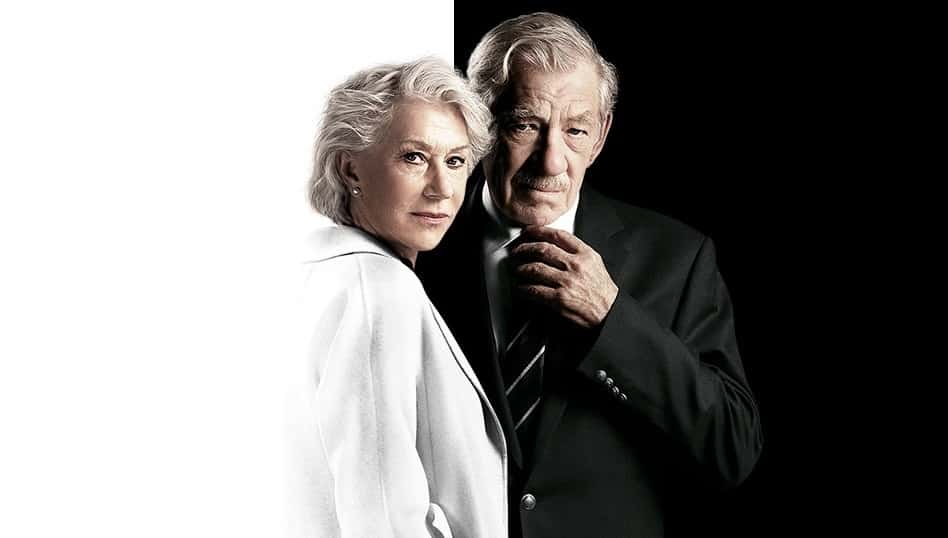 Sometimes it’s quite nice to see that old legends of the thriller genre can still cough up a great performance without really trying. Ian McKellen and Helen Mirren lead a resoundingly strong thriller that derails itself rapidly in the final ten minutes of its running time. The Good Liar is the latest in a slew of British thrillers that have the casting muscle to make big waves in a genre that needs a heavy revitalisation, but fails to make more than a tepid splash in an otherwise by the book thriller piece.

The trailers for The Good Liar make it seem like an espionage thriller set in the twilight years of life, with one conman trying to ruse a woman out of her finances. But dark secrets are at every turn, or at least they should be, instead they’re cluttered at the back end of the film. Directed by Bill Condon, the man that gave us stellar classics like Twilight: Breaking Dawn and the fourth film in the Candyman series, The Good Liar looks set to be his finest work. It’s a shame then that his finest work translates to a mediocre piece.

McKellen is always a solid leading actor, and his role in The Good Liar gives us one of the best blends of his abilities as a performer in recent years. He provides both charming, senile positives with bloodthirsty double-crossing villainy in a completely seamless fashion. He gives a great performance on the whole, working with a solid enough script that begins to foam at the mouth after the first hour or so. It’s a script that makes itself out to be much smarter than it actually is, and writers Nicholas Searle and Jeffrey Hatcher should know better than to leave in so many obvious hints to where the film is going to end up.

I was hopeful the film wouldn’t head in the way it was going, the predictability washing over any chance of further enjoyment like jam or something equally as unpleasant to be covered in. Marmite is the word that springs to mind when thinking about The Good Liar, a piece that will gauge its audience on whether or not they fall for its uselessly strange final twist. It’s a real shame I can’t mention the twist given that it is the basis for the entire film, but trust me when I say it is one of the strangest in modern times, and for those who have seen Apt Pupil you’ll know exactly what happens.

At least there are some fairly strong performances throughout, it’s not just McKellen that shines in a genuinely enjoyable role. Helen Mirren stars alongside the Academy Award nominated actor and provides us further proof that she is an entirely dependable and flexible performer, one that can blend tones together with relative ease. Russell Tovey and Jim Carter also provide engaging supporting roles, all of which mix together into some nice chemistry that carries us through most of the film.

The sad fact though is that The Good Liar is so resolutely fixated on how great its twist is that it forgets to add an actual twist worth sticking around for. It adds a sour taste to the rest of the movie, a piece that goes from being a solid affair to something so strangely useless in its last fluttering moments. A real misfire that could’ve been a great piece with a bit of a trim, The Good Liar holds solid performances for those that are fans of each respective actor, but does little else to inspire in a lacking script and some mediocre direction.