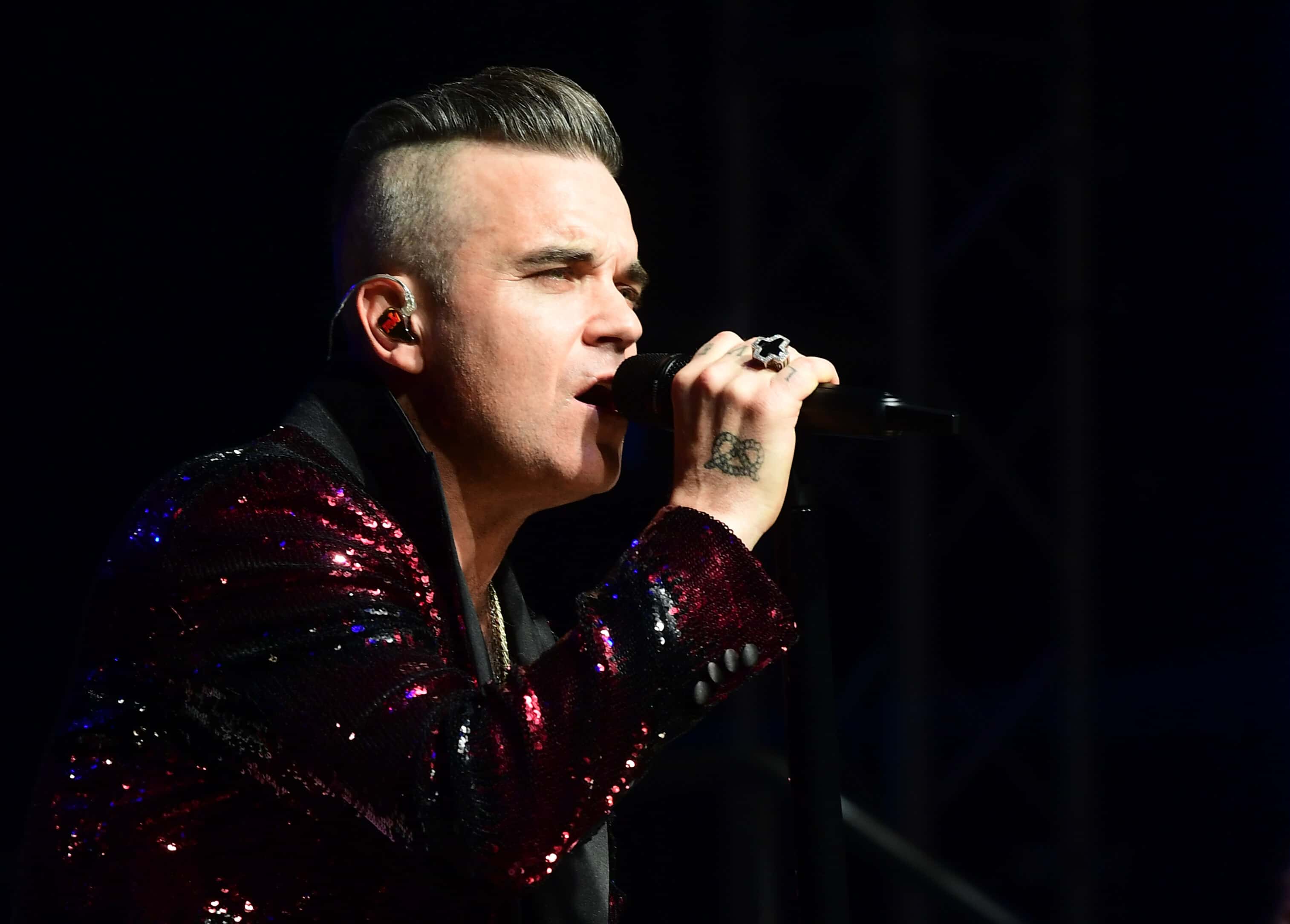 With dreary weather and exhausting politics gripping the country, the promise of copious eating and drunken carolling at Christmas is the light at the end of the longest tunnel ever. But even this has been spoiled. And by whom? None other than pop legend Robbie Williams, who we thought we could trust to make a Christmas album that would help us forget about the tragic state of the world. Instead, we are reminded of the unbearable underbelly of tragic Christmas music, encapsulated by his latest album, The Christmas Present.

Clearly Williams thinks that trolleying out a big band and a couple of well-known jazz artist such as Jamie Cullum will earn him a spot on the Christmas album shelf beside the likes of Buble and Kylie. Not the case. Just as with his “swing” album, the pop and rock star throws a few string arrangements, the odd tuneful giggle and a “Merry Christmas mate” into the mix and WHAM! It’s jazz (Christmas pun not intended). And, of course, there’s the children’s choir – every Christmas song’s staple if they’re hoping to make a cheap buck. Even if a song is pure rubbish, if it features the innocent, childish joy of 30 schoolkids it gets a free pass with most of the population. Pass the sick bucket.

The Christmas music landscape is so saturated with the same old heart-warming, easy-listening drivel, in order to make something people will like and (more importantly) something that will sell, it has to be different. Look at Annie Lennox’s A Christmas Cornucopia – sure, it’s pretty bloody weird and cooky, but she took carols and songs that have been sung both in and out of tune for hundreds of years and made something original. The same can be said for Kate Rusby with The Frost Is All Over – a folky reimagining of some of our favourite Christmas tunes, as well as some we’ve never heard of. The same cannot be said for The Christmas Present. This is an album which, at best, is the perfect gift to give someone you really don’t like.

Robbie is a BTEC Michael Buble. Unfortunately for Robbie and many others like him, the territory of modern jazz Christmas music has been well and truly claimed by Buble, simply because he got there first. But also because he does it so well. Or at least, a damn-sight better than Robbie.

You’d assume that he made this album for the financial gain, if he hadn’t been named in The Sunday Times’ 2011 rich-list. However, since then he has had three children, so perhaps their Christmas lists looked a little steep this year and needed some extra funding. Enter token Christmas album. Bound to make you a couple of bob every December, even if it’s just playing nationwide in Poundlands.

The concept of the album is at least a tiny bit interesting. The first half is “Christmas Past” – your classic Nat King Cole and Bing Crosby numbers. The second, “Christmas Present” – some more modern Christmas songs for us to enjoy. If, that is, you enjoy the constant inane ringing of sleigh bells which cover up some questionable singing from the same children who presumably wrote the lyrics to the songs.

If you’re still thinking of purchasing The Christmas Present, make sure you keep the gift receipt. I predict lots of returns before the year is out.