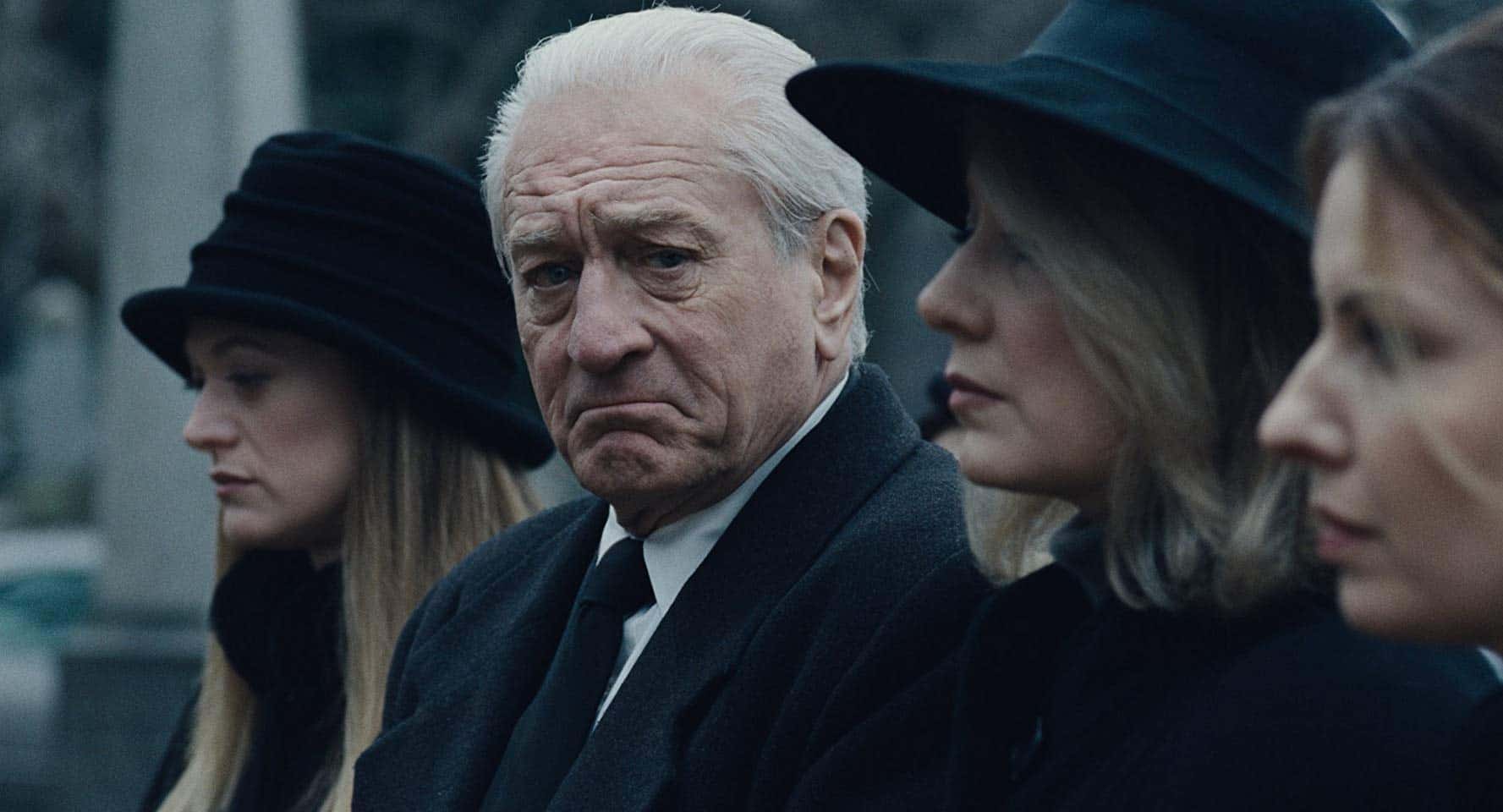 Long awaited, and longer in running time, director Martin Scorsese’s newest feature, The Irishman has been long awaited by those hungry for his return to the gangster film genre. Teaming up with Netflix to release this three-and-a-half-hour epic seemed a bold choice; the track record of Netflix originals resembling anywhere close to good is next to nothing. At the hands of Scorsese though, and his affluent pool of talented friends, Netflix have finally received a piece of work worth releasing onto their streaming platform.

Starring Robert De Niro as Frank “The Irishman” Sheeran, the newest film by Scorsese follows Sheeran’s indoctrination into his life of crime and how he, alongside a few other familiar famous faces formed the unions, most prominently helmed by Jimmy Hoffa (Al Pacino). Together with Russell Bufalino (Joe Pesci), his brother, Bill (Ray Romano) and Joe Gallo (Bobby Cannavale), Sheeran finds himself nearing the top of the Italian mob empire, with dire consequences for those that involve themselves in his business.

There are fleeting recollections of Goodfellas throughout, which I would argue is Scorsese’s greatest piece of work. Replicating much of the atmosphere and tones from that, but without the real scope and scale of it all, The Irishman struggles with slower pacing than would be expected for a strong gangster film. By no means is it an issue, with more time taken to show off an illustriously large cast full of a whole host of famous faces. Harvey Keitel, Jesse Plemons and Anna Paquin all co-star in this truly impressive ensemble. Although the length of the film feels slow at times, there’s still not enough room to feature all of the great performers brought together by this film. Keitel feels rather wasted in his few brief scenes, even forgettable at times. Paquin barely leaves a mark on the film, and Cannavale is side lined far too soon into the films running time.

With the lacking performances from a small handful of performers not because of their abilities but because of the time we spend with them, it’s a reassuring surprise that the rest of the cast can make up for what they appear to be lacking. A rare outing for actor turned musician, Joe Pesci, he slips right back into the leading performance role without so much as a bump or a jitter. He’s an incredible asset to the film, with a totally different performance than that of his time in other Scorsese flicks like the aforementioned Goodfellas or Casino. He seems reigned in, his age seemingly preventing him from the outlandish antics he got up to in those predecessor films. More akin to his supporting role in Raging Bull than anything else, Pesci plays an important role that feels much calmer than I would expect.

He still provides a tough as nails performance though, instead of the wildcard character he plays the character that is sought out by those in trouble. He commandeers respect from everyone around him, including our titular Irishman. As ever, when you cast Robert De Niro in a leading role, you can always expect a surreal performance. Here, under the impressive de-aging CGI, we see him transition through a lengthy life of crime. His affiliation with the Italian crime mob, Jimmy Hoffa and also his own family is thoroughly examined through an exemplary performance. De Niro sets the benchmark early, and eclipses himself well with the time he spends sharing the screen with Pesci, Pacino and, most surprising of all, Romano.

A career resurgence that started out with a supporting role in The Big Sick, everyone is seemingly loving Ray Romano these days. Rightly so, too, he’s a great actor and it’s incredibly rewarding to see him star alongside some of the greats. His performance throughout The Irishman is slick, thoroughly enjoyable and shows that he can bump shoulders with some of the greatest veterans in the business. He shares scenes with Pesci, Pacino and De Niro with great ease, even outshining them on a handful of occasions.

All of these performances are possible to some great direction from Scorsese. I’ll be the first to admit that this is nowhere close to his strongest works, though. His direction gets the job done, but there are no lengthy shots like there were in Casino, no grandiose sets which Goodfellas has to offer, nor are there even any nicely themed cinematography choices like we see in Raging Bull. This feels more your standard affair, and watching this on the streaming platform Netflix may be one of the key reasons as to why it feels this way. It takes away a layer to his work, it’s not much but it’s certainly noticeable.

His camerawork is on point as ever though, a handful of beautiful shots thrown in to mix up some quite frankly standard direction at times. With a script that doesn’t have any real glistening or shiny moments to it either, it’s hard to understand how such great performances are given if the script hasn’t quite got that nice appeal to it. For one reason or another, aspects of the film feel mismatched, out of place, at times it even feels quite sloppy or slow. But even with that said, The Irishman is a superb piece of film, one that manages to craft great performances from a small handful of legendary performers.

Many Scorsese fans will go into this film for the name value alone, from not just its director but its various casting choices. Those who know nothing of Scorsese and are looking for a solid biopic or gangster flick, this would definitely be a strong contender. The Irishman will certainly gain itself a unique following from fans of Scorsese, De Niro and Pesci, but to reach a wider audience it features conventional filmmaking techniques that feel certainly comfortable on a streaming platform. It’s a happy medium that manages to not outstay its welcome, yet at the same time tell a compelling, if not shaky, true story.