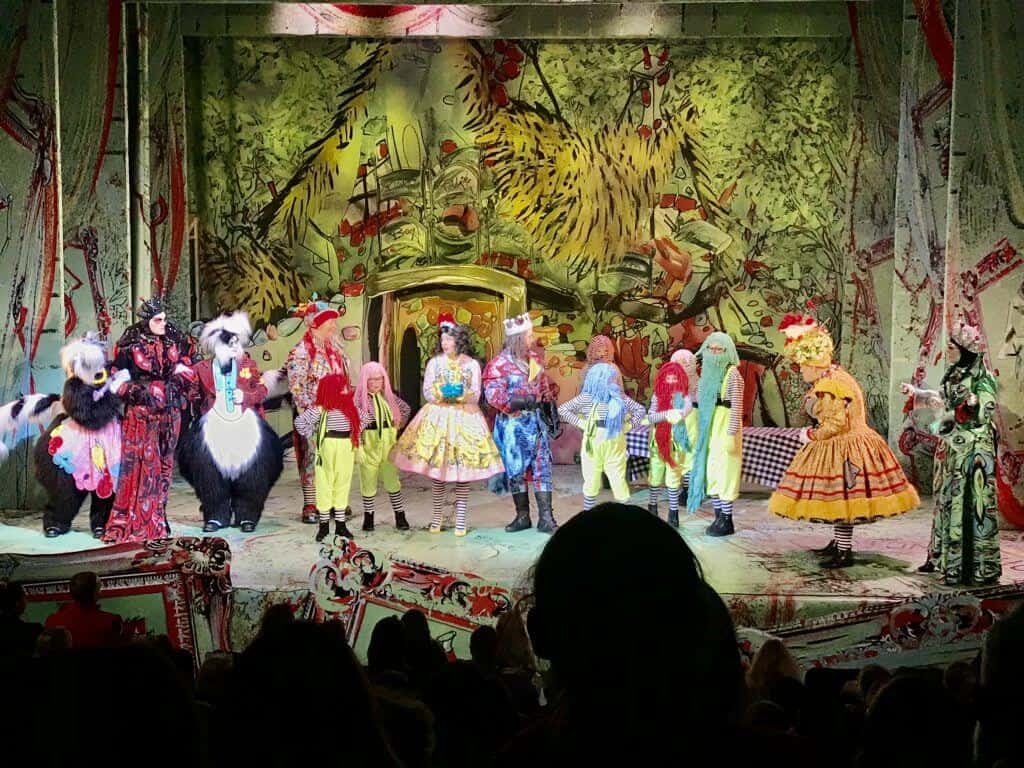 The show began with The Evil Queen (played by Steven Lee Hamilton) and the iconic “mirror mirror on the wall” scene. The first thing I noticed was how beautifully made the costumes were, as the rhinestones in The Evil Queen’s dress caught the light. Secondly, I noticed the set, which was decorated to an exceptional standard with intricate details.

As the panto progressed, we met more characters including Snow White herself (played by Annie Guy). From what I saw, I thought that Guy was a very talented actress and she had the Disney princess chirpy tone down to a t. We also saw director Ray Spencer take on the role as Dame Bella Ballcock, and his character provided subtle humour for the adults in the audience making the scenes enjoyable for everyone of all ages. Within Dame Bella Ballcock’s dialogue, there was also funny references to South Shields, which as someone who has lived in this town my whole life, I could understand and laugh along to.

With more character appearances, including Minerva The Mirror (played by Bethan Amber) who found her freedom by breaking out of the mirror and becoming human again to save her daughter Snow White (which was a twist I was definitely not expecting), we met the handsome Prince of The North (Dale Jewitt) and Sniffy and Whiffy – two loveable skunks (Charlie Raine and Luke Maddison). Sniffy and Whiffy’s scenes were hilarious and the actors were unrecognizable in the skunk costumes they wore. I particularly enjoyed the fact that Sniffy also used sign language alongside her dialogue, which I thought was a great addition to the show and great to see the inclusion of non-hearing audience members. The standout performer for me though had to be Davey Hopper as Arbuthnot, whose comic timing was impeccable. His innocent Geordie character was incredibly likeable and fun to watch.

Of course, there was the “Oh no you didn’t!” and “He’s behind you!” moments that can be quite cringey, but saying that, it wouldn’t be a traditional panto without them, so I happily went along with it. With popular songs we could all sing along to accompanying the hilarious script, amazing dance performances by South Tyneside Dance Workshop and of course excellent actors, I thoroughly enjoyed the show and came away from it with a smile on my face.