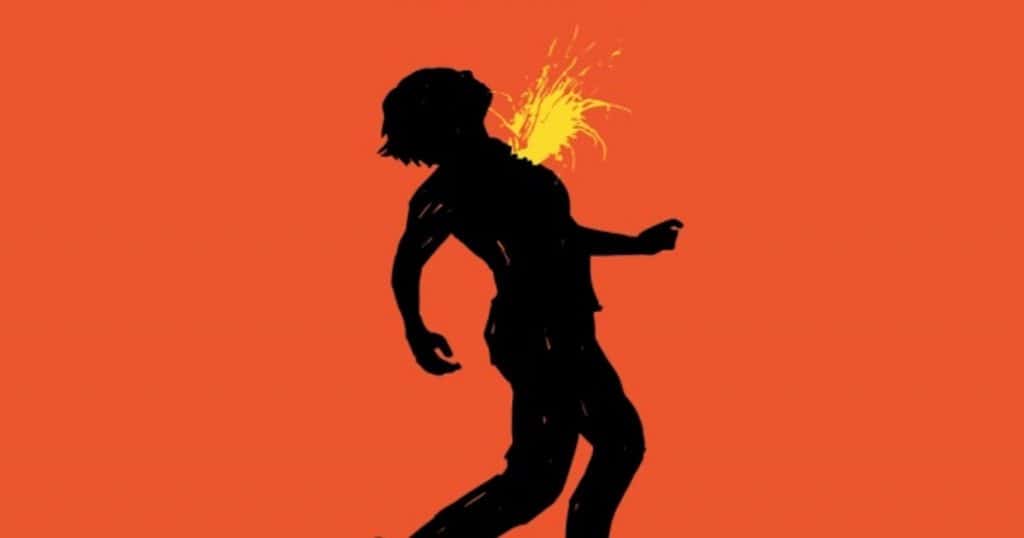 As we enter weeks two and three of my coverage of Amazon’s SXSW festival, I find myself regretting the decision to cover the event. Nothing so far has been of any real value. Cat in the Wall was a bland, generic discussion Brexit and politics, whilst TFW No GF was a laughable expose on cretinous individuals. I’ve staved off the remaining feature films to be put out by the festival for as long as I can, but, inevitably, I will indeed watch the rest of them. Perhaps it’ll be a few days from now, or years later when I have the energy to force myself through some of the worst independent cinema I’ve laid eyes on in modern memory. Gunpowder Heart, then, is nothing special, and that’s the nicest thing I could possibly say about it.

There are some truly uncomfortable scenes throughout Gunpowder Heart, but the direction of such scenes is flimsy and poorly orchestrated. A film that goes for hard-hitting, horrible scenarios without all that much build-up whatsoever. These unflinching scenes are used merely as build-up, the fallout of which is brought about in futile and minimal detail.

With the main issue residing in the leading performances, it’s fair to blame some of the more overall issues on a generic script that doesn’t do all that much to flesh out its characters. Bland caricatures that litter the screen, with a focus in on a relationship between Claudia and Maria. They’re not interesting characters, and feel extremely one note for the majority of the time they spend together on screen. Claudia is the level headed lead, Maria is the angsty and fiery other half, but that’s all the depth we get from these moments. Neither provide an interesting enough performance, making it a rather futile idea to attempt any sort of investment. Scenes of drama are clogged into the film without much rhyme or reason. It attempts to showcase the love between our characters, but there are more refreshing and provocative ways to do this than just a showcase of generic sex scenes intercut with bland dialogue.

Clunky direction litters the few scenes of interest, an always shaking camera makes for a very amateurish look. It doesn’t add to any layers the film would look to create, nor does it help the narrative in any way at all. Rather than a stylish choice, it feels more like an incompetency. Scenes that required a completely standard shot, reverse-shot style are made infinitely more grating and restrictive by a constantly moving camera.

Gunpowder Heart feels like a movie that has been done all before. It’s as if the director spots engaging or interesting scenes within other films and attempts to replicate them, poorly. It’s a film of concepts and ideas, and handled with a bit more grace and care could’ve been the highlight of a very dim festival so far. Interjecting narratives, a complete lack of focus on the whole and just a generally uninteresting time make Gunpowder Plot a puzzlingly bland experience.