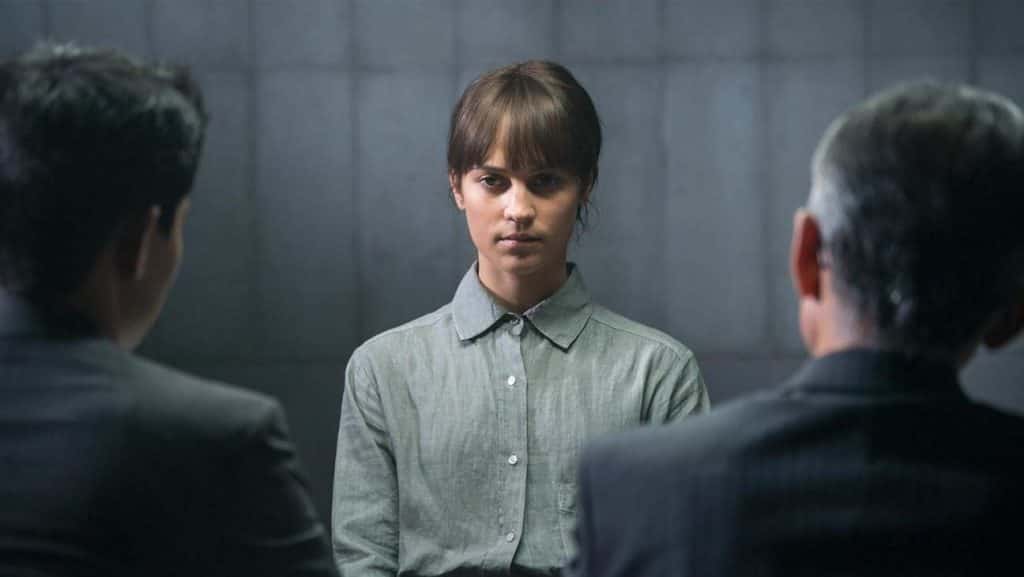 It’s not often that I can’t recall a single moment of a film after watching it, but Earthquake Bird puts me in the awkward position of not remembering a single aspect of its wafer-thin attempts at putting together a competent movie. A rare moment where I haven’t got the energy necessary to actively hate the film, since it resembles absolutely nothing at all. A complete shell, a miserable concoction from the director of one of my favourite films, Still Alice. Instead of a tightly driven, Academy Award-winning piece, director Wash Westmoreland brings us a lukewarm thriller that attempts to blend mystery elements, conventional drama and even a bit of romance to tie it all together, like putting a velvet ribbon around an anchor attached to the leg of the audience.

Bringing nothing at all new to the table, Earthquake Bird stars Alicia Vikander of Tomb Raider and Ex Machina fame as translator Lucy Fly. Expectantly, she finds herself in over her head after dealing with a shady, mysterious individual with an obsession in photography. It never really goes anywhere that interesting. Art students think an obsession in photography is mysterious, when in fact it’s more just a career path than a fixation. A compulsion to take photographs of trees and have the film printed isn’t mysterious, it’s a sign that this individual has a few screws loose.

My only praise for Earthquake Bird is that nothing goes wrong. The camera doesn’t fall apart, so that’s a great start (although at times I wish it had). None of the actors go violently off message, nor does anyone have a breakdown or struggle to convey the two emotions shared by its lifeless, unrecognisably poor ensemble. Vikander’s leading performance showcases a sadly generic airhead, adapting to the situations as they come in an aimless chase of thrilling romance and mysterious horrors. It’s not conveyed interestingly, a bland script that feels inadequate at the best of times, and insulting at the worst.

Earthquake Bird tanks, and it tanks hard. Westmoreland’s direction brings that sheen I just can’t quite escape from modern movies, everything is so pure and cleansed, a visual detox, devoid of all interest or marks of real craftsmanship. A dutifully made film, with little wiggle room for experimentation or deviation, this Netflix original (because of course it’s Netflix making this sort of misery), bring to the table a thriller that makes the likes of Bushwick, Shoot to Kill, and Shimmer Lake look like masterfully crafted beasts that muse on topics that are simply unheard of. I’d assume few know of any of those mentioned films, but my advice would be the advice I give for those interested in watching Earthquake Bird. Avoid it at all costs.