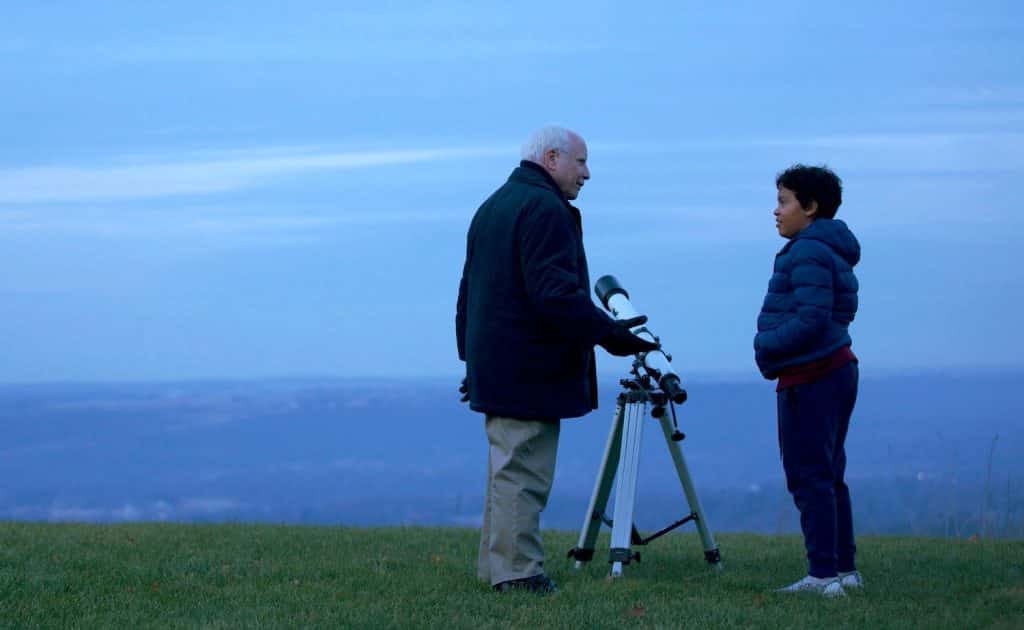 ASTRONAUT is just Willy Wonka and the Chocolate Factory, but with our protagonist dreaming of imploding in an endless void filled with stars, rather than drowning in a chocolate river.

An independently-made Richard Dreyfuss-led film showcasing a widower who dreams of going to space, and the golden ticket that makes it possible. The feature-length debut of director Shelagh McLeod leans into the strengths of its leading man and plucky direction in just the right moments, to turn Astronaut into a blend of quirky, jagged independent direction, and strong experience from a handful of cast members.

What should have been a rather fumbled, mediocre film about one man coming to terms with the loss of his wife and his ageing, turns into a rather comfortable watch. There are a few moments where the pure-hearted nature of the film comes out in full force, with Dreyfuss’ leading role as Angus making for a strong core for the film’s message to expand on.

It becomes a family drama with space adventures slipping away into the background, and as the film trundles on it begins to feel like a red herring. It’s a shame that the film begins to lose steam once it involves itself with space-related moments, and the family drama is far more enjoyable than wanting to strap Richard Dreyfuss to a rocket and fire him into the moon.

There are a handful of times throughout where Astronaut feels oddly manipulative. It doesn’t take too much to invest in this film, and it makes it all the easier to be emotionally manipulated by Dreyfuss’ ability to look sad. Some of the scenes seem rather forced, a bit awkward and do struggle under the weight of having such a prominent actor outshine the rest of its tolerable cast. There are times where it’s very clumsy, a little hammy and borderline phased out of its own reality, but the charms it can offer up from time to time make these moments worth it. Colm Feore shows up for a few scenes too, bringing his wardrobe of grey shirts to a role that provides us with a bland, somewhat villainous and predictable supporting role.

A cosy, harmless film about following your dreams, no matter what may stop you. You can’t really stay all that angry with such a nice message, and Dreyfuss’ commanding performance keeps this one together. Still, if you want to see what Art Hindle, leading man from The Brood, has been getting up to, Astronaut will provide you with some form of update. There’s nothing dreadful throughout, a competent film and a tremendously light debut feature for any director. Nothing ground-breaking, but a film that never tries to stretch its merits father than they can feasibly go.