Movie Review: The Devil All The Time 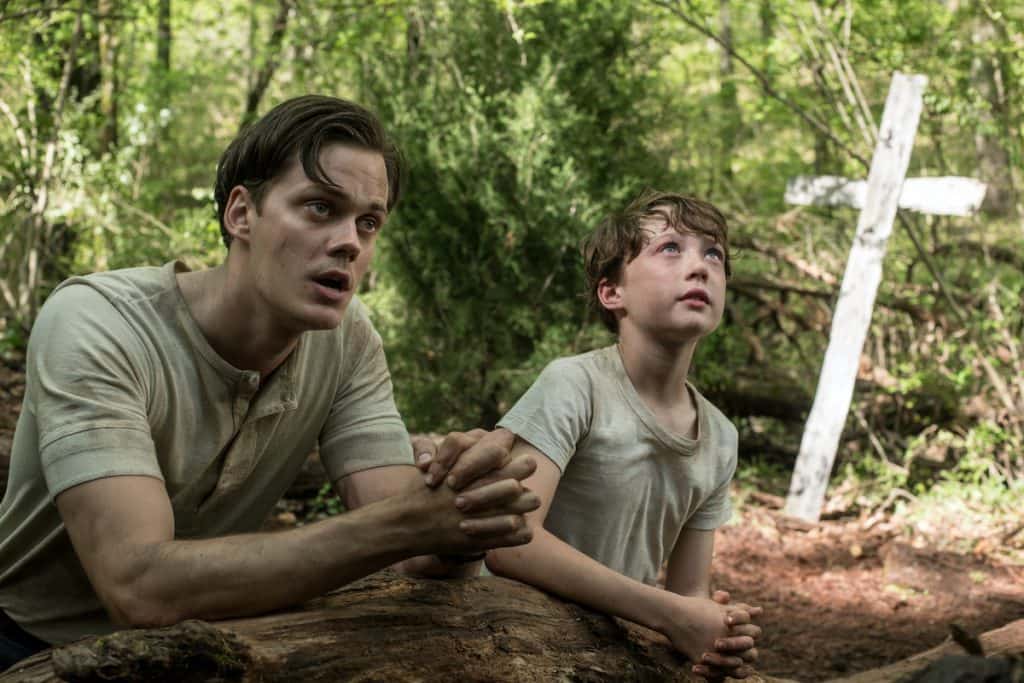 The backwater, bible-belt of America has been documented in fiction for quite some time. I remember Deliverance giving brief, splattered insights into the most extreme and murky of these areas, but now there’s a sudden drive to showcase this Southern land of America as much as possible. Some showcase it as intolerable racists, period pieces like Green Book, but The Devil All the Time shows a violent side, one filled with sinister characters looking to dim the shining light of hope in an otherwise horrid environment. This post-war set film from director Antonio Campos looks to delve right into the murky depths of the south, without understanding what makes it so chilling, or why those stereotypes and cliché ideas have come into play so often in the land of Hollywood.

A comfortable cast of recognisable faces should attract a wider audience than one would expect for a frankly loose and mediocre drama. Tom Holland leads the charge, not web-slinging his way through the streets and winding roads, but traversing the lands of post-war America. He encounters the devout and righteous from time to time, as does his relation, Willard Russell (Bill Skarsgård). The cliché of flashbacks is used heavily here, and they don’t add all that much to the narrative. In this regard, though, it feels more a criticism of Campos’ direction than the writers, which Campos was also a part of. His inability to hold an engaging shot, the characters with the most to say often have trouble holding the camera as it spins around the room or struggles to focus in on. The best parts of the film fall to pieces thanks to this horribly loose direction. It demands nothing and appears to do very little for its cast, or its audience.

Solid performances from the supporting cast members often have one thing in common. Harry Melling and Robert Pattinson both play preachers, both from different eras, and they both manage to hog the spotlight. They come out of this one relatively unscathed. Tonally, the film is inconsistent. It sways from passionate prayer to tales of murder; it’s a jarring change of pace and it happens often. There’s no consistency to be found anywhere within, with Campos’ direction sparing nobody from what turns into a relatively bloody, barren film with nothing to say. Aimless isn’t the word, there’s no pacing or connection between events, things just happen and we move on without having time to digest or understand the actions and interactions of this group of characters. It has loose links, introducing characters in such a brief, sweeping regard, and then having them crop up later on with no regard for how the story has, by then, forgotten about them entirely.

The Devil All the Time has its hooks in a somewhat engaging period, and a certainly interesting topic, it just doesn’t have the mettle necessary to carry itself to the finish line. It showcases a line between Stockholm syndrome and devotion to family and religious values, but fumbles it greatly with stock plot points and disengaged characters. Inconsistent narration that explains what the characters are doing, as they do it, or merely explains background information that is both useless and could be told if the directing weren’t so lazy. The inconsistencies here are down to the lack of dedication from the crew, rather than the efforts of the cast. A real shame, as The Devil All the Time forgets that the devil is in the detail, of which there is little.