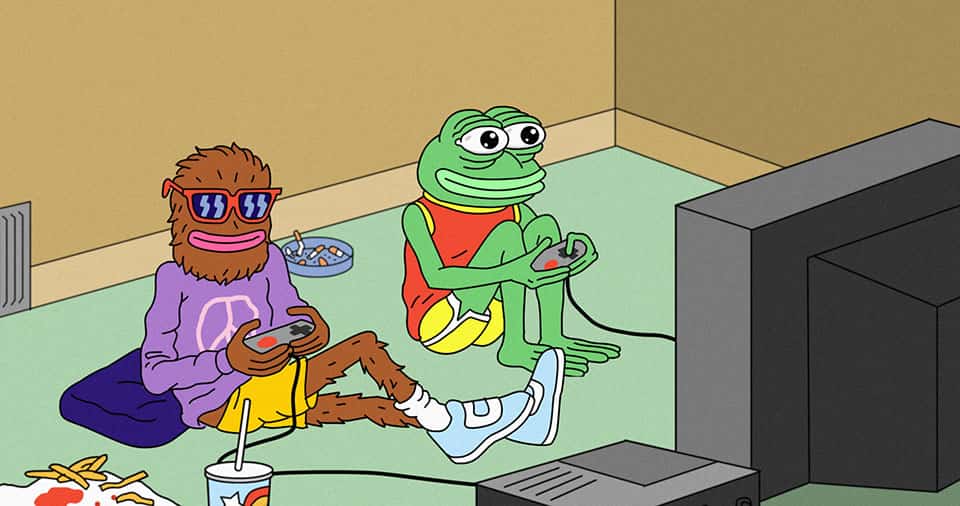 How a symbol of independent, comic charm went from harmless frog to hate-fuelled, seedy villain is a genuinely interesting tale. Feels Good Man looks to explore that, and the creator of such an initially harmless image. Following Matt Furie as he attempts to reclaim his most infamous drawing, this documentary scratches the surface of internet culture, why Pepe the Frog became so popular, and ultimately does a solid job of understanding the many sub-cultures and groups dedicating their lives to a seemingly harmless internet meme.

Furie’s observations and explanations about the history of Pepe adds a fair amount of context to the reasons behind his drawing’s sudden nature of hate. A post-college style of comedy, channelled into an innocent character in a comic entitled Boys Club. It’s ripe for the picking, and the happenstance nature of its rise in popularity is lightning in a bottle. But that’s exactly the reason Pepe became popular, happenstance. It’s a completely random event, people found a strip of the comic funny out of context, and it snowballed from there. Furie spends much of the documentary in a constant state of suffering, his most popular drawing falling to internet trolls who could replicate his work rather easily. He tries to reclaim his drawing from the internet, who have turned his once loveable and goofy character into a “symbol of hate”.

But that begs the question as to whether or not Furie can reclaim his drawing at all. At the end of the day, it’s his work, and he’s free to use it. By the sounds of it, he and the documentary crew have let his work be defined by a few fringe monsters on the far-right, and not the bulk of those who do indeed adapt and appreciate the original concept, content, and love behind Furie’s work. There’s a #SavePepe created, and for the most part it goes off without a hitch, with thousands of wholesome drawings shared around on social media. It’s somewhat hard to empathise with a man making more money than anyone could have ever expected from a frog cartoon, but it’s hard to avoid the fact that it’s hard to see innocent art fall into the hands of a few bad eggs. The documentary manages this balance fairly well, but finds itself stuck in a swamp of trying to understand the mindset of the users. It dives between a message of Pepe being a harmless joke, but also a movement of the right-wing, and it never finds a comfortable middle-ground or believable conclusion. They throw diversions at us and see which one’s stick.

Those diversions become frequenter, and the deeper we go, the more engaging and odder it becomes. The Pepe economy, Furie taking Alex Jones to court, it’s all about reclaiming a part of his personality that he feels was lost to fringe groups and maniacs. There is of course an economic angle to this, the printing of Pepe shirts and a clothing brand helmed by Furie do feel like a prime reason he’s going for the jugular so often with these internet trolls.

Feels Good Man follows the struggle of an artist who has to accept his drawings have been lost to a spectrum of different meanings. Pepe the Frog has become synonymous with message boards, forums and memes, which is all well and good until you realise that Furie has had to part ways with the drawing that has shot him into comfortable stardom and financial security. The political discourse surrounding the frog has led to a complete fallout, and the documentary does a good job at not just showing the impact this has had on the modern landscape and internet, but also the creator of the drawing. Furie has adapted financially to the changes and innovation the internet has provided his original vision, and whilst it may not have been his initial intention, it’s hard to feel bad for him when he seems to be feeling so good, man.