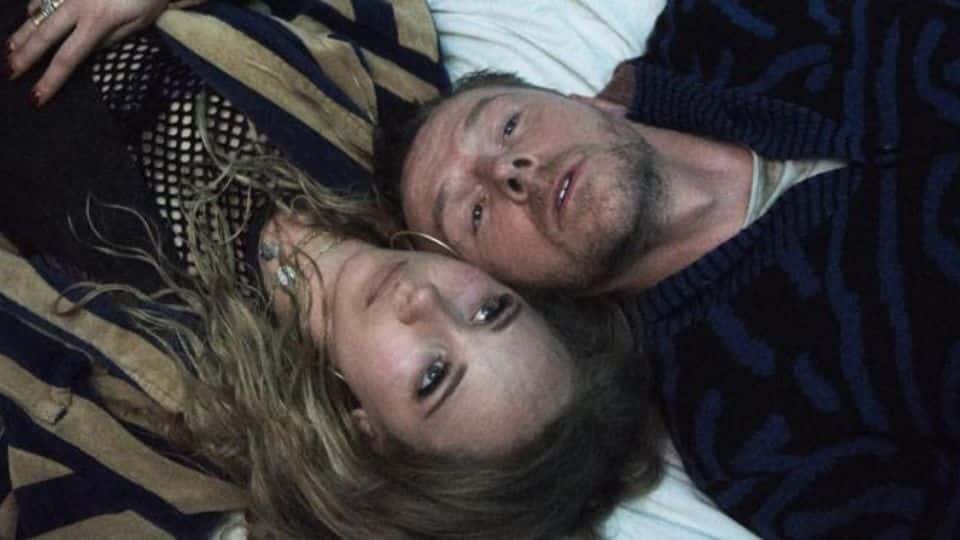 The more I see from this year’s release slate, the less inspired I am to delve into the newest releases. Some of them are miserable ordeals, movies that are created with nobody in mind except the tax breaks and holiday potential of a few crew members at the heart of it all. Other films will drop off the map entirely, as did Lost Transmissions, a film that seems to be banking solely on the inclusion of Simon Pegg. How they coaxed this Shaun of the Dead and Mission: Impossible star into a film about a schizophrenic record producer who goes missing is beyond me, but I can’t knock him for trying something a tad different.

Considering this is a debut picture, the rougher edges of Lost Transmissions can be forgiven somewhat. Showcasing a blossoming friendship between Hannah (Juno Temple), a shy songwriter, and her record-producing friend Theo Ross (Simon Pegg). With two strong leads at the core, and a handful of unexpected twists, Lost Transmissions is a very accessible drama, one that plays with a great deal of expected tropes and attempts to present a breach into the shady, layered music industry. The backstage drama, the repression of strong talent, and the egotisms at play in these moments. Still, we shy away from those moments to focus on Pegg, and the schizophrenia that plagues his character.

Pegg is, of course, rather solid. In the stage of his career where merely treading water is a success, he’s essentially carving out a staple type-cast for his later years, once the wave of success has washed up on the shores of ever-changing interests. His role as Theo sees him leave the confines and comforts of rather comical supporting players, stepping up to the plate as best he can. He and Temple give it their all, the consistencies surrounding their chemistry are more than enough to leave their mark on the narrative. But a leading duo is only as good as the performances that support it.

It’s the supporting performers around Theo and Hannah that are the main issue, though. Their faux care for Theo blends poorly with their seemingly genuine needs to help him, and the memories they have of the times they aided him before. Everything else falls to the wayside, and the various subplots that surround Theo and Hannah’s trip through various medical centres, parties and recording booths take centre stage. Hannah’s life is thrown through the wringer with her dedication to Theo, but it all feels inarticulate and underwhelming. The few scenes we’re shown of her working toward her dream don’t feel all that inviting or fleshed out, but perhaps that was the point. To show the reality of your dream position in life is sometimes not what you’d expect it to be.

Problematic and a bit unfocused, Lost Transmissions has the core elements of a strong drama at its heart, but never quite manages to make a convincing enough statement. By the end of it, though, I was satisfied. Few films capture the difficulty of dealing with addicts or those struggling with their mental health, and ever since my conversation with comedian Richard Lett, subject of the superb documentary Never Be Done, I’ve re-evaluated my relationship with films and those who simply aren’t in the right state of mind. It’s a solid film, one that relies heavily on the charms of its leading performers, and their uphill struggle in the face of a talented man’s mental illness.