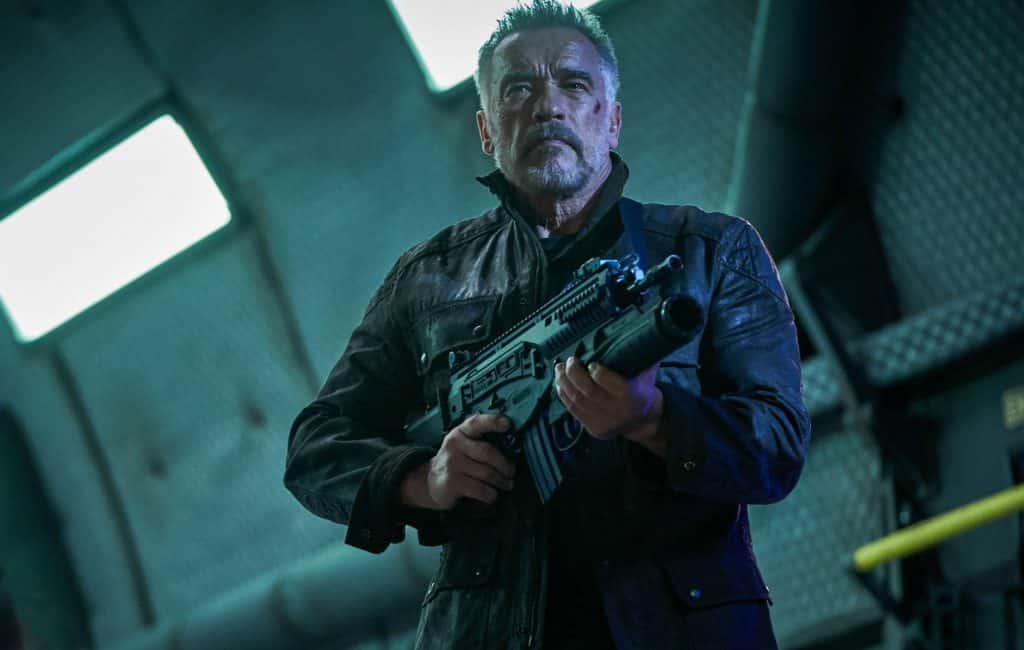 Back in the early 1980s, a robotic Arnold Schwarzenegger swore that he would “be back”. He wasn’t joking, and ever since uttering those immortal, quotable words in The Terminator, he’s been coming back for more and more over the course of the past twenty years. Terminator: Dark Fate is the third attempt at rebooting the Terminator franchise, and it had better be the last. I’m quite sick of Arnold promising to regroup with us at a later date, especially now that he’s grizzled, older, and retired from mayoral duties in some small part of America I don’t care for. His return to Hollywood has been less than stellar, a track record littered with poor quality action films and nothing more. It’s hard to see Terminator: Dark Fate as anything more than that.

The convoluted nature of The Terminator and its timeline is something I’m only familiar with in passing, but Terminator: Dark Fate looks to retcon any release following Terminator 2: Judgment Day. A wise move, and the only correct decision made by director Tim Miller in this complete car crash of a film. Those that thought Terminator: Genysis was a dire product will be in for a surreal ride as we follow a procession of new, bland characters teaming up with Sarah Conner and the original T-100. Pulling Schwarzenegger and Linda Hamilton back into the fray is a great way to get the branding across, to pass the torch well enough, but it’s a horribly boring piece, and neither of them come out of this one unscathed.

Hamilton in particular comes across as rather underwhelming. On auto-pilot for most of the piece, her return as Connor marks a miserably bland performance. No fault of her own, of course, as it’s down to the incredibly horrid efforts of writer David S. Goyer. He fails to bring any sort of interest to this piece, filled to the brim with clunky action, dire performances from actors who are usually up to this sort of challenge, and, worst of all, a director who has no clue what to do with his characters. We trundle along, jumping from grey backdrop to orange backdrop, and then back to grey again as we filter through some of the most underwhelming scenarios and settings ever put to film.

I’ve no love for this series, but I cannot fathom how upset or crushed fans of the series must be. Don’t get attached to things, that’s my advice. Disappointment is inevitable, and with Terminator: Dark Fate, the disappointment runs thick and fast. Some will write this off as mediocre, a mildly disappointing time for all involved, both crew and audience. I do think it runs deeper than that for Terminator: Dark Fate, how something so packed with vague talent and cash can come across as purposeless and impractical. It’s a slap in the face to the few fans of the franchise lingering around for further instalments, and it’s a horrid waste of my finite time.