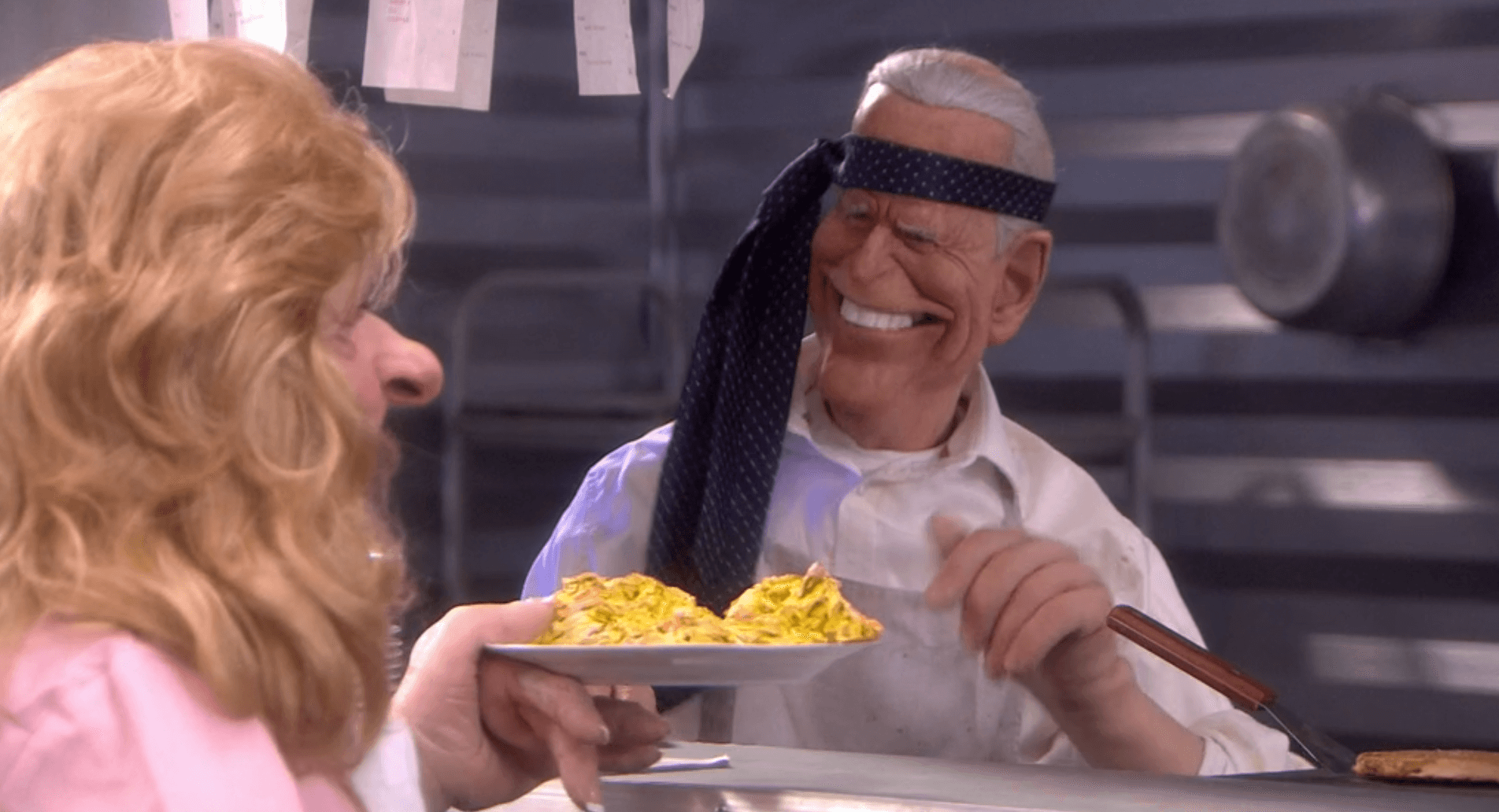 As if it were a blessing in disguise, I took an impromptu holiday today. It wasn’t out of choice, I was forced into it after losing my hearing and contracting coronavirus. The only benefit was that I missed out last week’s episode of Spitting Image. Not viewing the twenty minutes of raw sewage spewed from that dwindling nonsense made me long for the days before its reboot. But, the inevitable return to writing had the inescapable suffering of watching the latest episode of this unfunny shtick, a show that is currently dying a slow, agonising death on the Britbox platform, solely because it can’t keep up with Twitter comedians and the larger-than-life debutants that pollute our eyes and ears.

Caricatures of Joe Biden working in a fast-food diner for reasons I don’t understand, this episode is an absolute catastrophe. Maybe I missed something in my feverish state of coughing and napping, where Biden flipped up a storm in a local diner, but it’s one of the many jokes in this episode that doesn’t know what it wants to be, or what it intends to do. Angela Merkel makes an appearance too, fronting a makeup line that’ll revive the German economy. One of the many ideas that’s good on paper, but dreadful in action. Even the slapstick with Prince Harry’s brief appearance doesn’t work, mainly because it doesn’t go far enough.

Puppetry has the benefit of not doing physical harm, so to see out there portrayals would be expected. Instead, we’ve got puppets that stumble between too grounded, and too out there. The more emphatic moments feel agonisingly staged, loose in their vague ability to cajole public figures into rather random bouts of poor writing. As this series drones on, the writing becomes the forerunner of the problems found within. Baby Yoda makes an appearance too, which, at this point in time, should be a prime example of just how outdated the writing is as soon as it hits the screen. I’m not sure the love for The Mandalorian has died out just yet, but throwing in Baby Yoda, and one that avoids all the copyright laws at that, is just an odd choice, especially when it’s a forgettable throwaway joke.

Classic Spitting Image had impact, the politicians and public figures it riled up created permanent, lasting impressions that broke careers, startled the public, and shed light on lesser-known controversies. This new presentation can’t hold a candle to the original, not in satire or in humour. Horrendously dull, and annoyingly poor, this inconsistent series has hit a new low, something I expect will happen weekly now as these episodes drone on for all eternity.