PUBLISHED – Get to know the North-East’s latest girl band Armpit and the Glitter babies and find out just what it is that makes them different from the rest.

Armpit and the Glitter babies is a newly formed girl band from Hartlepool. Being together just over two months now they’ve had a few gigs, recorded their first single and are ready to stage their very own music video.

Victoria, Gabby, Demi, Grace and Amy all study music at Hartlepool Sixth Form College and came up with idea to start a band, when they realised there wasn’t much to do in their home town.

The girls are heavily influenced by the Riot Grrl movement, which started in America in the ‘90s.

Demi said: “Women got the nickname ‘the coat hangers’ as at punk gigs they were always pushed to the back behind all of the men.”

“It is an underground feminist hard-core punk movement and everything they stand for to their fashion sense influences us as a group.”

Victoria said: “But we want to put our own twist on it. We sing about similar topics but want to have more fun with it, as we don’t take ourselves to seriously.”

The band are ready to release their first single Nip Slip which covers the topic of supermodel Heidi Klum when she suffered an unfortunate bikini failure, whilst saving her son and nanny from a riptide.

Amy said: “Instead of approaching the topic as heroism the media turned the attention to Heidi’s mishap which a lot of peopled labelled as sexist.”

“We just thought it was ridiculous so we wrote a song about it.”

The band has a second song ready for release called Razor burns and hairy legs. And are ready to record their first ever music video, which they want the public to be involved in. 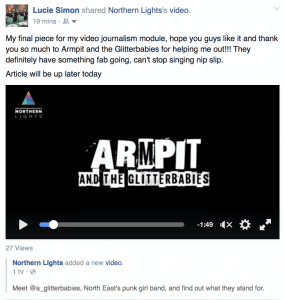 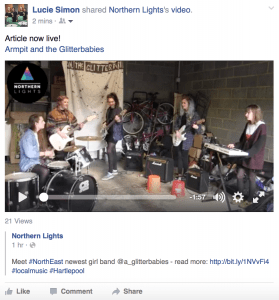